Paul Stirling can repeat what he did when the two sides met earlier in the competition.

The upcoming Central Group match of the T20 Blast 2020 is all set to be played between Northamptonshire and Worcestershire at the County Ground in Northampton.

Having said that, Worcestershire are currently in a bad state and suffered a 9-wickets loss in their last meeting against Northamptonshire. Paul Stirling’s all-round brilliance helped the Northamptonshire record a comfortable away win back then. A big win in this match can take Northamptonshire to the top of the Central Group standings.

There is a 20% chance of rain in Northampton on Tuesday evening. The temperature is expected to be around 25 degrees Celsius.

The pitch at the County Ground in Northampton has been good for batsmen. The home side has been able to reach the 150-run mark in all the three home matches so far. Spin bowlers have achieved lesser success than the fast bowlers.

Jake Libby was the top-scorer for Worcestershire in the last match against Warwickshire. He scored a brilliant 40-ball 63 after coming out to bat at number 3.

Joshua Cobb bowled a tidy spell of 1/17 in the last game against Glamorgan even though his team lost the match by seven wickets. He bats at number three, so he can score many points.

Paul Stirling played a phenomenal knock against Worcestershire earlier in the league. Also, he is Northamptonshire’s leading run-scorer in this year’s T20 Blast. The Irishman can repeat the feat against the same bowling lineup once again.

Ben Cox has looked in good touch in this T20 Blast season. He is his side’s second-highest run-scorer with 146 runs in six innings. He can be a good pick for your Dream11 fantasy side. 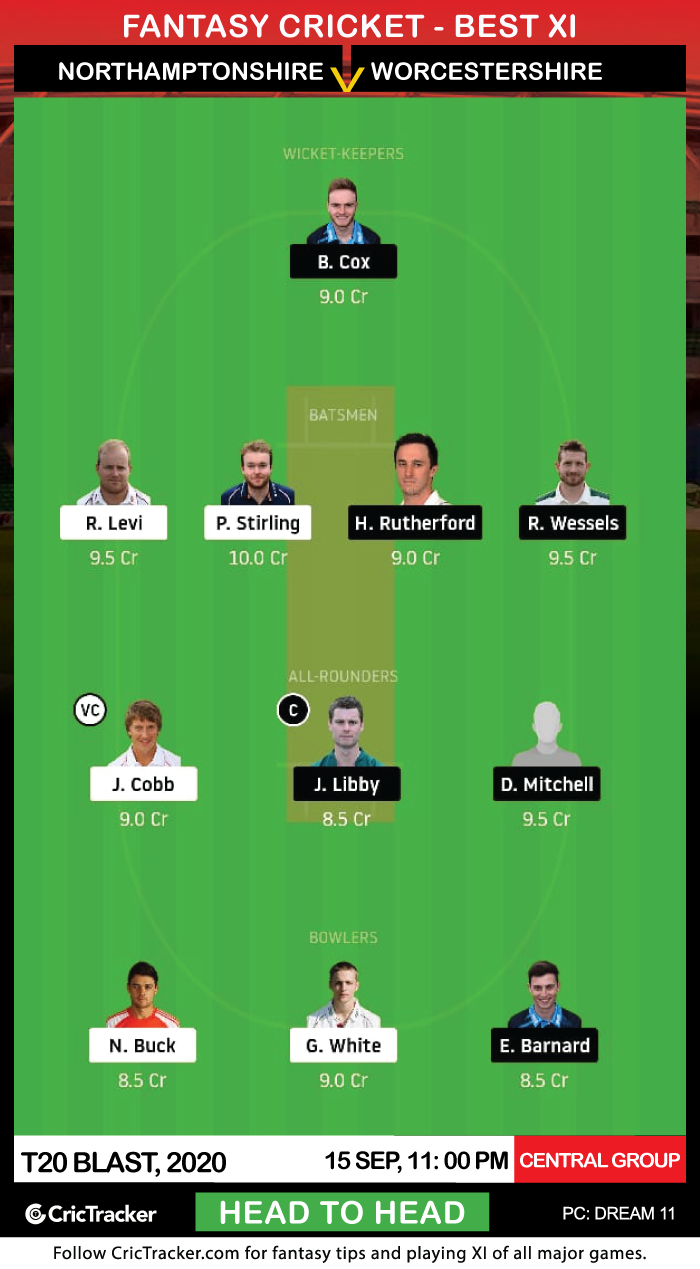 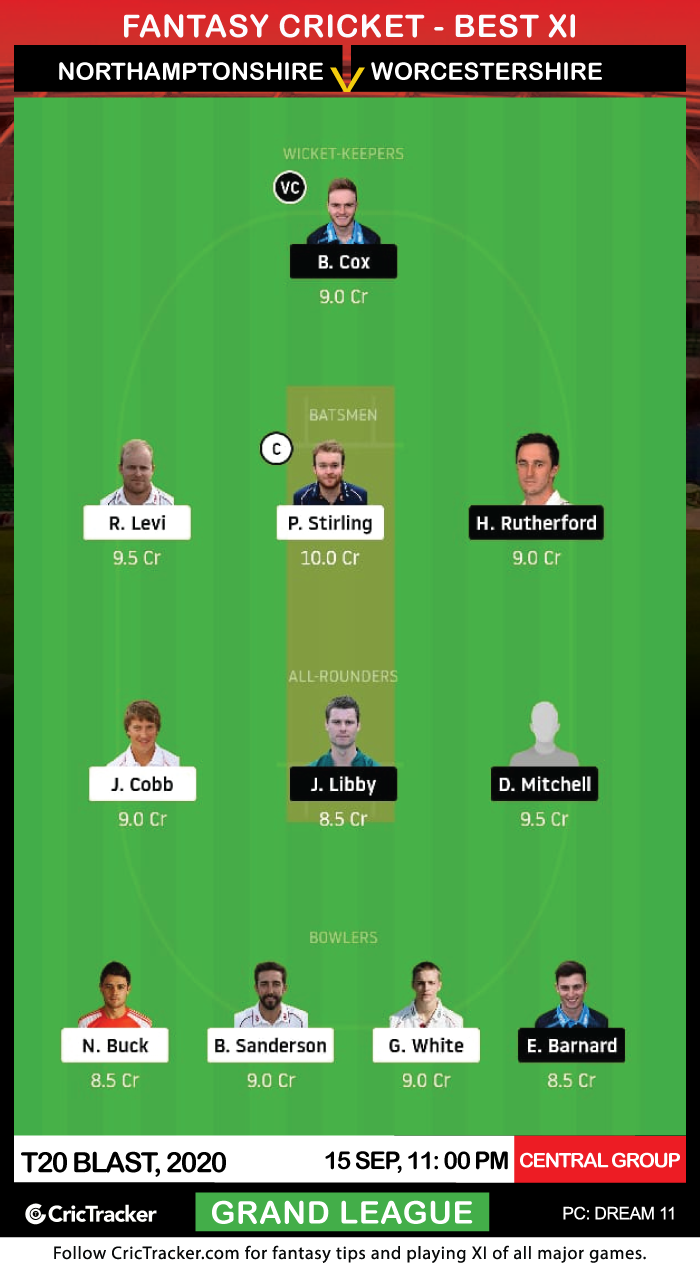 Graeme White has scalped ten wickets in six matches of T20 Blast 2020. He is the most successful bowler among both sides and can prove to be a differential in this contest. It is advisable to pick him in your Dream11 fantasy team.

Northamptonshire is expected to win this match.