It is advisable to pick in-form Jake Lintott in your Dream11 fantasy team.

The Central Group match of the T20 Blast 2020 is all set to be played between Warwickshire and Worcestershire at Edgbaston in Birmingham.

After recording a close win over Northamptonshire in their previous game, Worcestershire will lock horns with Warwickshire in the Central Group. The two counties had met in Worcester last Sunday, where the visitors emerged victorious by six wickets. Worcestershire will be keen to avenge that loss in Edgbaston on Friday.

Worcestershire has won only two of its last five matches, and the margin of victories has been slender. Warwickshire is at the third position on the Central Group standings. They have three wins in the last four matches and a victory on their home ground on Friday will help them attain the second position on the points table.

The skies are expected to be clear during the match time. There are no chances of rainfall, and the temperature will loom around 12 °C.

The first two games of the season at Edgbaston were affected by rain, but the last three matches have been played as per the schedule. The pitch has assisted the batsmen. However, the last match was a low-scoring thriller.

Hamish Rutherford played an excellent knock of 62 runs against Northamptonshire in the last match. The opening batsman smacked six fours and three sixes in his 37-ball innings.

Although Warwickshire suffered a big defeat at the hands of Gloucestershire in their previous outing, Sam Hain impressed in the second innings with a 34-ball 43. He can perform well on the batsman-friendly track at Edgbaston.

Jake Libby has been the leading run-getter for Worcestershire in this competition. The top-order batsman has aggregated 271 runs in seven matches, with his batting average being 45.16.

Olly Stone has been the most successful bowler for Warwickshire in T20 Blast 2020. He has dismissed 12 batsmen in seven matches. Although he has been a bit expensive, he can be backed to give you good returns if you include him in your Dream11 fantasy team. 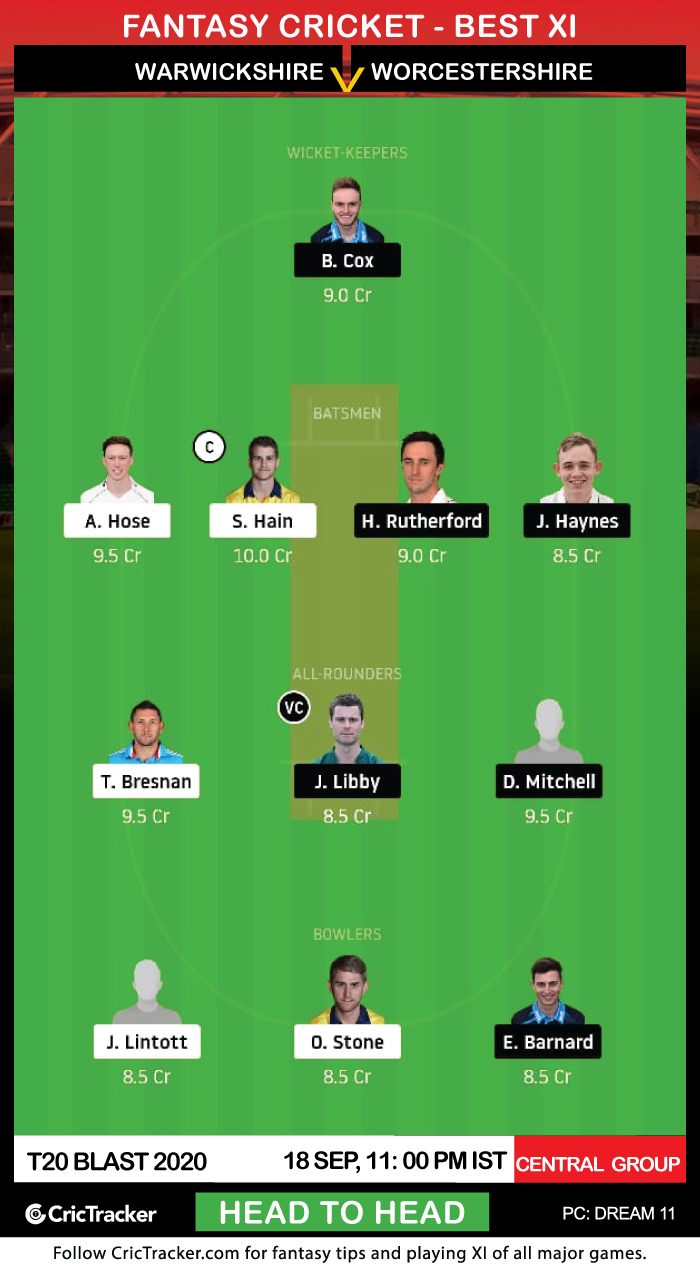 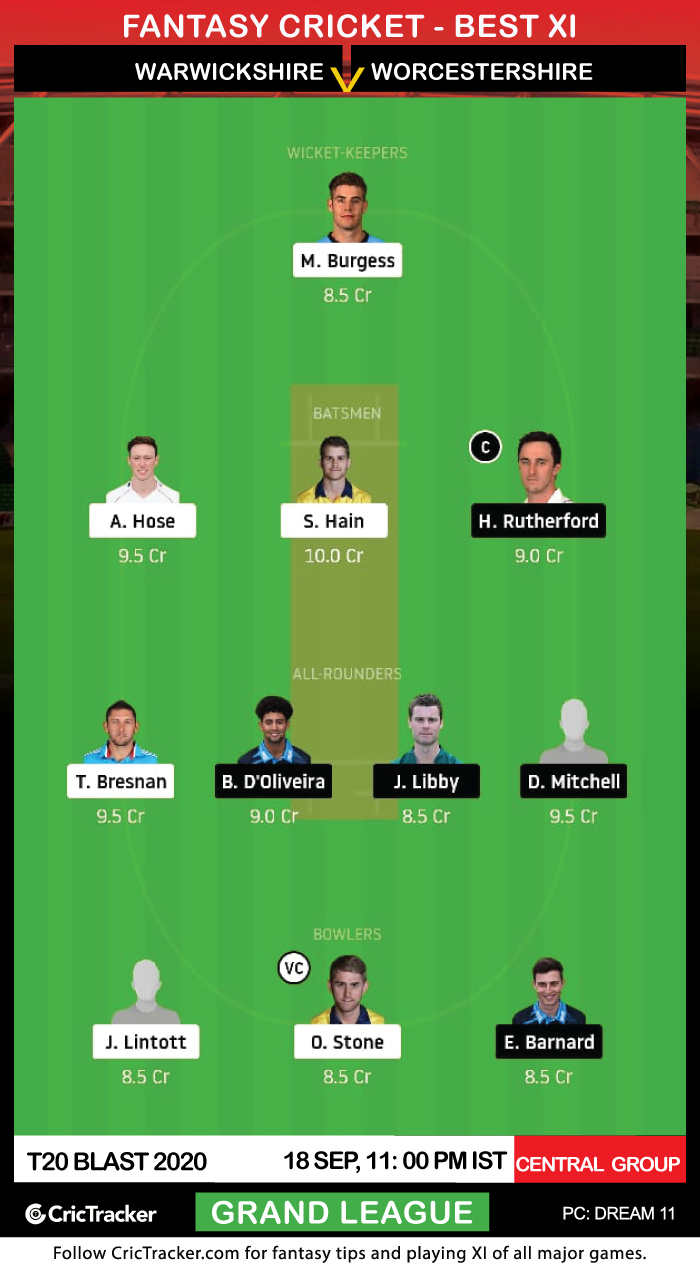 Jake Lintott has been the most effective bowler for Warwickshire in T20 Blast. He has picked up seven wickets in seven matches while giving away runs at an economy rate of 5.50. His best figures of 3/11 show that he can make a huge impact with the ball if he finds his line and length. It is advisable to pick him in your Dream11 fantasy team.