Babar Azam is available to play and he should be your captain.

The Central Group match of the T20 Blast 2020 will be played between Worcestershire and Somerset at Edgbaston, Birmingham

The Match is scheduled to start at 1:05 PM local time (5:35 PM IST) and the match is being streamed live on Sky Sports Cricket.

It’s a crucial match for both the teams. Worcestershire are placed at the bottom of the table in the Central Group after 3 matches and are yet to win a match. With some exceptional bowling from Ben Green (4/26) and 74* with the bat from skipper Tom Abell, Somerset have won convincingly against Glamorgan with 8 wickets and 23 balls to spare.

With the return of Babar Azam and captain Lewis Gregory after national duty, Somerset has an upper hand against Worcestershire though the latter side is leading the head to head battle by 3-2 in the previous five encounters.

It will be cloudy in the afternoon with a temperature of 19 degrees Celsius.

Considering the previous matches at Edgbaston it’s a bowling friendly wicket,who ever wins the toss should opt to bowl.

Babar Azam and Lewis Gregory are available for selection and Craig Overton is rested.

Jack Haynes has contributed with the bat with scores of 23 & 41 in the last 2 matches and is expected to continue in the same vein against Somerset.

Hamish Rutherford, the overseas player, has had a decent tournament with the bat scoring 30 & 5 runs respectively in the last 2 matches.

Tom Abell, Somerset skipper, has scored 79 runs in 2 matches so far at the strike rate of 146.

Babar Azam scored 77 runs in the last two T20Is he batted. He was a star player for Somerset last season as well. He will be once again opening the innings and is expected to shine. 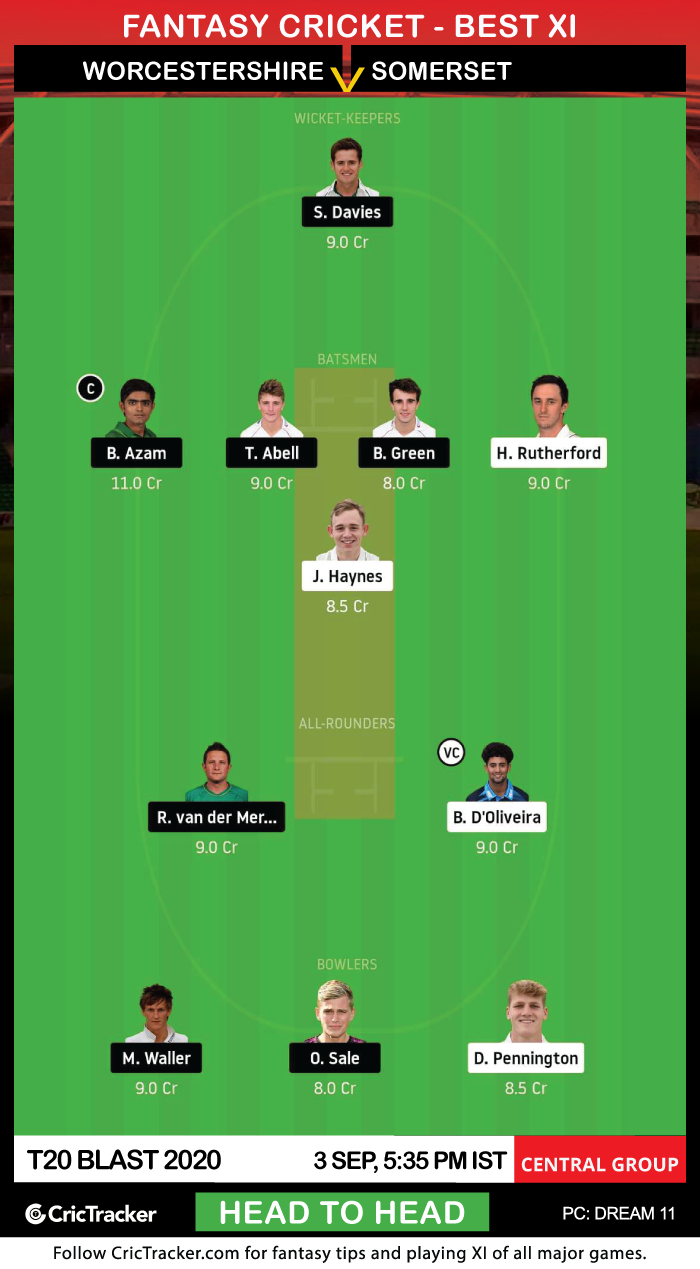 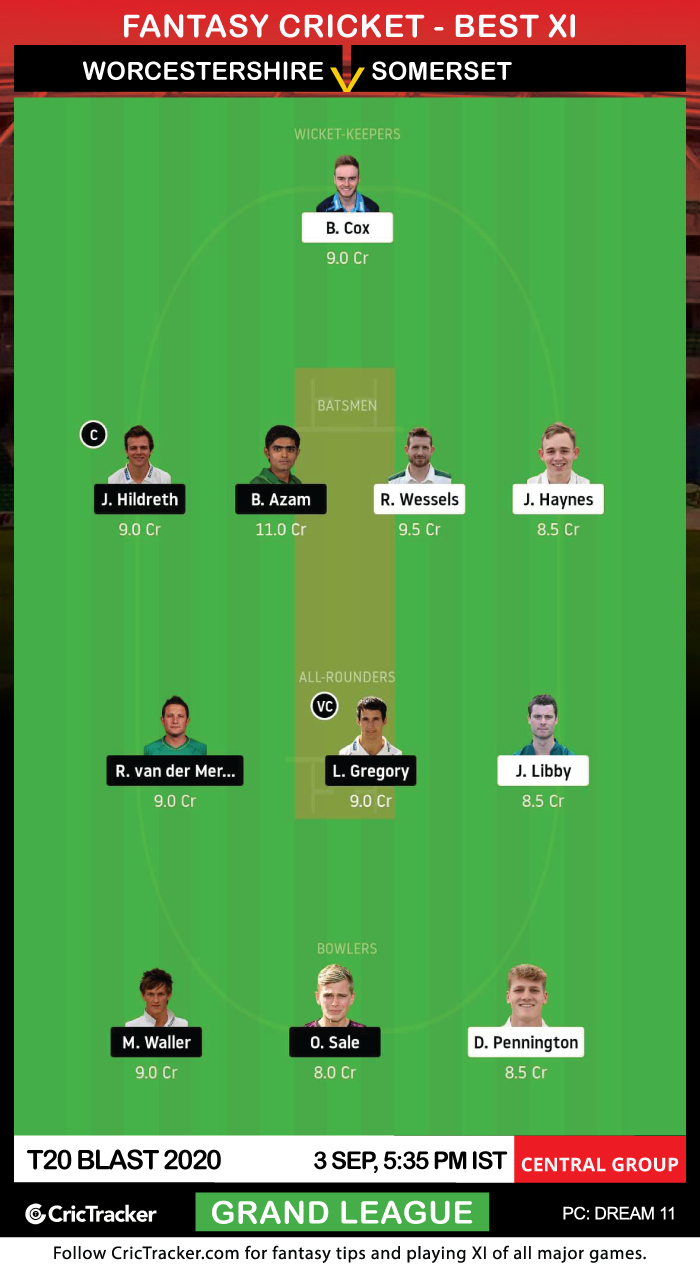 Max Waller has picked up 2 wickets in 2 matches with an economy of 6.12. He can be picked in Grand League teams as he is not picked by many.

Somerset is expected to win this match