Colin Ackermann is a popular captaincy pick for this match. 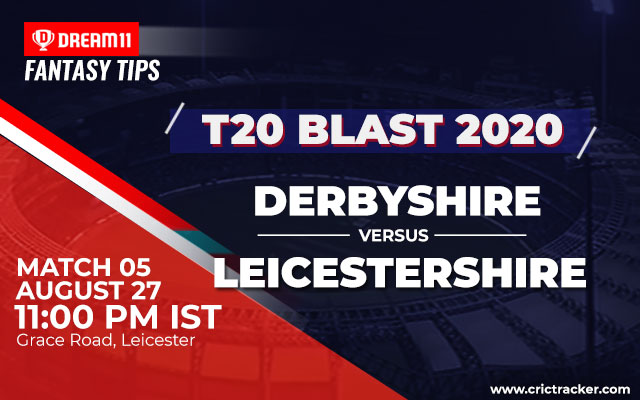 The 6th match of the Vitality T20 Blast 2020 is all set to be played between Derbyshire and Leicestershire at the Grace Road Ground.

Starting off their campaigns in the Vitality Blast T20 competition 2020 will be Derbyshire and Leicestershire when they face off against each other on Thursday evening. Both the teams coming into this tournament would be short on experience, in terms of playing at the ground and would have a lot to figure out when they step on to the field.

Given the fact that they are inexperienced in terms of pitch behaviour and what combination of their team would work the best on this surface, things would be balanced between the two sides. Both the teams would be rooting for a win, starting their campaign on a winning note.

Thursday’s weather forecast does not look particularly good for a cricket match, as there is a 90 per cent chance of rainfall and the temperatures are expected to be in the 13 to 16 degree Celsius range.

The pitch at the Grace Road Ground will be balanced for the most part and the only players who would have a little room to work with would be the pace bowlers.

Wayne Madsen was his team’s top run-scorer of last season of this tournament and will be looking to make it big in this edition of the tournament too. He played 13 matches and scored a total of 464 runs at an average of 46.04 and a strike rate of 146.83.

Colin Ackermann contributed to his team’s campaign last season both with the bat and the ball. He played 13 matches and scored 348 and took 12 wickets too. 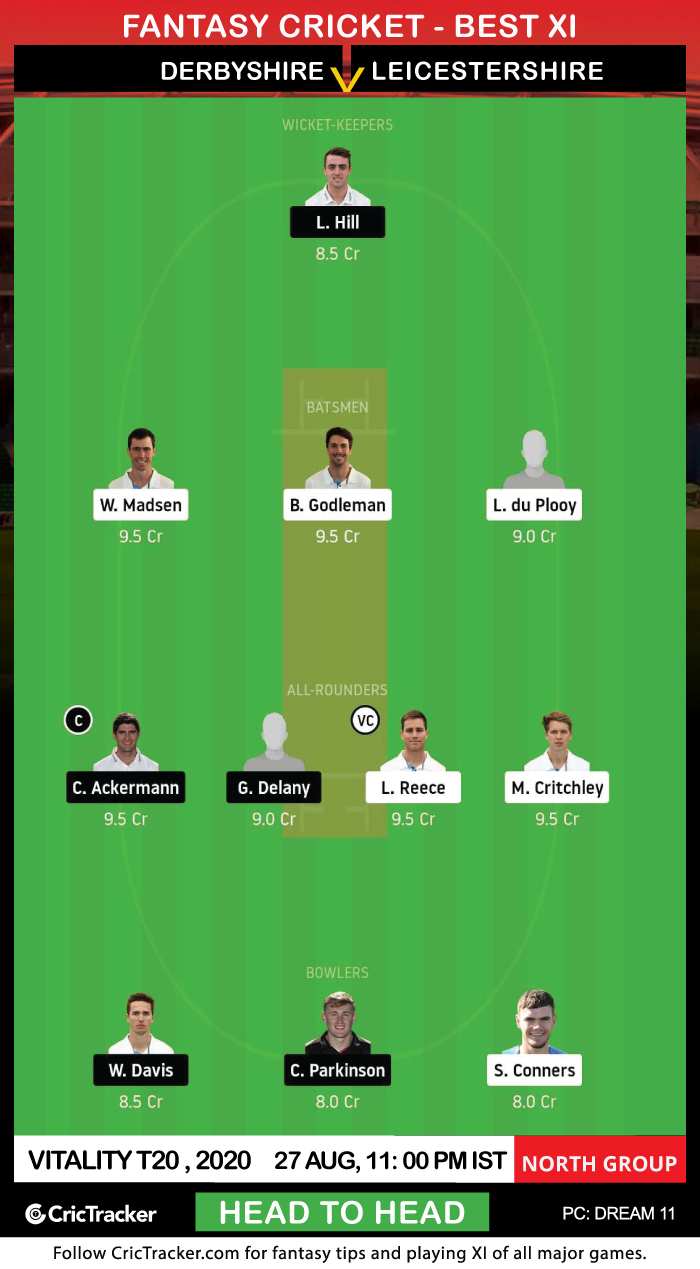 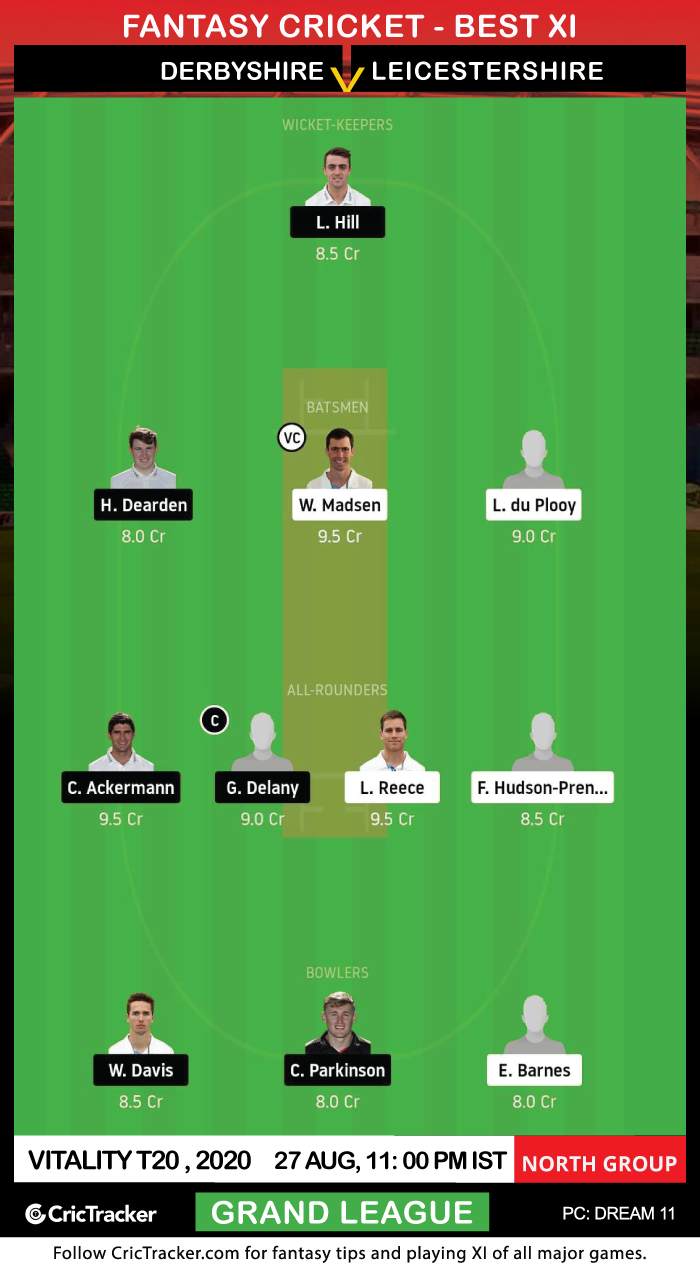 Leus du Plooy was in really great form last season and was also a part of the list of players that would be playing in this match, but was picked in only 5.17 per cent of the teams at the time of writing. Nevertheless, he is a player with a lot of potential and is a must pick in your team.