Alex Lees scored a 39-ball 51 with help of five boundaries against Lancashire.

The North Group match of the T20 Blast, 2020 will be played between Durham and Nottinghamshire at the Headingley in Leeds.

This match can be viewed on the Fan Code app in India.

Durham and Nottinghamshire will clash off during the North Group match of the T20 Blast 2020 at the Headingley on Saturday. Durham’s first game against Lancashire at the Chester-le-Street on Thursday has been the only completed match across the first two days of this season’s T20 Blast. Durham lost the match by 27 runs as they posted only 163/7 in response to Lancashire’s total of 190/3. The game on Saturday afternoon could seen Nottinghamshire taking the field for the first in the tournament as their first match against Yorkshire got abandoned.

Another frustrating day at Headingley awaits with showers and light rain predicted for the afternoon during the match.

The Headingley in Leeds hosted five matches during the 2019 T20 Blast where no team posted a total less than 170 while batting first. Hence, we can see teams preferring to bat first here and post a winning total.

Joe Clarke had only two fifties from 11 matches in 2019 T20 Blast but can be expected to do better this time.

Alex Lees scored a 39-ball 51 with help of five boundaries in Durham’s first match against the Lancashire.

Scott Steel scored 369 runs during the 2019 T20 Blast at an average of 33.54 and also claimed five wickets in seven innings. 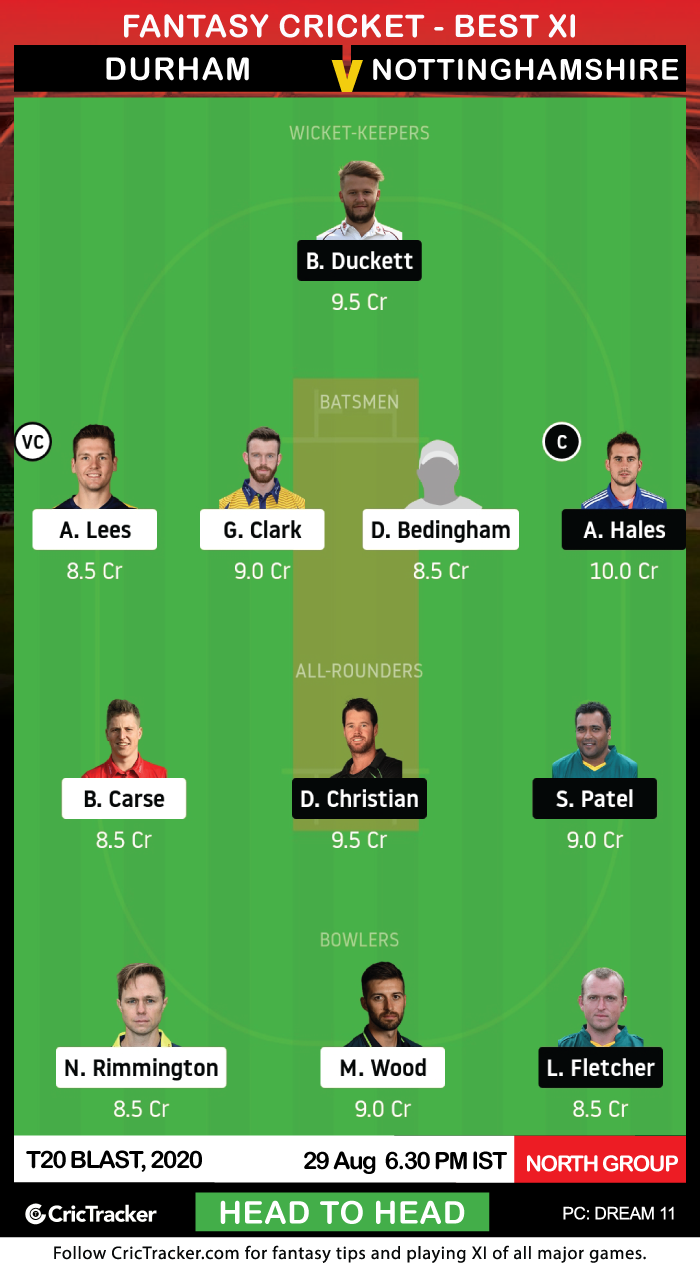 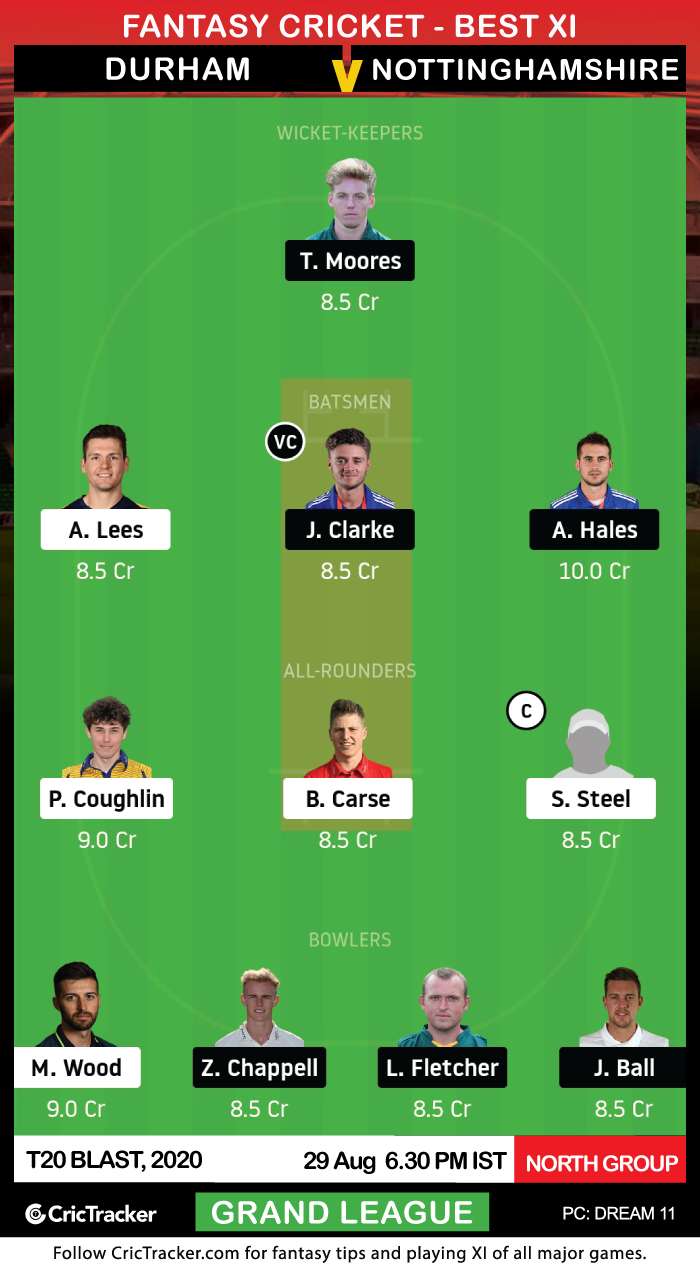 Players like Ben Raine and Sean Dickson are pretty much suitable to the T20 format but neither of them got a chance to play in the first match. The players whom they could replace did perform well in that game despite the county lost by a big margin. If the two players get a chance to play on Saturday, they can be picked in the fantasy team.

Nottinghamshire is expected to open their winning count in the tournament by defeating Durham.