Having picked up 10 wickets, Tom Bailey can be a good pick for your Dream11 fantasy.

The North Group match of the T20 Blast 2020 is all set to be played between Lancashire and Yorkshire at Old Trafford in Manchester.

After beating Yorkshire by six wickets in their last match, Lancashire will be keen to record two consecutive wins over their rivals in T20 Blast 2020. Despite having the World No.1 T20I batsman Dawid Malan in their team, Yorkshire could only manage a total of 145/9 against Lancashire. Luke Wood and Matt Parkinson scalped three wickets each to derail the opposition team’s innings.

A solid fifth-wicket partnership between captain Dane Vilas and Rob Jones guided Lancashire home in the 18th over. Vilas will expect his top-order to perform better in the upcoming match. On the other side, Yorkshire’s batsmen will look to forget the last match and dominate the Lancashire bowlers from the start.

There are zero predictions for rainfall in Manchester on Thursday evening. The temperature is expected to be 11 °C.

Pakistan and England recently played a T20I series at this venue and the batsmen enjoyed batting at Old Trafford. This will be the first T20 Blast match of the season to be hosted by Manchester.

Adil Rashid and Joe Root will be available for Yorkshire. Matthew Fisher, Tom Kohler-Cadmore, Josh Poysden and David Willey will be unavailable after testing positive for COVID-19.

Saqib Mahmood will be available for Lancashire. Richard Gleeson and Keaton Jennings are likely to miss because of injury.

SL vs IND: Here is what Rahul Dravid told Dasun Shanaka on field during the 3rd ODI

South African speedster Duanne Olivier had bowled a terrific spell of 2/16 in the last match against Durham. The quick bowler can trouble the home team with his pace.

Matthew Parkinson returned with figures of 3/25 in the last match against Yorkshire. Although Joe Root’s presence will boost Yorkshire’s batting strength, Parkinson can be backed to pick multiple wickets in this game. He should get a nod in your Dream11 fantasy team.

Wicket-keeper batsman Alex Davies has been in sublime touch during 2020 T20 Blast. He has scored 206 runs in five innings for Lancashire at an average of 41.20.

Joe Root had scored 154 runs in 3 innings for Yorkshire before his departure. Since he has played three matches against Australia at Old Trafford recently, the English Test captain can make a massive impact in this match. He is also likely to roll his arm. 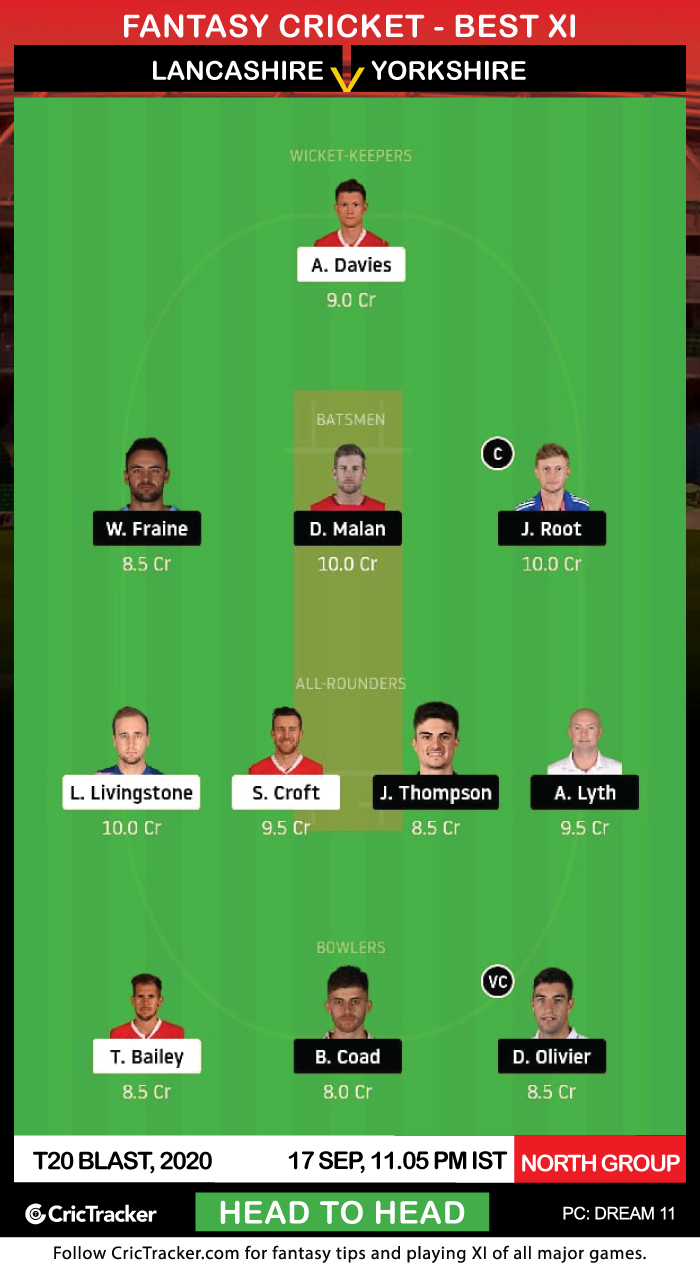 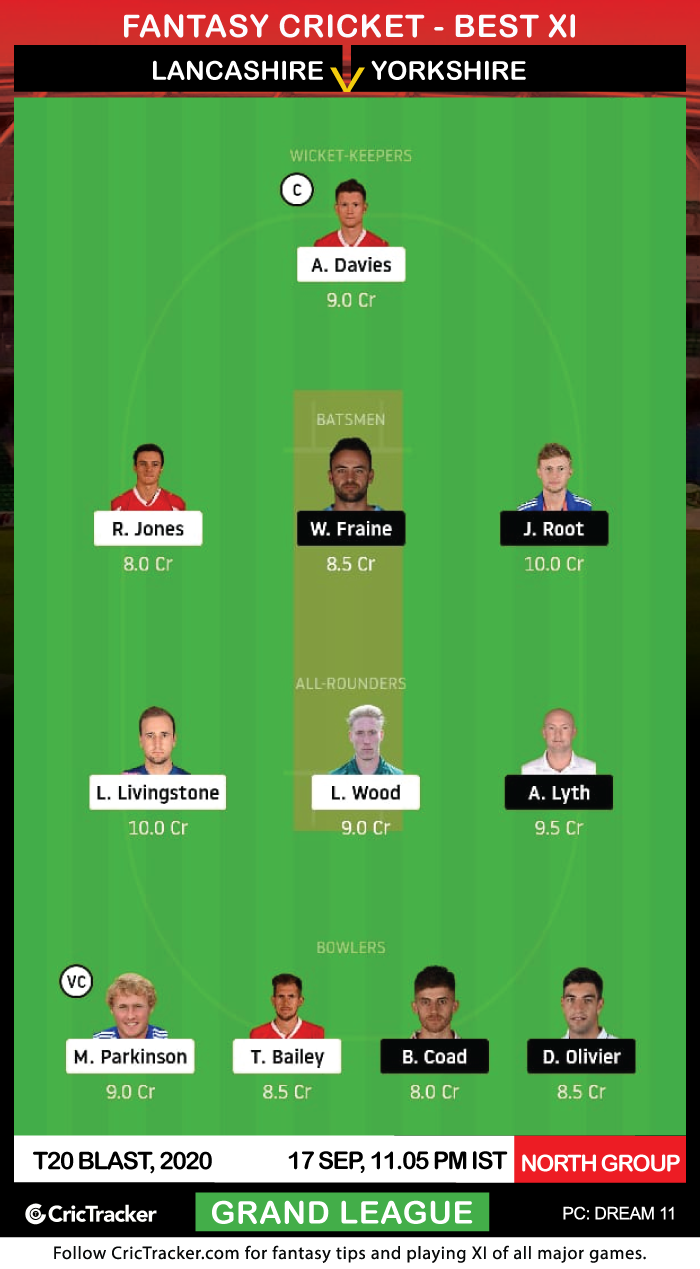 Having picked up 10 wickets, Tom Bailey can be a good pick for your Dream11 fantasy.

Lancashire is expected to win this match.