In-form Alex Hughes can be tried as a differential option.

The upcoming North Group game of the T20 Blast 2020 is all set to be played between Leicestershire and Derbyshire at Grace Road, Leicester.

The struggling Derbyshire side will face Leicestershire in the upcoming T20 Blast encounter at Grace Road on Tuesday. Their first meeting did not produce a result as the match was abandoned without a ball being bowled. Leicestershire lost their last match against Durham, where they failed to defend a total of 130 runs.

They are placed at the 3rd spot with seven points and would want to win this game to strengthen their position on the points table. On the other side, Derbyshire has struggled in this year’s T20 Blast so far, as they are sitting at the bottom in the North Group points table. However, both the teams will be keen to grab the two invaluable points which hang in front of them.

It is going to be mostly cloudy during the game with a maximum temperature of 24 °C and no rain is expected during game time.

The pitch at Grace Road has been good for batting. More than 180 runs were scored in both the innings in the last game played at this venue.

Arron Lilley, the leading run-getter for Leicestershire, has scored 192 from five matches at an average of nearly 40.

Gareth Delany has scored 162 runs at an average of over 30. In addition to that, he has also bagged five wickets. He is a must pick for your Dream11 fantasy side.

For Derbyshire, Wayne Madsen contributed well with the bat, having scored 136 runs at an average of over 27.

Alex Hughes looked good in the last game against Notts Outlaws as he scored 36 off just 20 balls and took two wickets in the game. He has an average of 30. 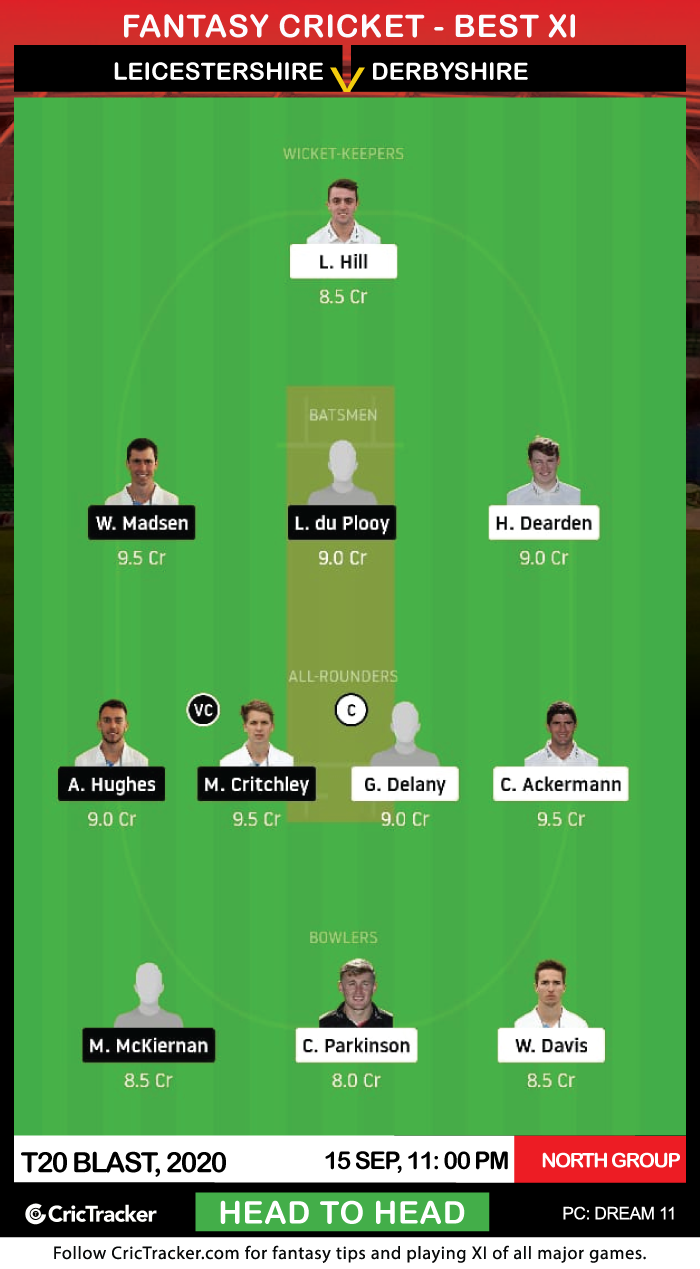 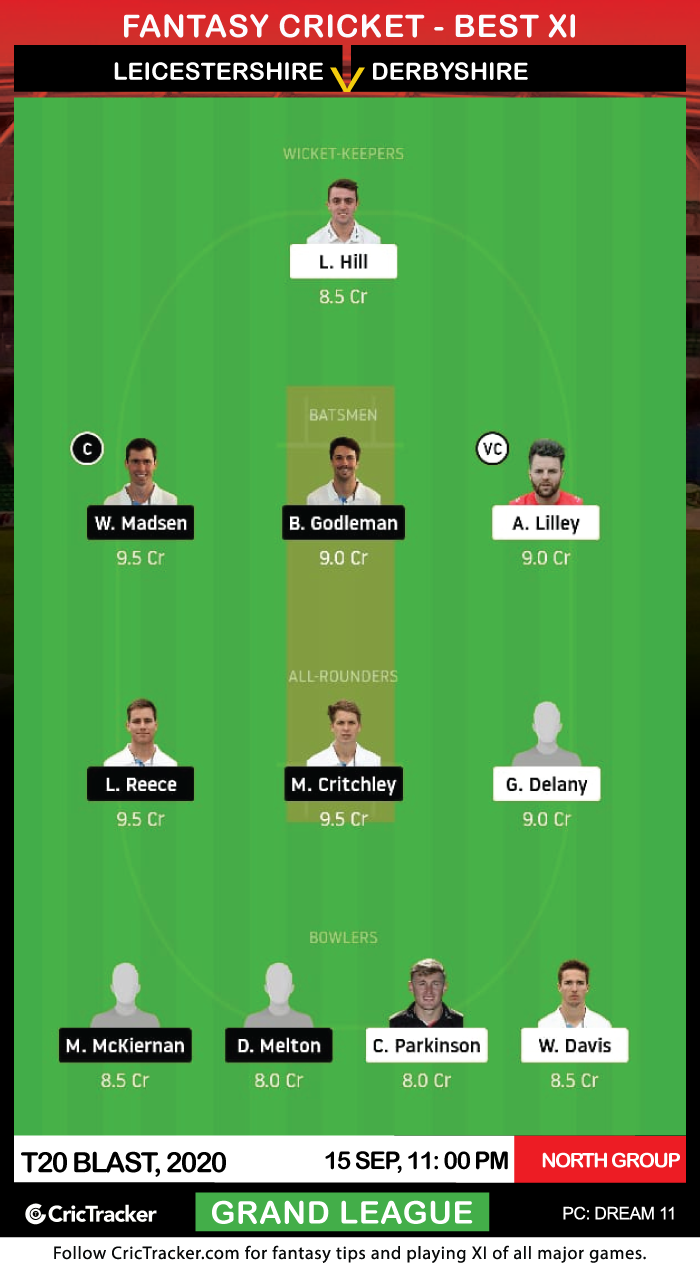 Alex Hughes looked in fabulous touch with both bat and the ball in the previous match. He can be tried as a differential option in your Dream11 fantasy side.

Leicestershire are expected to win this match.