The North Group match of the T20 Blast 2020 is all set to be played between Nottinghamshire and Derbyshire at Trent Bridge in Nottingham.

With three victories in their last three home matches, Nottinghamshire have a ton of momentum by their side heading into the match against Derbyshire. The Derbyshire county has struggled in the T20 Blast so far as it is at the last position in the North Group points table. Derbyshire has played six matches, recording four losses and zero wins.

There are no chances of rain in Nottingham during the match time on Sunday. The temperature will loom around 22 degrees Celsius.

In the three matches played at Trent Bridge in T20 Blast 2020, the pitch has been good for batting. The sunny conditions on Sunday could make it a perfect day for the batsmen at Trent Bridge.

Luke Fletcher is unavailable for Nottingham because of an injury.

Leus de Plooy scored a brilliant half-century against Durham the other day. He managed to aggregate 53 runs off 32 deliveries, slamming five fours and two sixes.

Joe Clarke has been the star for Nottinghamshire in this season. He has scored 202 runs in four matches at an average of 67.33. With one century to his name already, Clarke will look to destroy the Derbyshire bowling attack.

Since Luke Fletcher is unavailable for this match, Jake Ball will lead the Nottinghamshire bowling attack. Ball has picked up seven wickets in this season, which makes him the number pick from the bowling department.

Luis Reece opens the innings for Derbyshire. He scored a decent 34-ball 42 in the last match. Although he has a strike rate of 108.75 in this season, Reece can be backed to play a good innings on this track at Trent Bridge. Besides, he is Derbyshire’s most successful bowler this year. 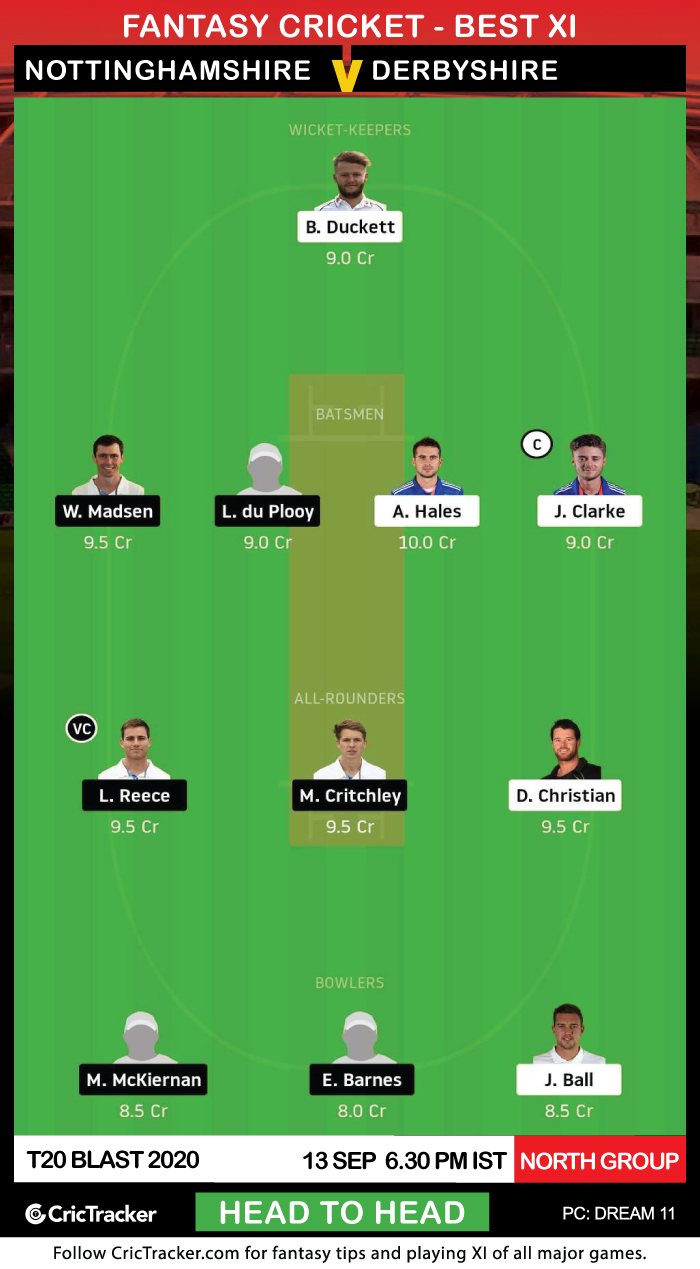 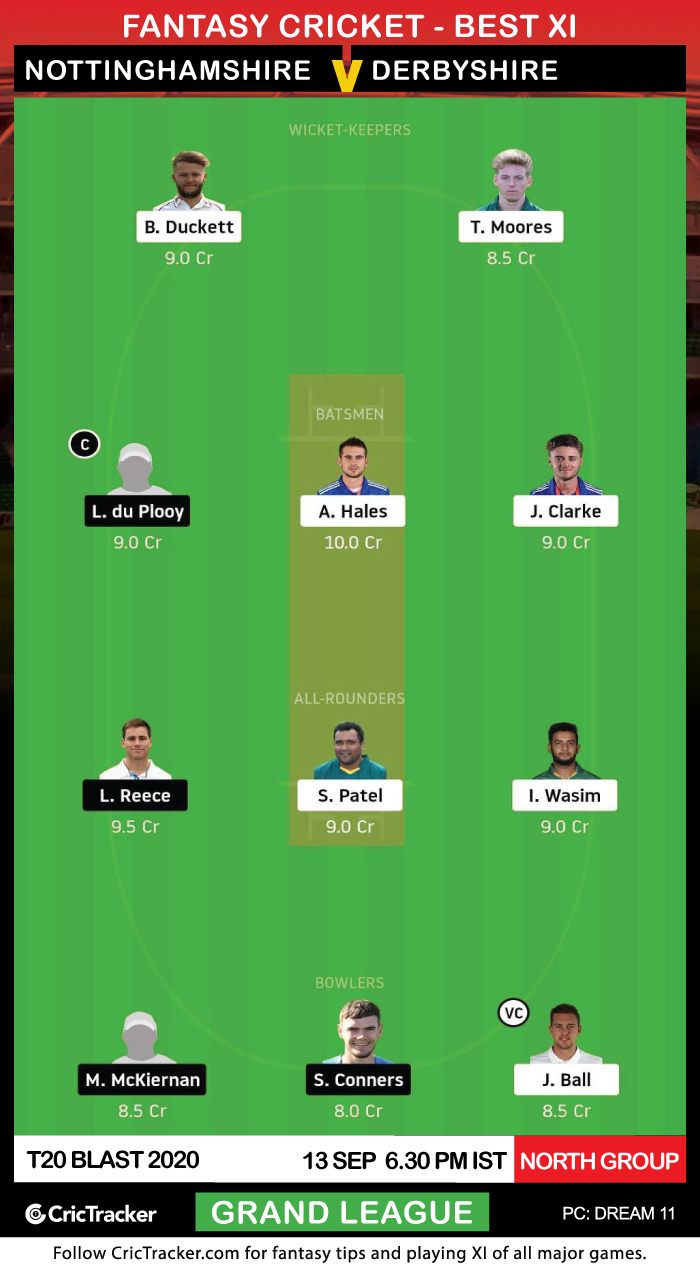 As mentioned, Ben Duckett and Alex Hales had played a magnificent inning against Derbyshire in their previous fixture. Both batsmen scored a half-century. It is advisable to pick both the top-order batsmen of Nottinghamshire in your Dream11 Fantasy teams..