Pick Alex Lees as a multiplier in your Dream11 fantasy team. He is highest run-scorer for his team in this T20 Blast so far.

The North Group match of the T20 Blast 2020 is all set to be played between Nottinghamshire and Durham at Trent Bridge in Nottingham.

There are no chances of rainfall, and the temperature will loom around 19°C.

The pitch at Trent Bridge has been favourable to batsmen so far. We can expect a high scoring match tomorrow.

Alex Lees is highest run-scorer for Durham in this tournament so far. He has scored 337 runs in 8 innings at an average of 56 and strike rate of 123.

Matthew Potts is the 2nd highest wicket-taker in this tournament. He picked up 3 wickets for just 8 runs in his last match against Lancashire.

Joe Clarke has scored 294 runs in just 7 innings for Nottinghamshire. He has been doing well consistently for his team.

Jake Ball is the highest wicket-taker for Outlaws with 12 wickets in 6 games and picked up 3 wickets in the last game he played. He should be included in your Dream11 fantasy team. 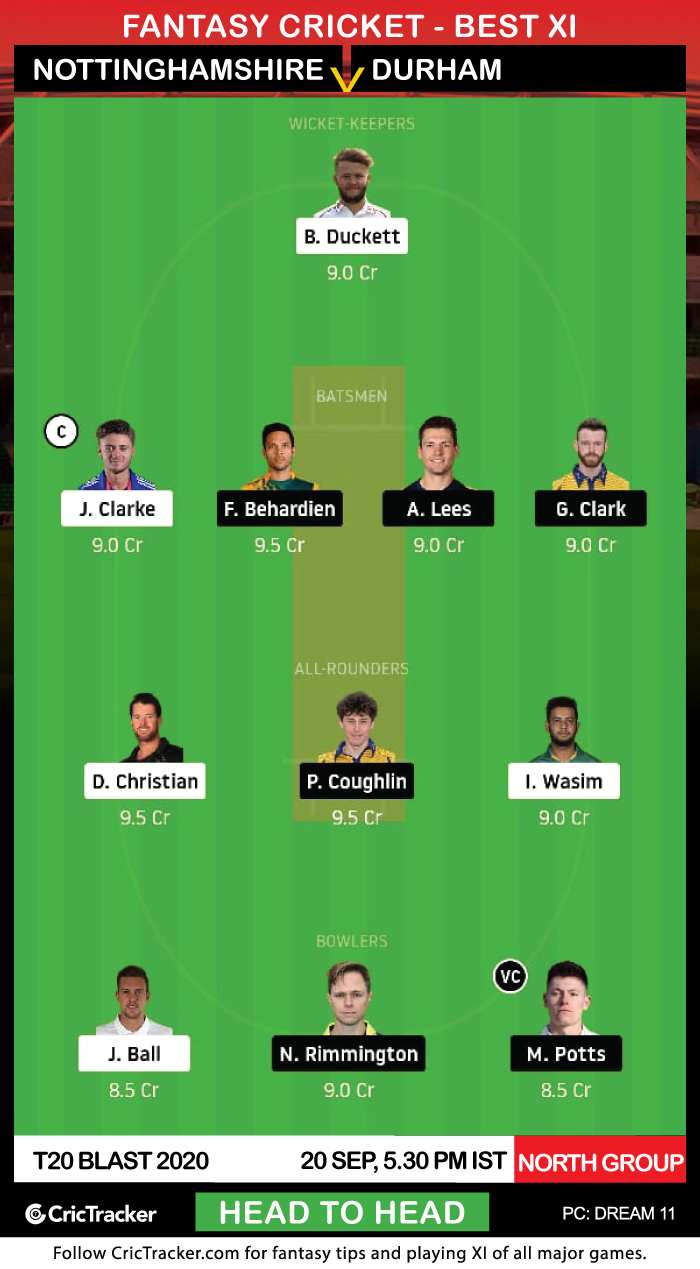 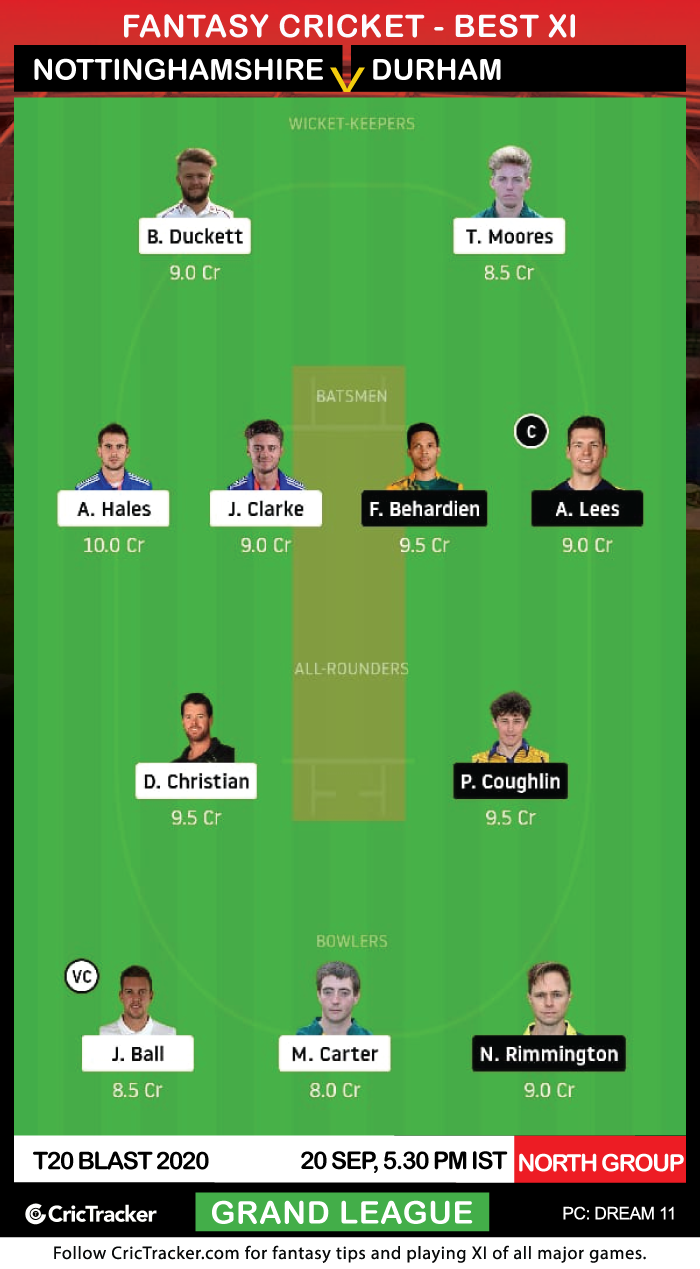 Pick Alex Lees as a multiplier in your Dream11 fantasy team. He is highest run-scorer for his team in this T20 Blast so far.