ICC U19 World Cup 2018 star Harry Brook could be a great differential in your Dream11 fantasy side.

Durham will take on Yorkshire in a North Group match of T20 Blast 2020, which is set to be a very crucial game for both the sides. The match is going to be played at Headingley, Leeds.

Yorkshire have missed several key players this year due to international commitments. They find themselves with just 2 wins in 7 games. Having lost their last two games, they come into this match with the sole purpose of rekindling their quarter-final hopes.

Durham on the other hand come into the game with momentum on their side. While they also have 2 wins in 7 games, after a horrid start they have been able to turn things around with victories in the last two games. They will hope to continue their winning streak.

Although a thick cloud cover with a moderate breeze is expected in Leeds today, with a temperature range of 10-17 °C, only 4% precipitation is expected at game time and we should get a full game.

The track at the Headingly has traditionally supported the batsmen wicket. The strategy for teams has been to bat first and score a big total in Leeds as batting becomes harder in the second innings. A similar trend could be seen in this match.

A few players in the Yorkshire camp have undergone the COVID-19 testing, which includes all-rounder David Willey. Yorkshire have not publicly shared the outcome of the tests. Dawid Malan is available after England national team released him early.

IPL 2020: Why MS Dhoni needs to bat higher up the order in subsequent CSK matches?

Adam Lyth has scored 241 runs in 5 innings this season at a strike rate of 169.7 and average of 48.2. He had scored a fluent 71 a couple of games back and is in terrific striking form.

Alex Lees has scored 256 runs in 6 innings with 3 half-centuries, at a strike rate of 128 and brilliant average of over 50. He scored a match-winning 77* against Derbyshire two games prior. He should be the first name on your Dream11 fantasy squad.

Dawid Malan is currently the number One T-20I batsman, according to ICC’s rankings. Though he might have played just one game for Yorkshire this season in the Blast scoring 27 off 24 balls in the last game, he has scored 224 runs of 7 innings in international T20 this year and has scored consistently runs.

Graham Clark has been at his aggressive best with 220 runs in 6 innings at a phenomenal strike rate of 180.3 and average of 36.66. 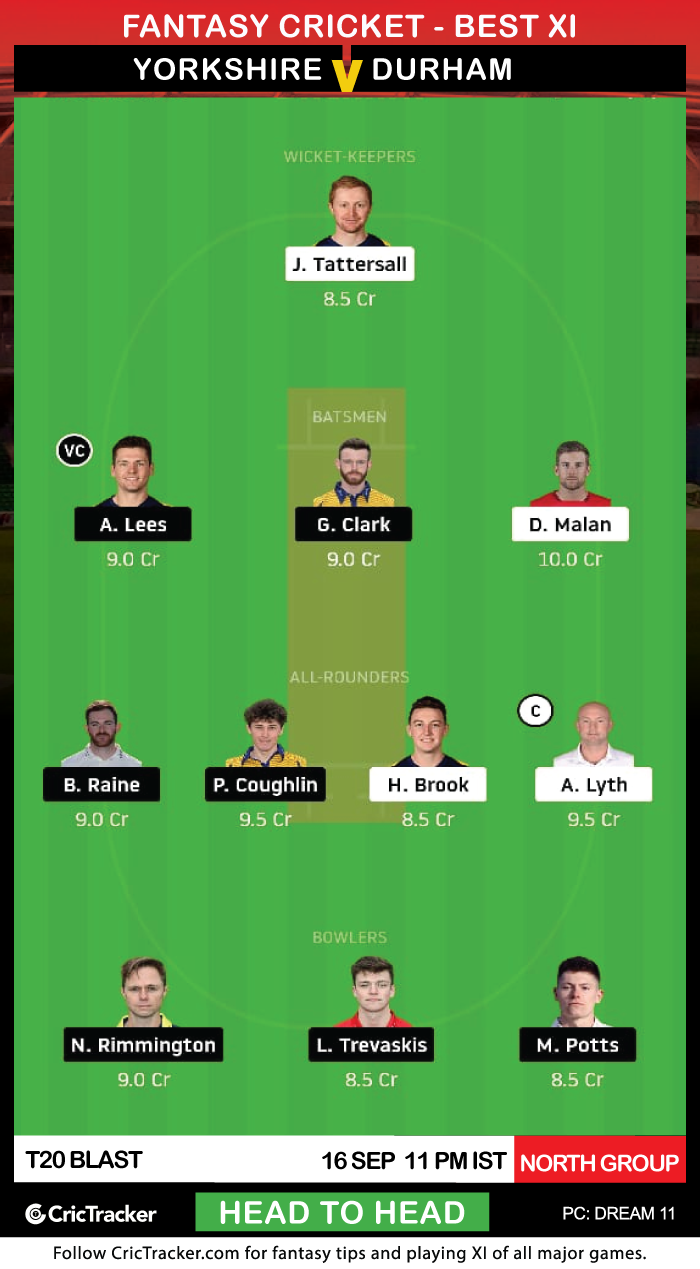 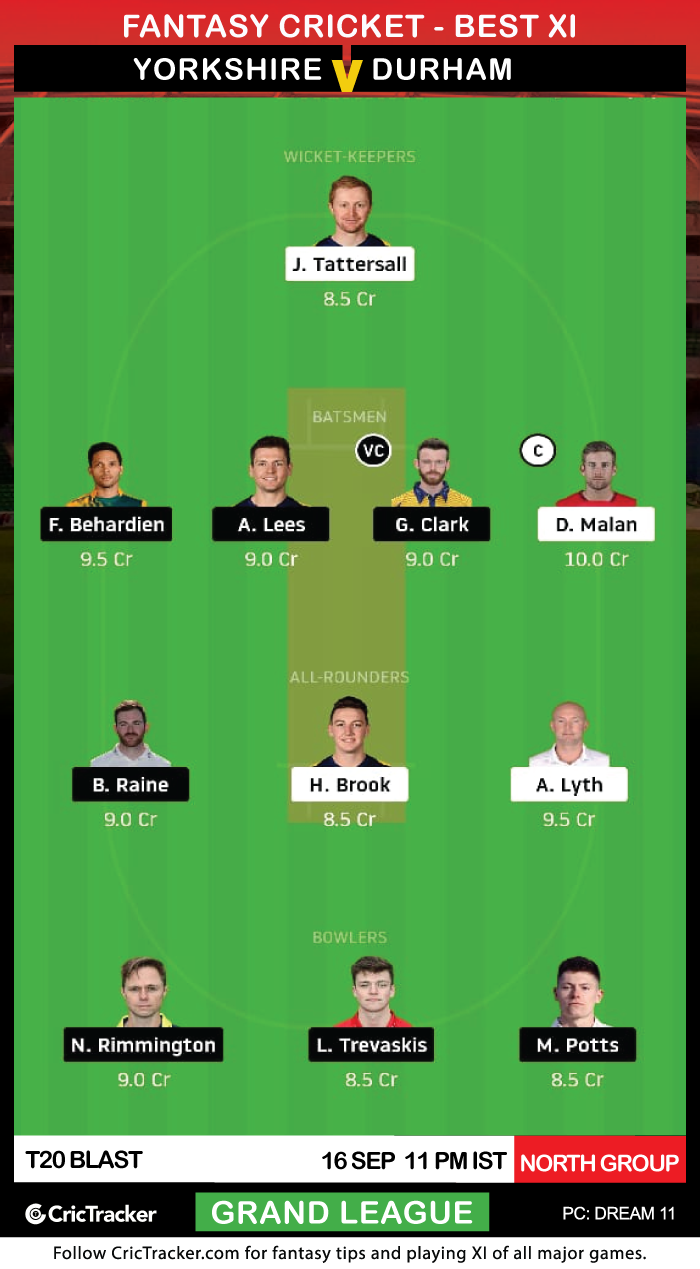 Harry Brook is a player to watch out for. He impressed one and all in the U-19 World Cup in 2018 and has 117 runs in 5 innings this season at a strike rate of 144.4. He could be a great differential in your Dream11 fantasy side.

Durham is expected to win this match.