Joe Root last played T20 Blast in 2018 where he scored an unbeaten 22-ball 51 with seven boundaries. 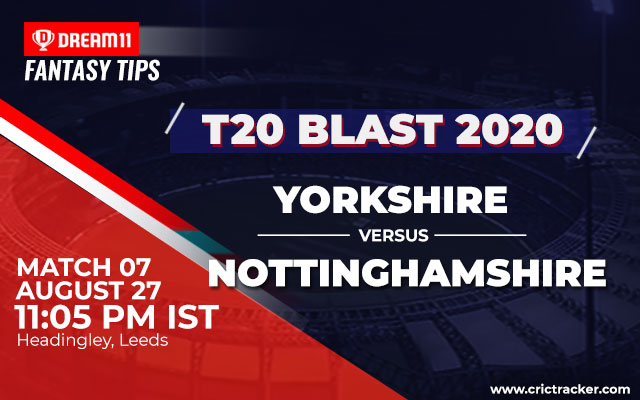 The North Group match of the T20 Blast, 2020 will be played between Yorkshire and Nottinghamshire at the Headingley in Leeds.

Yorkshire and Nottinghamshire will clash off during the North Group match of the T20 Blast 2020 at the Headingley on Thursday. Nottinghamshire made it to the semi-finals before being knocked out by the Worcestershire. They finished at No.2 in the North Group table by winning six of the ten completed matches. The Yorkshire team, on the other hand, hasn’t been able to perform well in the T20 format. The addition of Joe Root to their squad for few games is going to give them the stability in the middle-order.

The T20 Blast match between Yorkshire and Nottinghamshire is likely to be affected by the showers.

The average first-innings total in Leeds during the 2019 T20 Blast was 184 as no team posted less than 170 while batting first. The chasing team does struggle here as the pitch at the Headingley tends to slow down and bring spinners into the frame.

Joe Root last played T20 Blast in 2018 where he scored an unbeaten 22-ball 51 with seven boundaries.

Adam Lyth had amassed 379 runs and also claimed 12 wickets across ten matches in the 2019 T20 Blast.

Joe Clarke had only two fifties from 11 matches in 2019 T20 Blast but can be expected to do better this time. 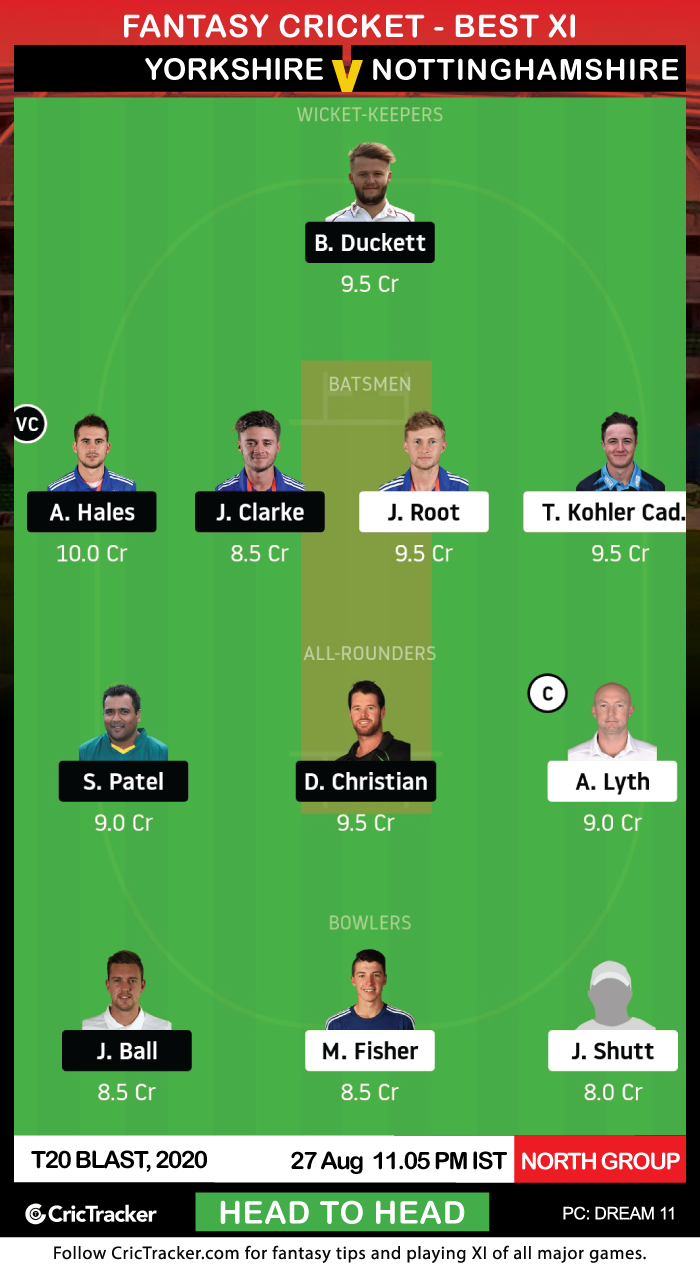 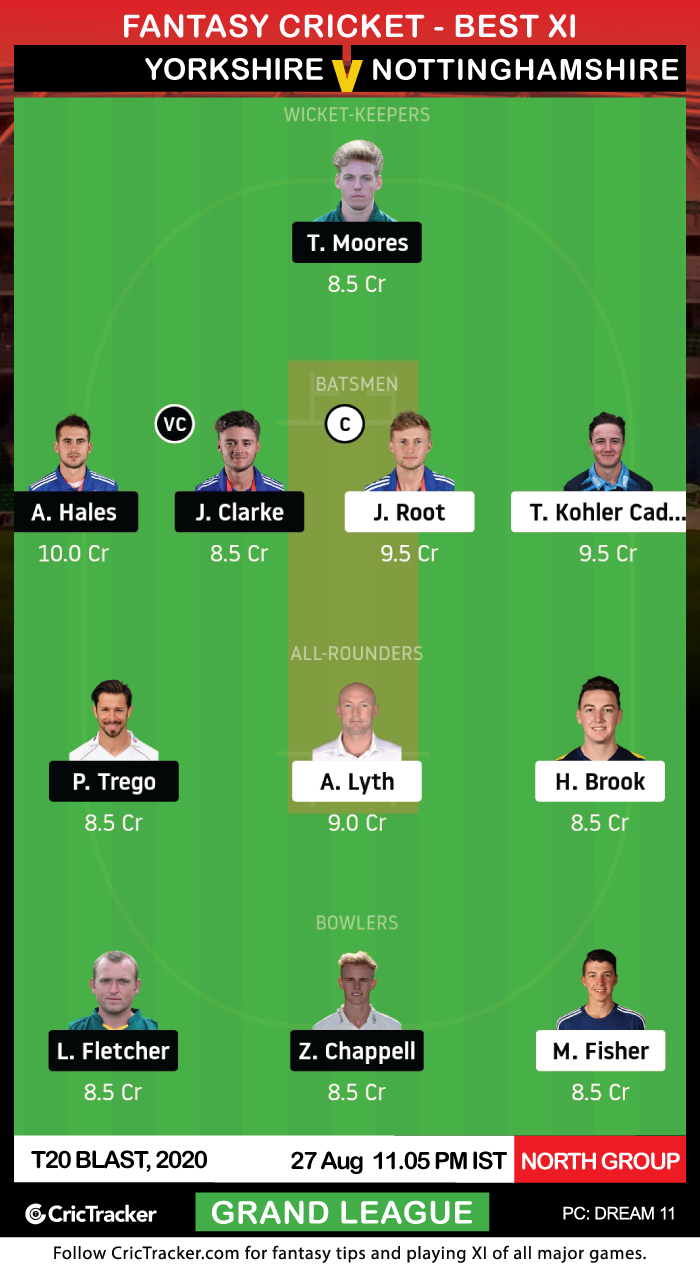 Dan Christian was brilliant with both bat and ball in the 2018 T20 Blast but turned out to be a support act during the 2019 edition. He scored only 183 runs and took eight wickets across the 12 matches last year. Hence, it won’t be advisable to use a spot in the fantasy team over him if he is expected to bat low down the order again.

Nottinghamshire is expected to start the tournament with a narrow win against the Yorkshire.