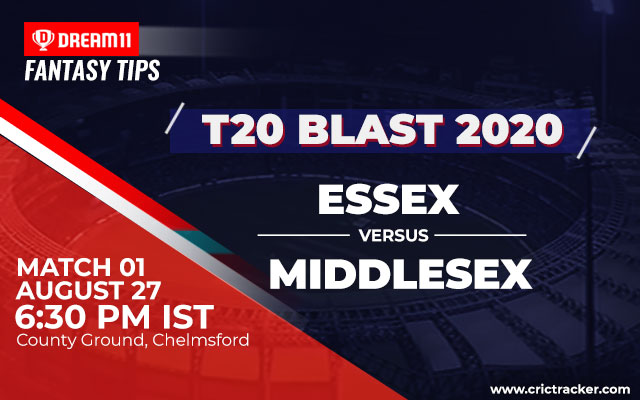 The opening match of the Vitality T20 Blast’s South Group will be played between Essex and Middlesex at the County ground in Chelmsford.

Defending champions of the T20 Blast Essex will open their campaign against Middlesex. Essex will look to get off to a winning start, but Middlesex captain Steven Finn would have other plans. Middlesex has named a stellar 14-man squad for the upcoming match.

There are no chances of rain in Chelmsford during the match time. The temperature will stay around 18 degrees, while the skies will stay cloudy.

Three out of seven Vitality T20 Blast matches played at Chelmsford last year were washed out because of rain. The batsmen enjoyed batting here, while the pitch was helpful to the spinners and medium pacers.

Joe Root's grandfather tears into The Hundred tournament, compares it to Covid-19

Simon Harmer will be the most reliable pick from Essex. He will lead the team in this match and the South African all-rounder should do well on the track that has been helpful to the slower bowlers.

Cameron Delport has reached England and is available to play. The South African all-rounder is a match-winner in T20s and can score many points in this game.

Martin Andersson was in brilliant touch during the recently played first-class matches. He played a knock of 92 runs against Hampshire, while also picking up seven wickets versus Sussex. His recent form makes him a ‘must have’ pick. 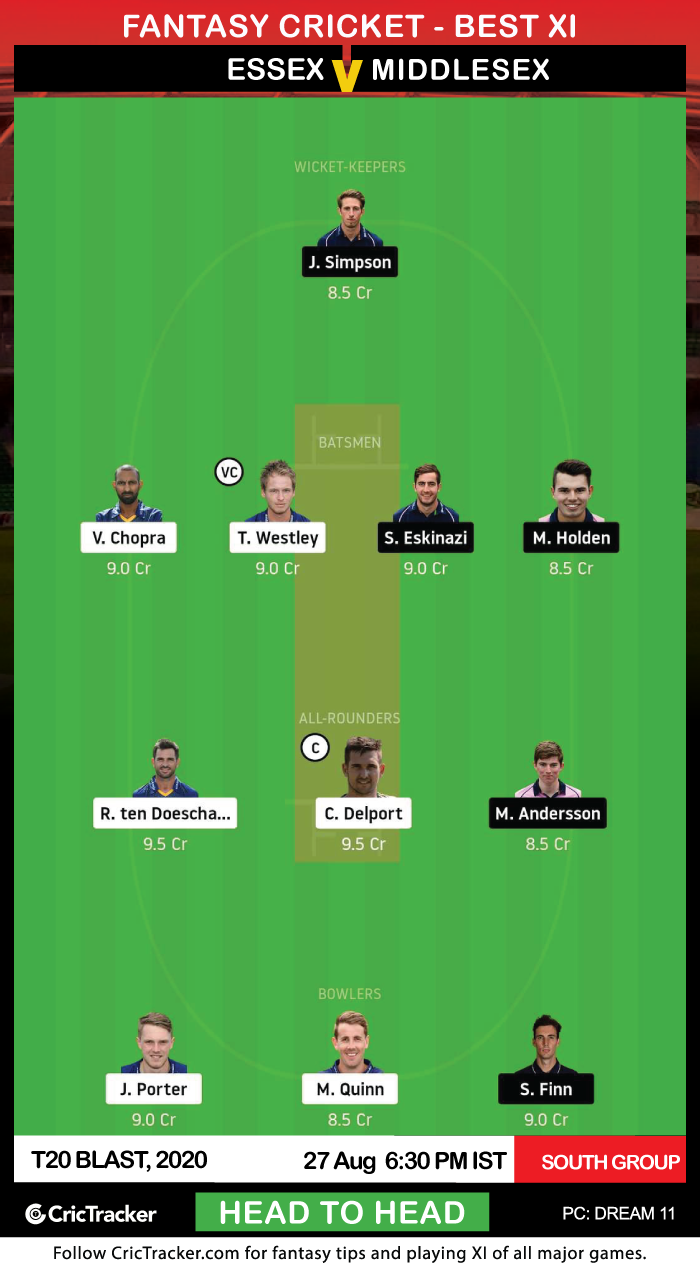 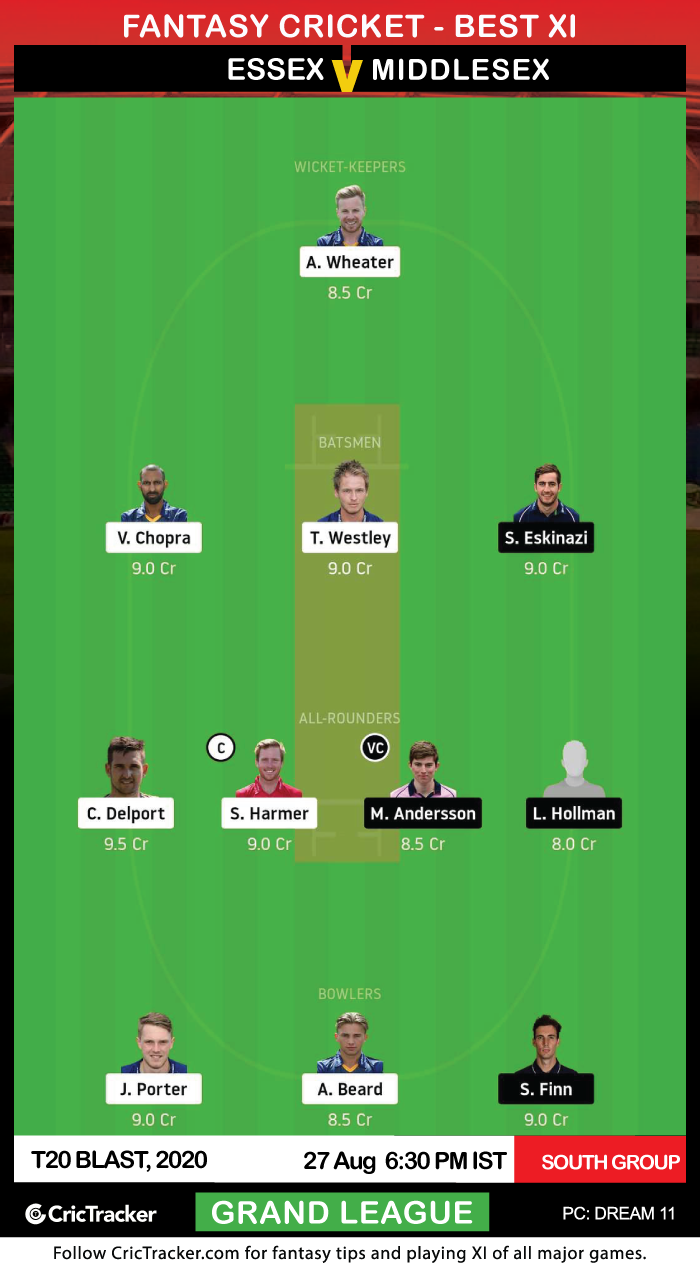 Although the pitch had assisted the slower bowlers and batsmen in the previous season, it would be wrong to drop Steven Finn out of the equation in fantasy cricket. He will lead Middlesex in the absence of Eoin Morgan and can emerge as the most successful bowler from his team.

Essex is expected to win this match.