Imran Qayyum could turn out to be a top pick for this match. 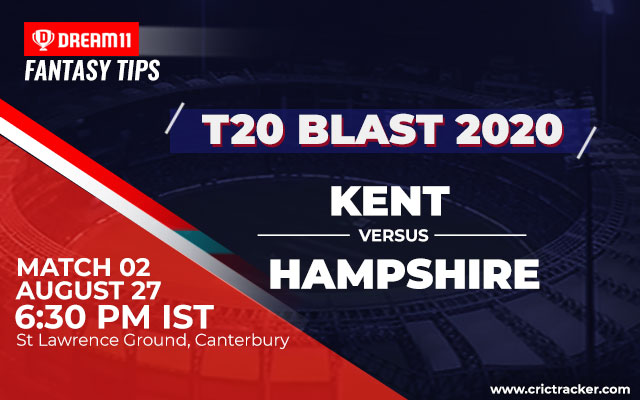 The South Group match of the Vitality T20 Blast will be played between Kent and Hampshire at the St. Lawrence Ground in Canterbury.

After beating Hampshire twice in the previous season, Kent will be keen to continue their momentum against their rivals in 2020. Kent has not lost a T20 match to Hampshire since August 2017. With Zak Crawley being in incredible form, Kent will start as the favorites to win this match.

Hampshire will miss the services of their left-handed top-order batsman Rilee Rossouw owing to the COVID-19 pandemic. This loss will deal a massive blow to their chances in this season because Rossouw is a T20 veteran. Nevertheless, Sam Northeast and co. will look to bring their ‘A’ game to the table and get off to a winning start.

The skies will stay cloudy in Canterbury during match time. The temperature will loom around 18 degrees Celsius, with a 20% chance of rain.

Kent had a 50% win record in Canterbury last year. They lost their last two matches to Surrey and Gloucestershire. The pitch has been good for batting as the teams batting first crossed the 160 mark in every completed inning.

Zak Crawley is coming off an excellent Test series against Pakistan. The top-order batsman is middling the ball well and should score big in this match against Hampshire.

Scottish player George Munsey will be the number one pick from Hampshire in the absence of Rilee Rossouw. Munsey has played several match-winning knocks for Scotland in T20s.

Daniel Bell-Drummond has much experience of playing T20 cricket. The Kent skipper has played 90 matches, aggregating 2469 runs at an average of 29.74. The surface will help the batsmen, which makes Bell-Drummond a top pick. 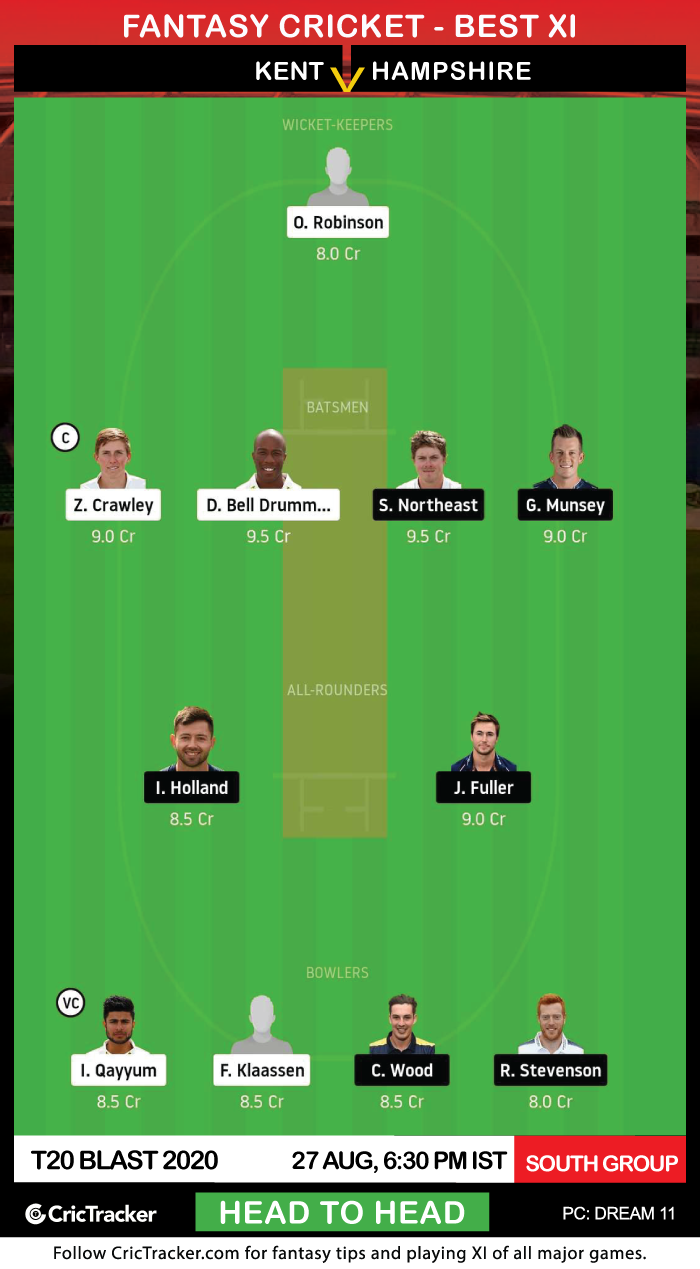 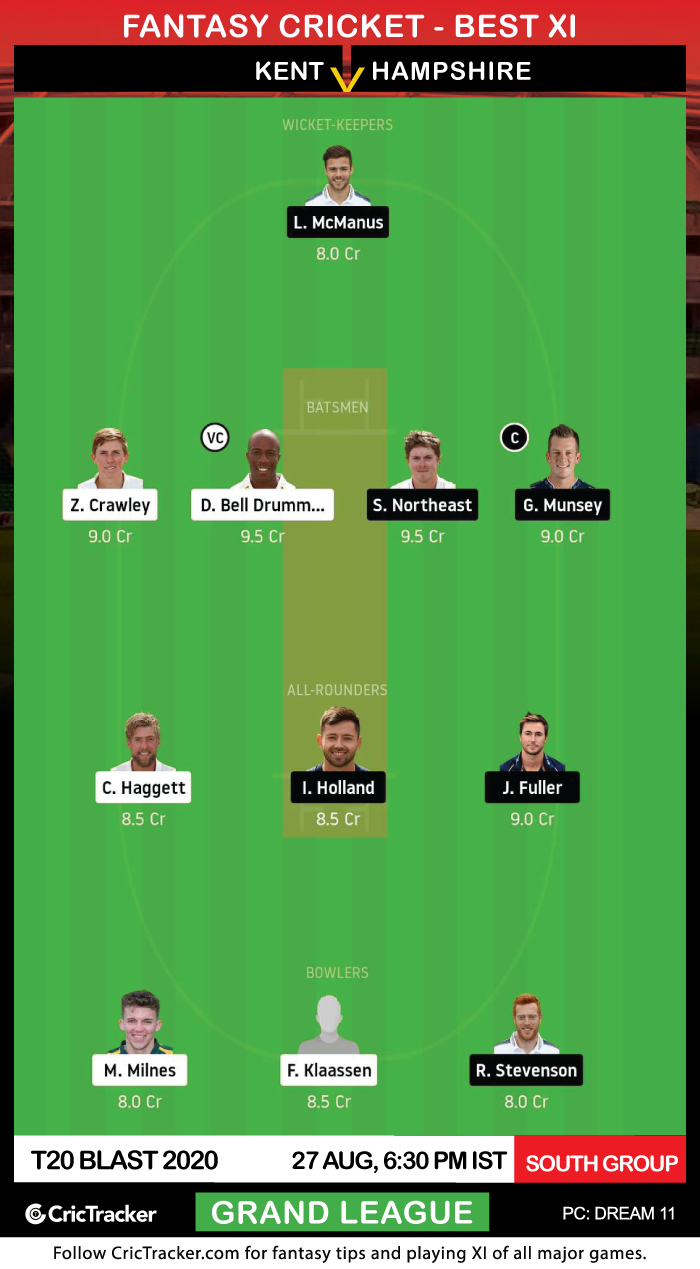 Although the match will be played on a batsman-friendly wicket, it is advisable to pick left-arm spinner Imran Qayyum in the team. He has one four-wicket haul and a five-wicket haul to his name in 34 T20s. Hampshire does not have its top batsmen and Qayyum could be amongst the wickets in this contest.