Joe Denly has been handy not only with the bat but with the ball as well. His all-round abilities make him a good pick for your Dream11 fantasy side.

The upcoming South Group match of T20 Blast 2020 is all set to be played between Kent and Middlesex on Wednesday at the St Lawrence Ground in Canterbury.

Kent have lost only one of their seven games so far. A win against Hampshire by 8 wickets in their last encounter will boost their morale. Their top-order batsmen are in sublime form. They stand at 2nd position in the South Group points table.

On the other hand, Middlesex have won only 2 out of their 7 encounters. They stand at the 4th position in the table. Steven Finn’s men will be looking to turn things around with a win against a formidable side. Fans might be in for an exciting game of cricket.

Wednesday will be a pleasant day with the temperatures hovering around a pleasant 19 °C. The chances of precipitation are only about 3% around match time.

The track at Canterbury has been a good wicket to bat on for the batsman. It has seen a number of big scores over the last few matches. The ball comes onto the bat nicely and there is a high possibility of a run-fest.

Stephen Eskinazi has scored 350 runs in 7 matches so far. Like Finn, he also has been one of the standout performers in this edition’s T20 Blast.

Zak Crawley scored a ton in the match against Hampshire with a strike rate of 200. He is a decent pick for captaincy in your Dream11 fantasy team.

Daniel Bell-Drummond is in sublime form this season. The Kent skipper has scored 269 runs so far, at an astonishing average of over 40. He has also maintained a great strike rate of over 160.

His counterpart in Middlesex, Steven Finn has picked up 12 wickets in 7 games so far. He has an economy rate of under 8 runs per over. 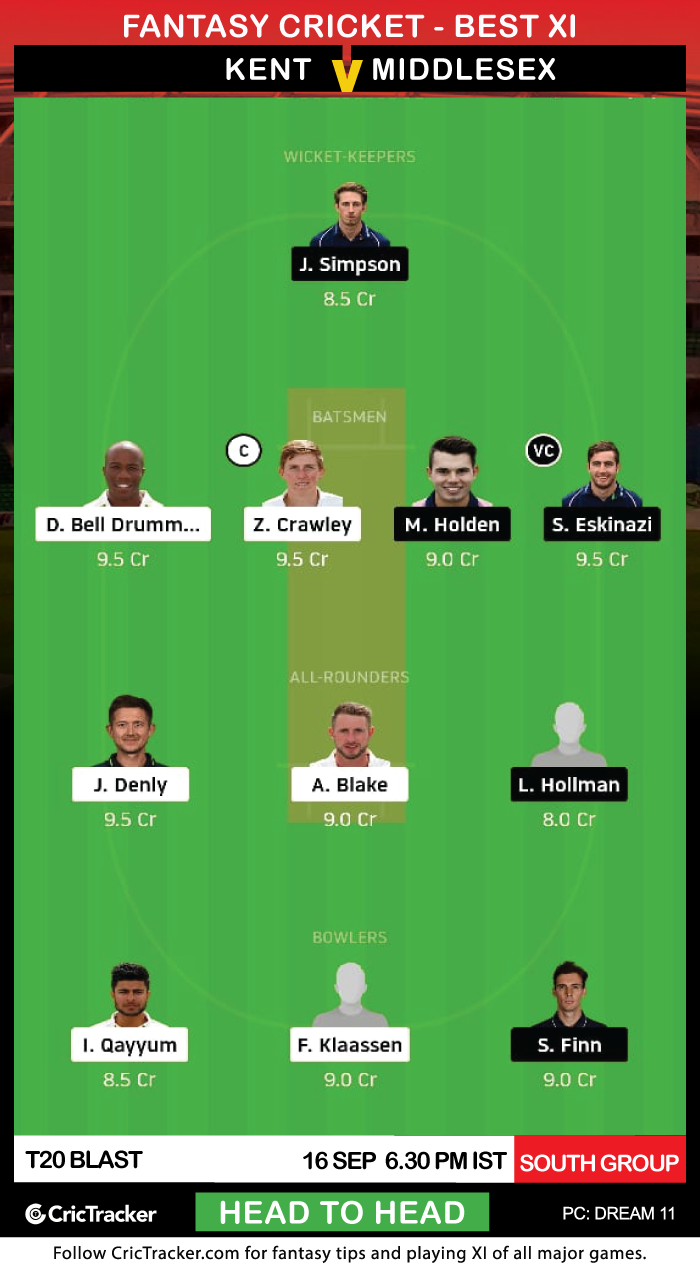 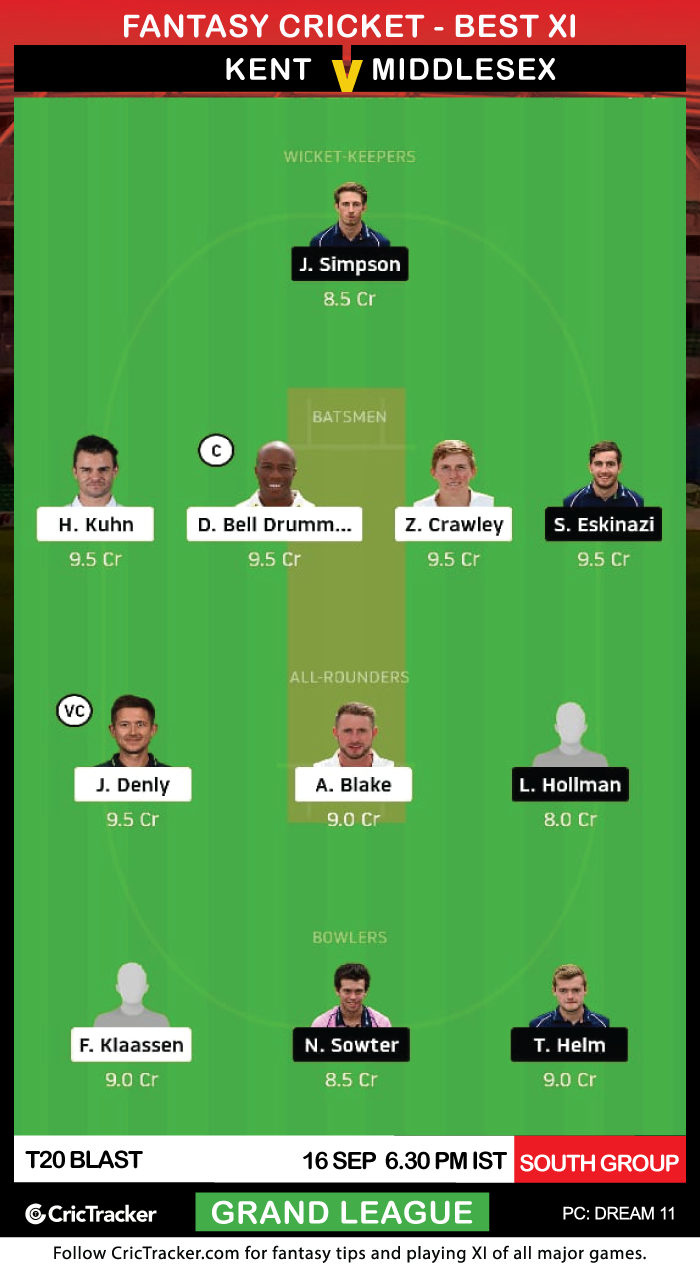 Joe Denly has been handy not only with the bat but with the ball as well. His all-round abilities make him a good pick for your Dream11 fantasy side.