Hashim Amla has more than 5000 T20 Runs at a decent strike rate of 130. Amla can be a game-changer with the bat at the top of the order.

The South Group match of T20 Blast 2020 will be played between Surrey and Hampshire at the Kennington Oval in London.

The South Group contest between Surrey and Hampshire is expected to be a thriller with a few experienced players and a few other young cricketers in both sides. The hosts, Surrey will be looking for their first win in the tournament. They lost their last 3 games so far; one being a loss, while other was a tie and the third was an abandoned match.

Meanwhile, Hampshire has the momentum on its side with a win in the last game against Essex at Chelmsford. They will look to carry their form forward to this game as well. A piece of positive news for them is that Pakistani young sensation Shaheen Afridi is set to join them for the rest of the Vitality Blast 2020.

It is going to be overcast for most of the day. There are 15 per cent chances of rain. The temperature will be around 17°C.

The Pitch at the Oval is considered one of the quickest pitches in the country. The ball comes on nicely on to the bat. However, both the teams couldn’t put up big scores in the last game that was played here. There is extra bounce on offer for the quick bowlers as well as the spinners.

With a groin Injury, Jade Dernbach will be unavailable for this game. Pakistani pacer Shaheen Shah Afridi has been added to the squad and is expected to play.

Shaheen Afridi had an excellent last game against England under pressure. He returned with figures of 2-28 in 4 overs in that match.

Hashim Amla has more than 5000 T20 Runs at a decent strike rate of 130. Amla can be a game-changer with the bat at the top of the order.

James Fuller averages 65 this season with the highest score of 53 not out.

Mason Crane, the young leg spinner, has really impressed so far with 4 wickets in 3 games.

Reece Topley, the left-armer, can be a real surprise, especially on a bounce track at the Oval. His ability to swing the new ball and also his variations at the death overs can be really useful. 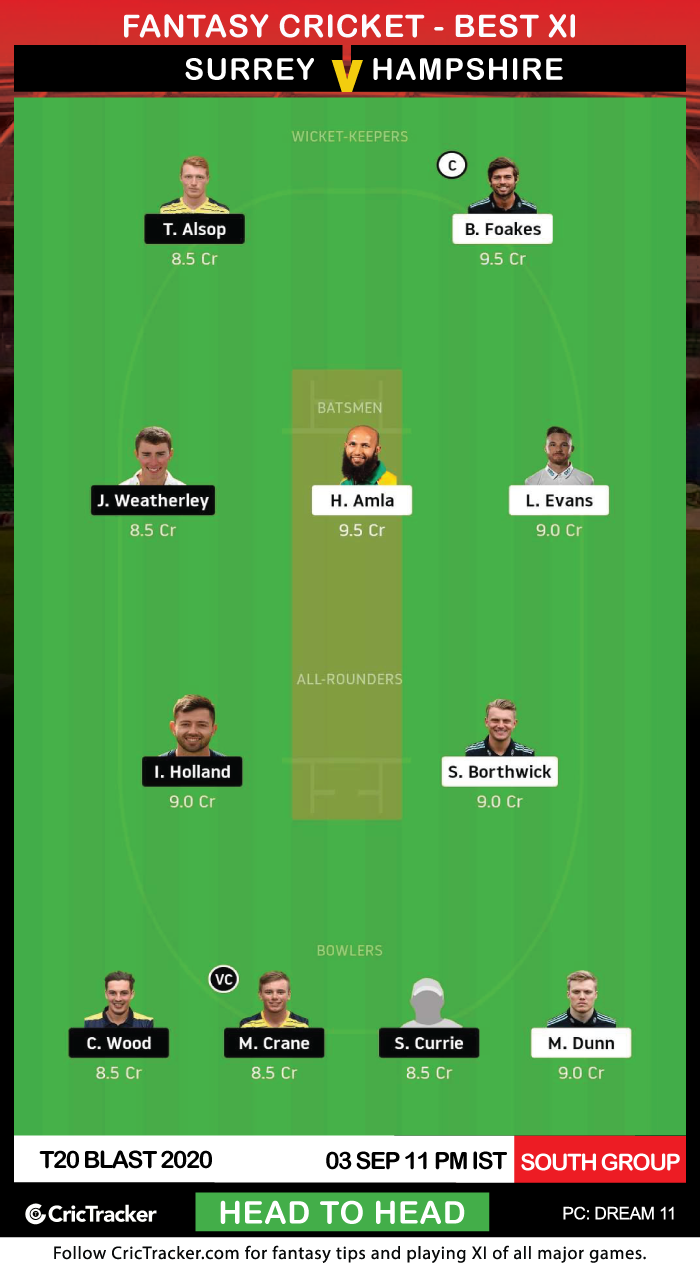 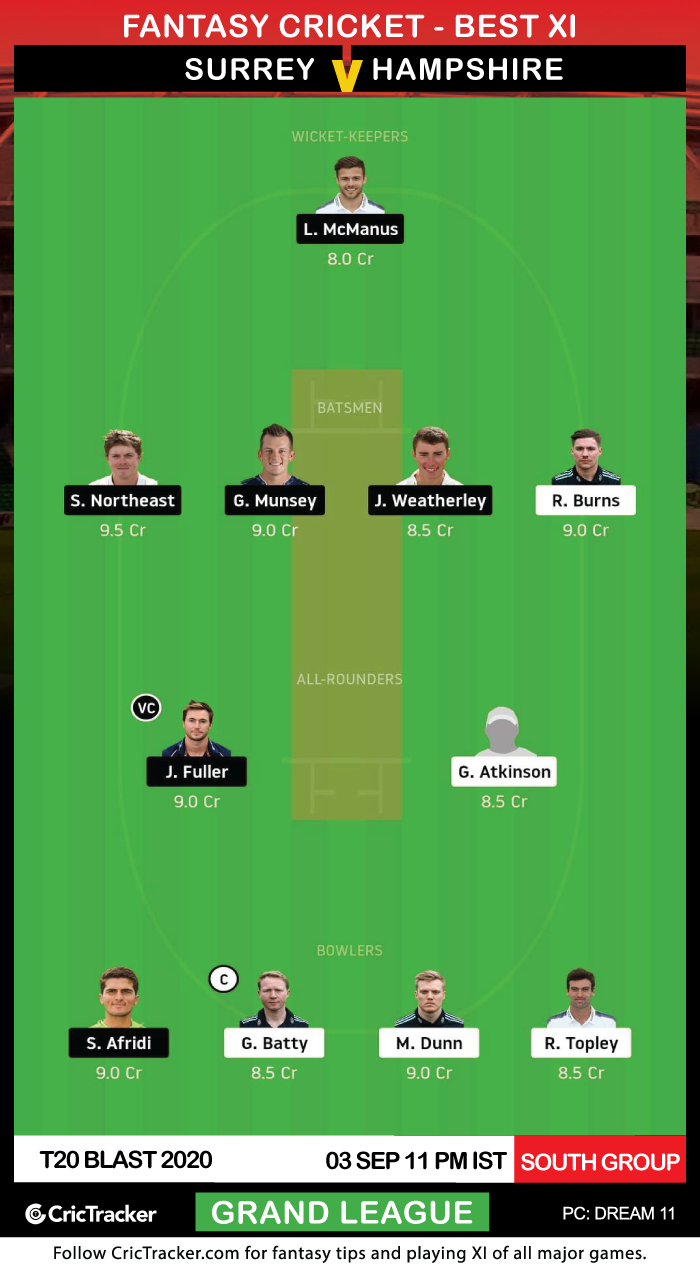 The bowlers excelled in the last game at this venue. Thus, it is advisable to pick four of them in both your teams.

Hampshire is expected to win this match.