Gareth Batty took 13 wickets from 12 innings during the 2019 T20 Blast at an economy rate of seven. 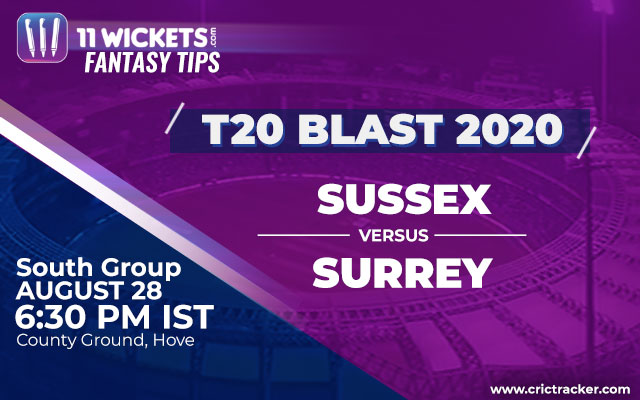 The South Group match of the T20 Blast, 2020 will be played between Sussex and Surrey at the County Ground in Hove.

This match can be streamed live on Sussex’s YouTube Channel.

Sussex and Surrey will kick off their respective campaigns of the T20 Blast 2020 on Friday afternoon when they face off at the County Ground in Hove as part of South Group. Sussex is missing their overseas star Rashid Khan while all-rounder David Wiese will join them from the 2nd game after completing his isolation. The Surrey team, on the other hand, lost at least 8-9 players due to injures and International assignments. If all the players of the Surrey’s orignal squad are available, their playing XI could well be the best in the tournament.

The T20 Blast match between Sussex and Surrey is expected to suffer due to the showers.

The average first-innings total at the Hove’s County Ground during the 2019 T20 Blast was 160. Only once a team lost while chasing that too by a small margin during the competition.

Though Luke Wright’s batting strike rate was a touch lower last year, he scored 388 runs from 12 innings at an average of 35.27.

George Garton took nine wickets across his first five games in 2019 UAE T10. He is fresh off a 9-wicket match haul in Bob Willis Trophy.

Delray Rawlins is known for his big hitting as he had a strike rate of 160 and also chips in a couple of overs with his left-arm spin.

Gareth Batty took 13 wickets from 12 innings during the 2019 T20 Blast at an economy rate of seven. 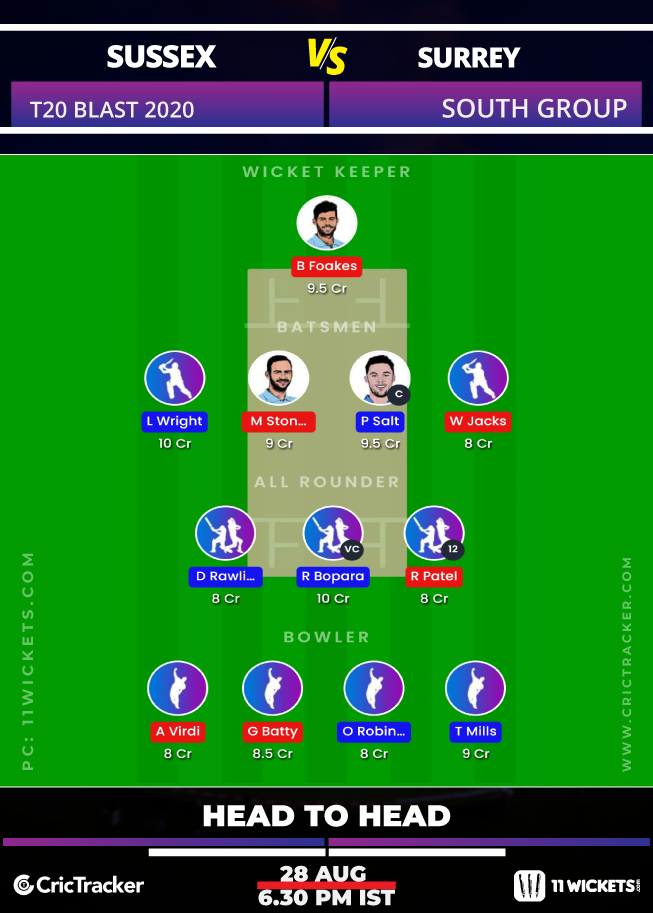 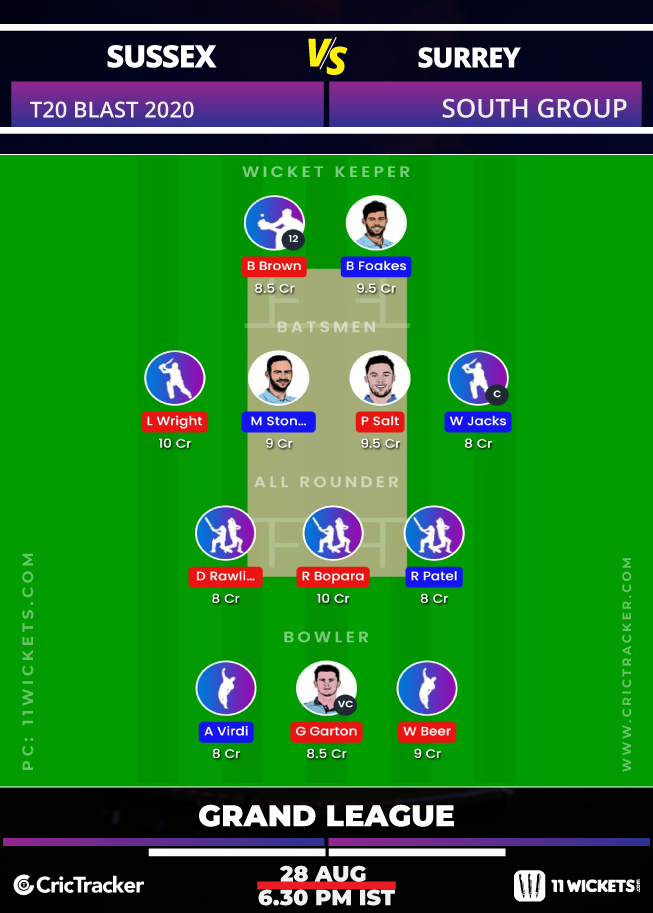 Rory Burns is available for this match but it is advisable not to pick him in the fantasy XI. His batting average in the T20 format is well below 20 and has scored just one fifty in more than 40 appearances.

Sussex is likely to edge over the Surrey team during their first match on Friday.