Watch out as the Lions and the Blasters try to get their first points on the board.

When the woodspooners of the table play, they play for pride more than anything else. History shows that these matches have a special element of passion and aggression that sometimes gets missed out in other matches. Watch out as the Lions and the Blasters try to get their first points on the board. The semi-finals begin on May 24th. Time is running out. Here is all you need to read for both the teams before picking your Fantain XI.

The Lions lost their first and only match to RCS Andheri by 4 wickets. Despite inconsistent contribution by the batsmen, they managed to add a respectable total to the board. It was the bowlers who dropped the ball. Poor economy rate and inability to break partnerships could be the cause.

Raunaq Sharma was especially expensive and might sit it out this match. Dube gave away too many runs too but he also took wickets.

Two Matches. Two losses. When you are unable to defend 178 runs, you know you have a lot to work on. While the bowling was disappointing in the first match, batting fell apart in the second. Lower order players: Nayak, Chitnis and Dhumal tried to salvage the match but they ran out of deliveries. Captain Shreyas Iyer’s performance is overdue.

Nayak: His ability to have a good head to play with a steady hand when the top order batsmen failed makes him a reliable pick to your lineup. He’s a bowler that picks wickets as well.

Aditya Dhumal: Dhumal’s contribution so far has been in vain as NBB has lost both matches. He is key to the team’s climb up the points table.

Prasad Pawar: It is important to pick players who can contribute in more ways than one. Pawar is that player you are looking for. 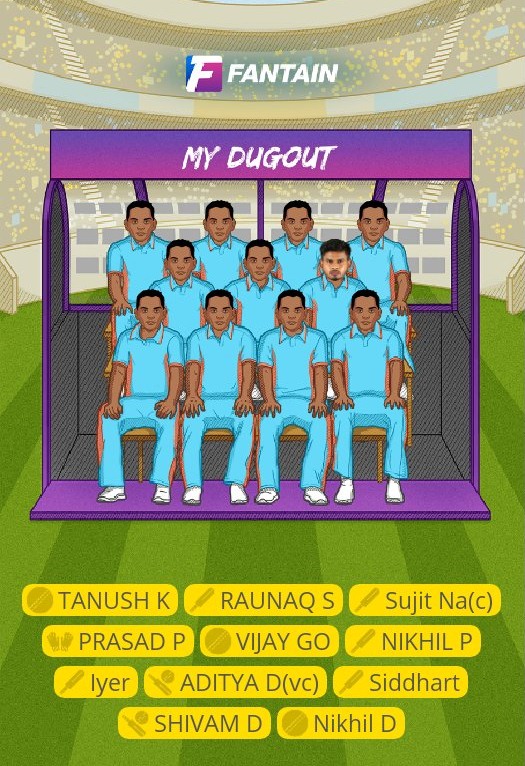