Bangladesh will be looking forward to winning this game against Ireland, so as to keep themselves ready for the first round.

Bangladesh will take on Ireland in the warm‑up match of the T20 World Cup 2021 on Thursday. Both the sides will be featuring in their 2nd warm-up fixture. Bangladesh were beaten by Sri Lanka in the first warm game by 4 wickets. They had control over the match for the most part, but the Sri Lankan lower-order batters took the game away from them.

It was too easy for Ireland in their first warm-up game, as they thrashed Papua New Guinea by 8 wickets with still 20 balls left in the game. Andy Balbirnie promoted himself up the order and won the game for his side in the run-chase. Credit must be given to their bowlers for restricting PNG for just 96 runs.

The quick bowlers are likely to get more help from the surface and the batters need to be patient in the initial few overs. Since it’s a morning game, whoever wins the toss should bowl first.

Squads for BAN vs IRE:

Soumya Sarkar helped Bangladesh to get close to the 150-mark. He was the top scorer for Bangladesh with 34 runs off 26 deliveries.

Liton Das got a good start but couldn’t carry it for long in the first warm-up match against Sri Lanka, as he got dismissed for 16 runs.

Craig Young was phenomenal with the new ball and at the death as well against PNG on Tuesday. The 31-year-old right-arm seamer picked up 3 wickets at an economy of 3.75.

Curtis Campher was a bit unlucky not to pick a wicket in the warm-up game against PNG, but he made up for it by scoring unbeaten 42 runs from 35 deliveries, which comprised of 3 fours and 2 sixes.

BAN vs IRE Must Picks for Dream11 Fantasy Cricket: 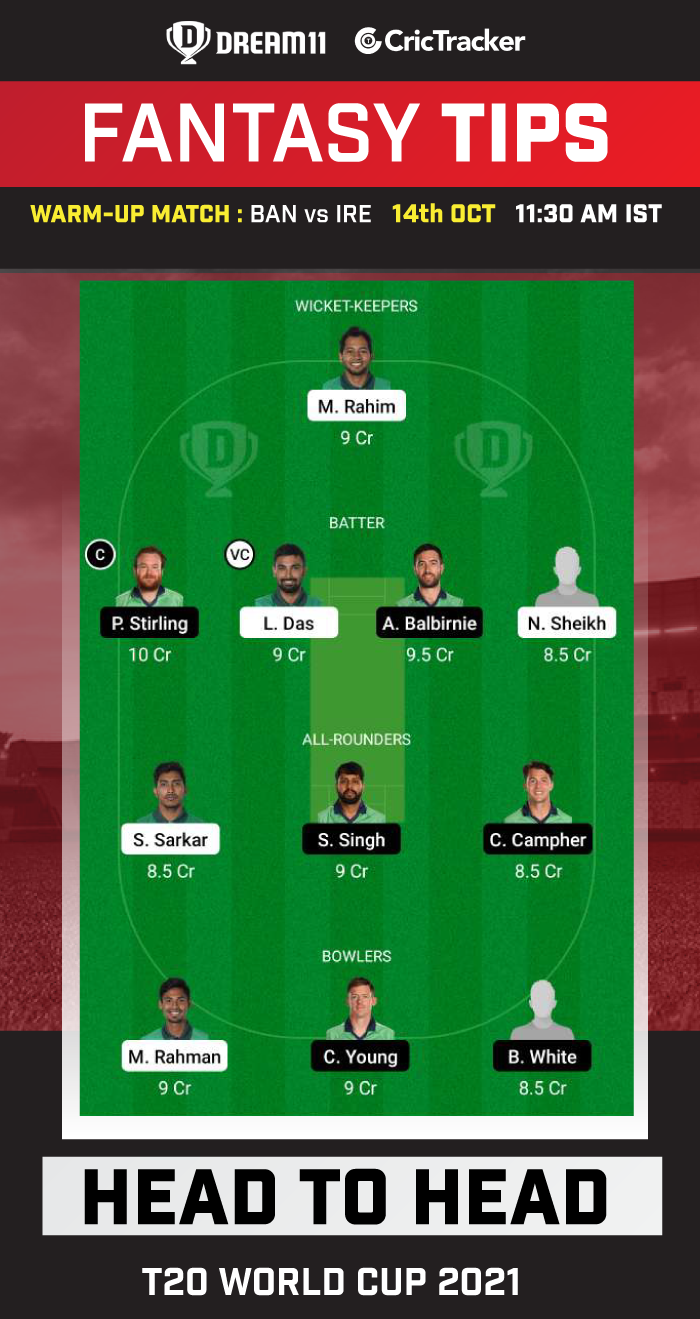 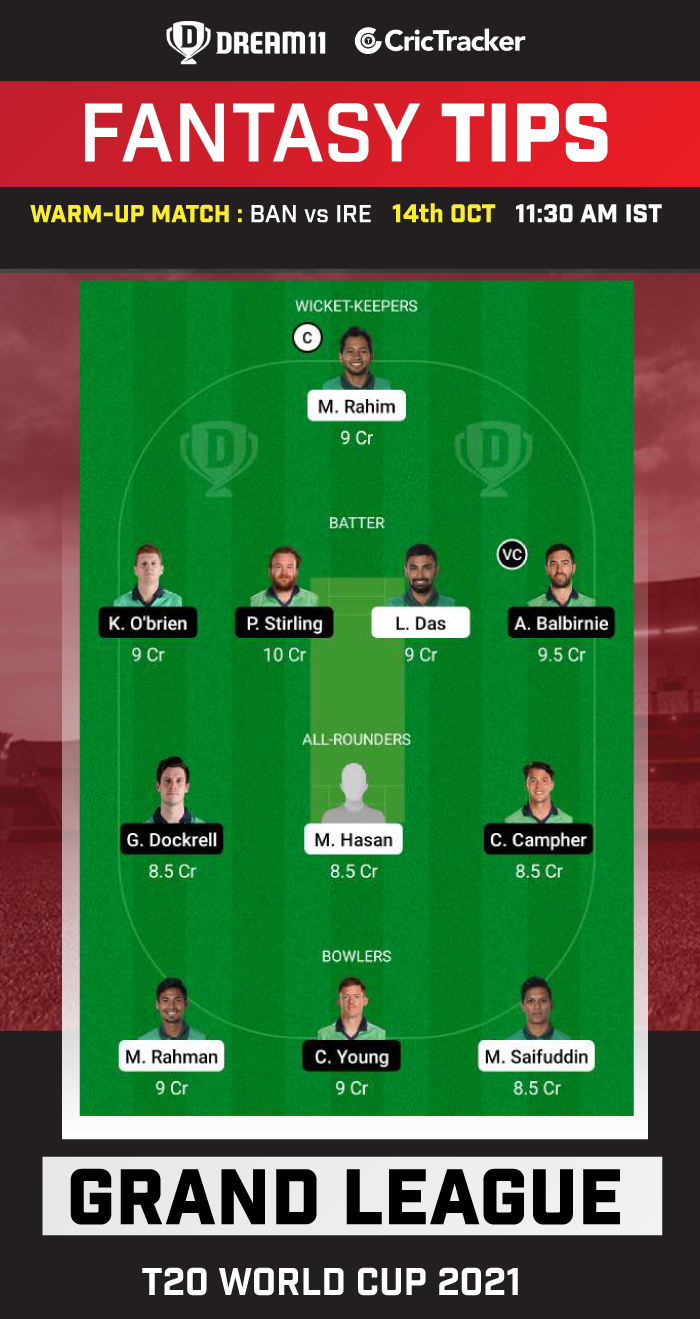 Kevin O’Brien got out for just 8 runs in the first warm game against PNG. He is a player of high calibre and it’s worth a risk to pick him as your fantasy team skipper.

Mahedi Hasan can make a handful of contributions with both bat and ball. You can take a risk and pick him as your fantasy team skipper.

Bangladesh batters are good players of spin, considering this, it’s better to avoid Andrew McBrine while making your fantasy teams.