Both the teams will be aiming to start their World Cup campaign with a win.

Ireland will take on Papua New Guinea in the Warm-up game of the T20 World Cup 2021 on Tuesday. Both sides will feature in 2 warm-up matches ahead of the first round. Ireland’s preparations for the T20 World Cup haven’t been the greatest =m as they have lost the T20I series against UAE 2-1. They have got talented players in their line-up and will be eager to do well in this game.

Papua New Guinea, on the other hand, has lost their last 2 T20Is against Namibia and Scotland on this tour by 14 runs and 8 wickets respectively. They will hopeful of turning the table around in the warm-up matches and wou;ld want to keep themselves motivated for their T20 World Cup campaign.

Tolerance Oval here in Abu Dhabi has hosted 9 T20Is so far. It’s a neutral surface where the bowlers will have a slight upper hand. Building partnerships is the key on this wicket.

Paul Stirling can’t leave him out of your fantasy teams. He has got vast experience in the T20 format and likes to play naturally. He is in decent form and has scored 94 runs in the last 3 matches against UAE.

Assad Vala is the lone warrior for Papua New Guinea and always gives his best every time when he steps onto the field. PNG skipper has scored 516 runs and scalped 22 wickets in his T20I career.

Charles Amini is a useful pick in the all-rounder’s category at 9.5 credits. He has scored 42 runs and picked up 2 wickets in the last 2 matches.

IRE vs PNG Must Picks for Dream11 Fantasy Cricket: 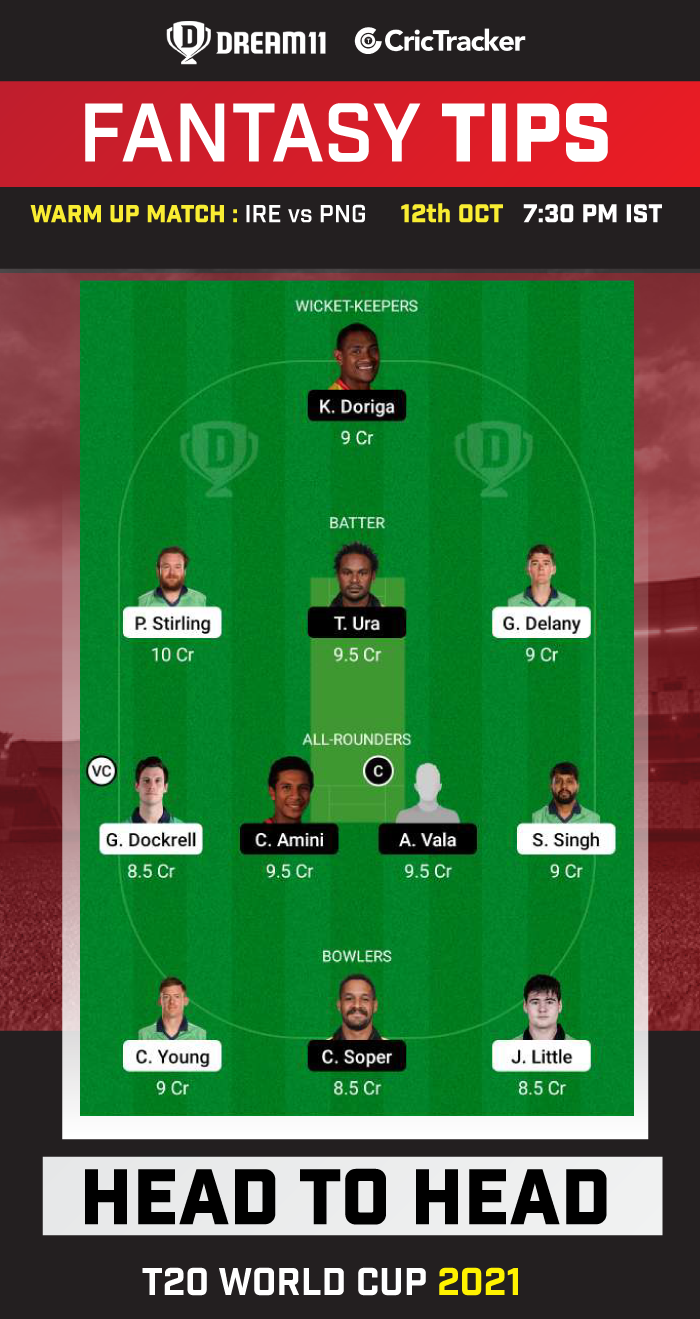 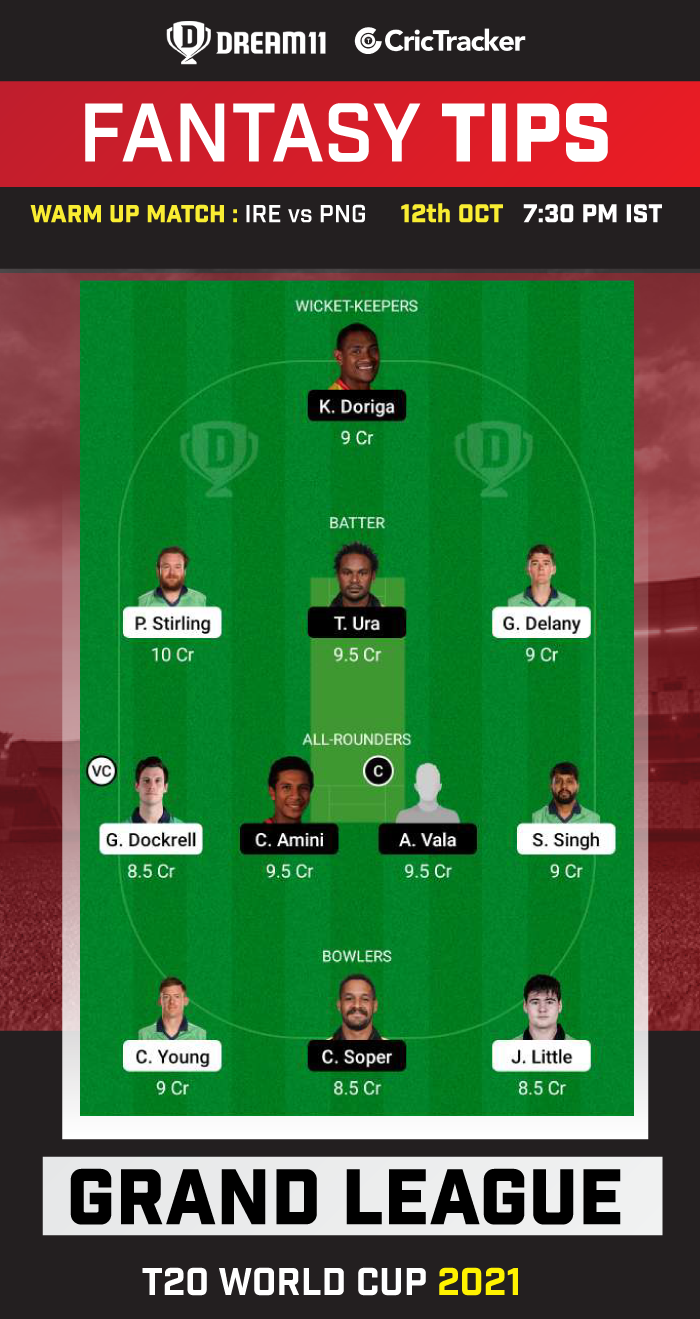 Curtis Campher showed he is a promising young talent in the early stages of his career. In the last 3 matches against UAE, he scored 37 runs and picked up 3 wickets as well. You can take a risk and pick him as your fantasy team skipper.

Tony Ura batted magnificently in the last game against Namibia for his 69 runs from 43 balls, which comprised of 3 fours and 4 sixes. He is a risky captaincy pick for your fantasy teams.

Neil Rock bats down the order and the chances of scoring big runs are very less, and hence, it’s better to avoid him while making your fantasy teams.