Australia have more chances of winning this match. 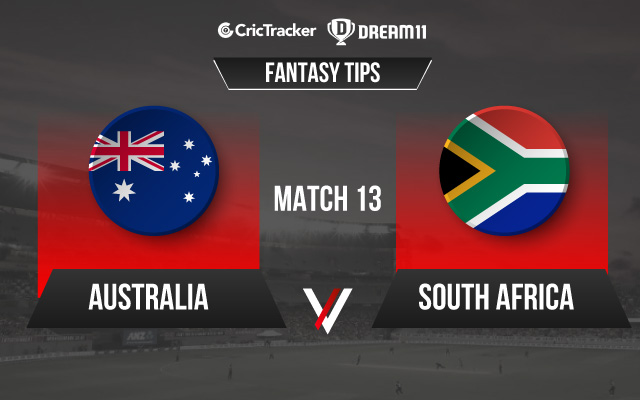 Australia will take on South Africa in the Super 12 Group 1 match of the T20 World Cup 2021. Group 1 is considered as the group of death. as every team from this group are a formidable unit and look strong on the paper. Australia had a lean patch to date in the 20-over World Cups. as the global cricket powerhouse are yet to win this title. Having said, they are one of the favourites in this World Cup, with the right mixture of power hitters and exceptional bowling depth. They didn’t qualify for the knockouts in the last 2 World Cups and will be hoping for a better tournament this time around.

South Africa, on the other hand, have changed their setup completely by excluding some big names in the likes of Faf du Plessis. Some of the players are featuring for the first time in the ICC T20 World Cup, and lack of experience could prove to be costly. They have beaten Afghanistan and Pakistan in the warm-up matches, which is a positive sign. It will be interesting to see how they approach this match.

It’s a well-made surface for the T20 format, which has got extra pace and bounce. Even the spinners can be vital in the middle overs. It’s a 160-170 kind of a wicket, and whoever wins the toss should bowl first.

Rassie van der Dussen single-handedly won the game for South Africa in the warm-up game against Pakistan with an unbeaten 101 runs from 51 deliveries. He takes his time initially, but will be really destructive at the death overs.

Glenn Maxwell is in fine form with the bat. He had a good run with the bat in the second leg of the IPL for Royal Challengers Bangalore. Maxwell’s ability to play unorthodox shots makes him one of the dangerous batters to bowl at.

Mitchell Marsh has cemented his spot at the number 3 position. He has a long reach and hits the ball hard, while Marsh can serve as an extra bowling option as well.

Adam Zampa is an underrated bowler. He can stop the run-flow in the middle overs and has also got good variations, which is his biggest weapon. He has 52 wickets to his name in the T20Is.

Anrich Nortje is a fierce customer with the ball. He hits the deck really hard, and can trouble the batters with his extra pace.

Quinton de Kock is the highest-ranked South African batter in the ICC T20I rankings and is currently placed at the eighth spot. South Africa mainly relies on him for good starts.

AUS vs SA Must Picks for Dream11 Fantasy Cricket: 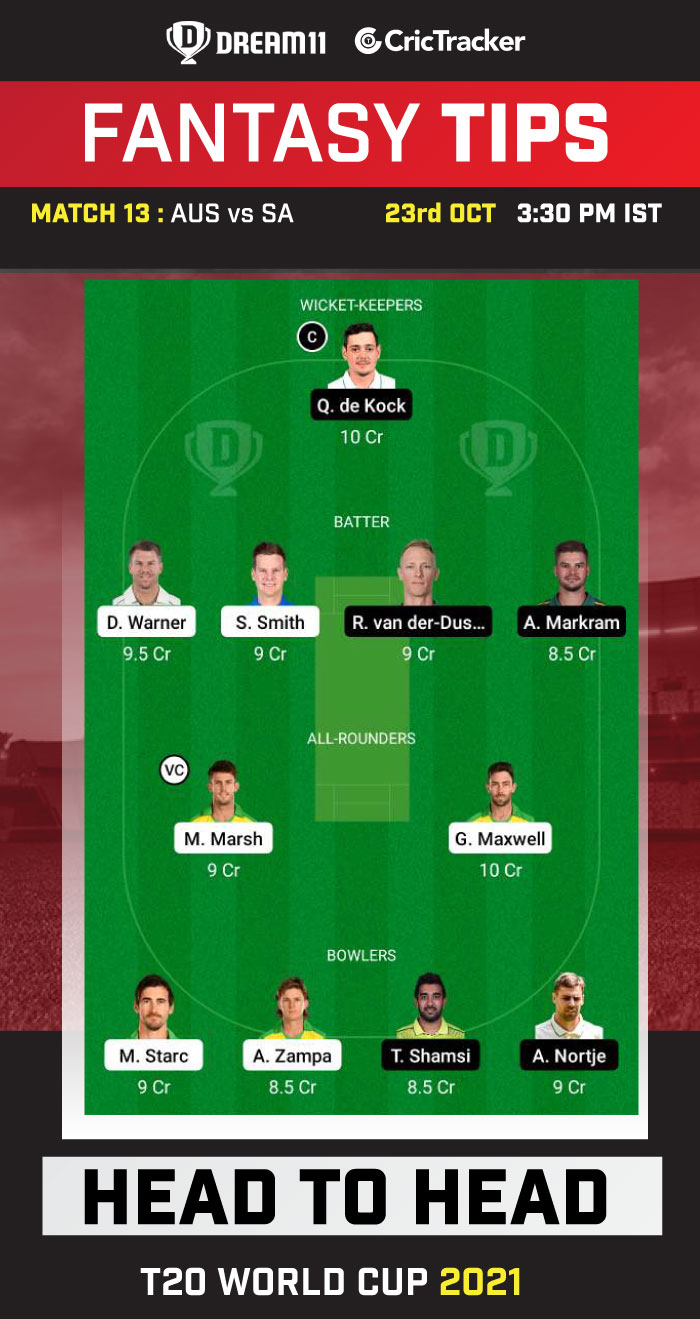 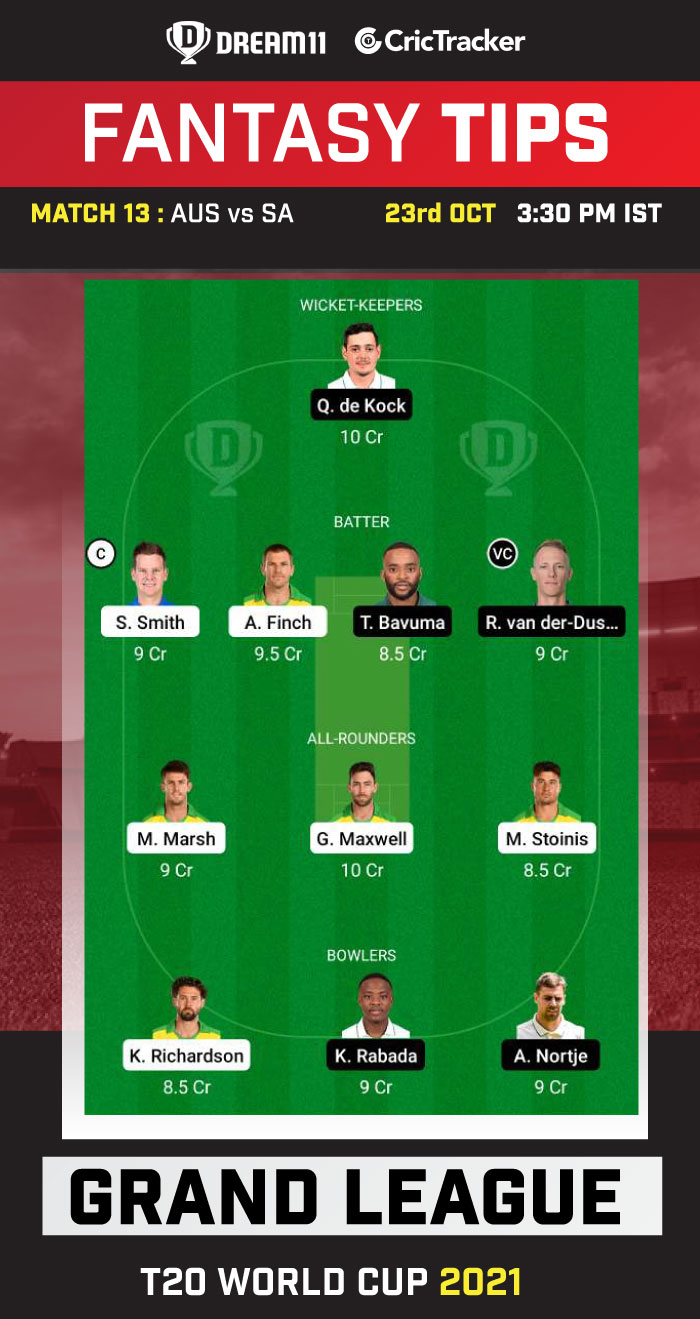 Mitchell Starc is good with the new ball and also at the death overs. He has scalped 51 wickets in his T20I career at an economy of 7.22. You can take a risk and pick him as your fantasy team skipper.

Temba Bavuma is not the biggest of hitters, but he knows how to score runs in this format of the game. He has accumulated 410 runs in his T20I career at an average of 27.33. He is a risky captaincy pick for your fantasy teams.

Matthew Wade is likely to bat in the middle order and the chances of scoring more points are relatively less. Hence, it’s better to avoid him while making your fantasy teams.