The chances of Maheesh Theekshana's participation in this match are less. 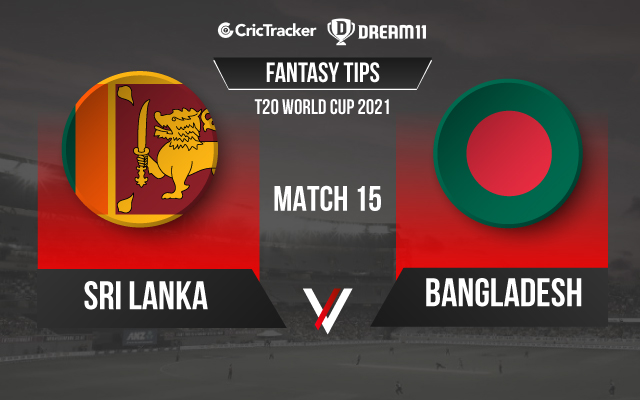 Sri Lanka and Bangladesh will take on each other in the 15th match of the T20 World Cup 2021. Both sides earned qualification into Super 12 stage after doing well in the first round. Sri Lanka’s journey was too smooth, as they won all of their matches in Group A and topped the table with 6 points. Maheesh Theekshana is doubtful for this match due to side strain.

Bangladesh, on the other hand, too had to cross the qualifiers round in order to cement their place in the Super 12. Surprisingly, they had lost to Scotland in their first game, but thn recovered well and won their next 2 matches quite comfortably against Oman and PNG. Both sides are in excellent form and we can expect a cracker of a contest between the sides.

The surface here in Sharjah has completely turned out into a bowling friendly one. By looking at the recent T20 matches played here, even the score of 130 looks hard to chase on this venue.

Also Read: If you ask me, India-Pakistan game is always a high-pressure game: Suresh Raina

Avishka Fernando is a reliable batter for Sri Lanka. In 3 matches in this World Cup, he has scored 32 runs at an average of 32.

Mahmudullah played a captain’s inning in the last match against PNG, where he bought up his sixth T20I half-century. In 3 matches in this World Cup, he has scored 90 runs at an average of 30 and a strike rate of 150.

One can’t keep Shakib Al Hasan away from the game. He has the happy knack of picking up crucial wickets and knows how to score runs as well. In 3 matches in this World Cup, he has scored 108 runs and has also scalped 9 wickets at an economy of 4.5.

Wanindu Hasaranga is Sri Lanka’s frontline all-rounder, who has been in exceptional form with both bat and ball. In 3 matches in this World Cup, he has picked up 6 wickets and has also scored 71 runs.

Lahiru Kumara has been impressive with the ball in the last 3 matches. He has picked up 7 wickets at an economy of 3.61, with the best figures of 3 for 7.

Despite going for 8.5 runs an over, Mustafizur Rahman has picked up 6 wickets in the last 3 matches, with the best figures of 4 for 36.

Kusal Perera’s knock of 33* runs from 24 balls in the last game against the Netherlands should have given him some sort of confidence. He can be destructive once he starts scoring runs.

SL vs BAN Must Picks for Dream11 Fantasy Cricket: 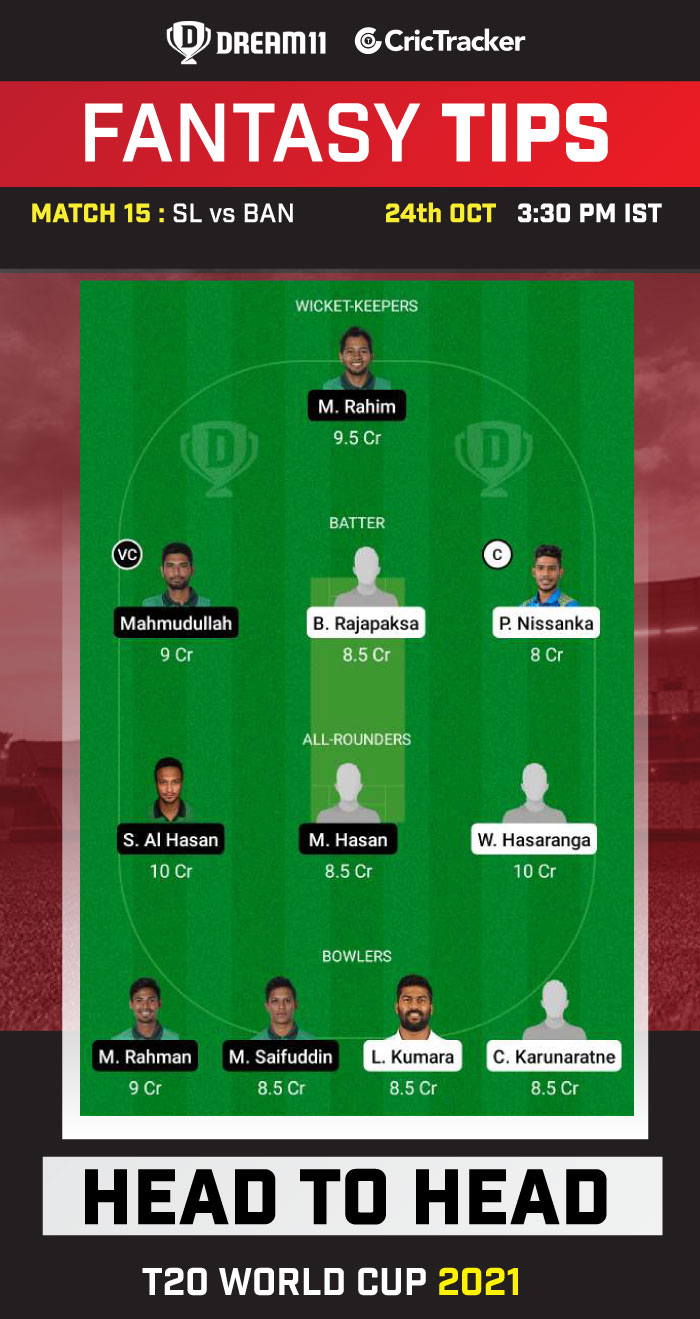 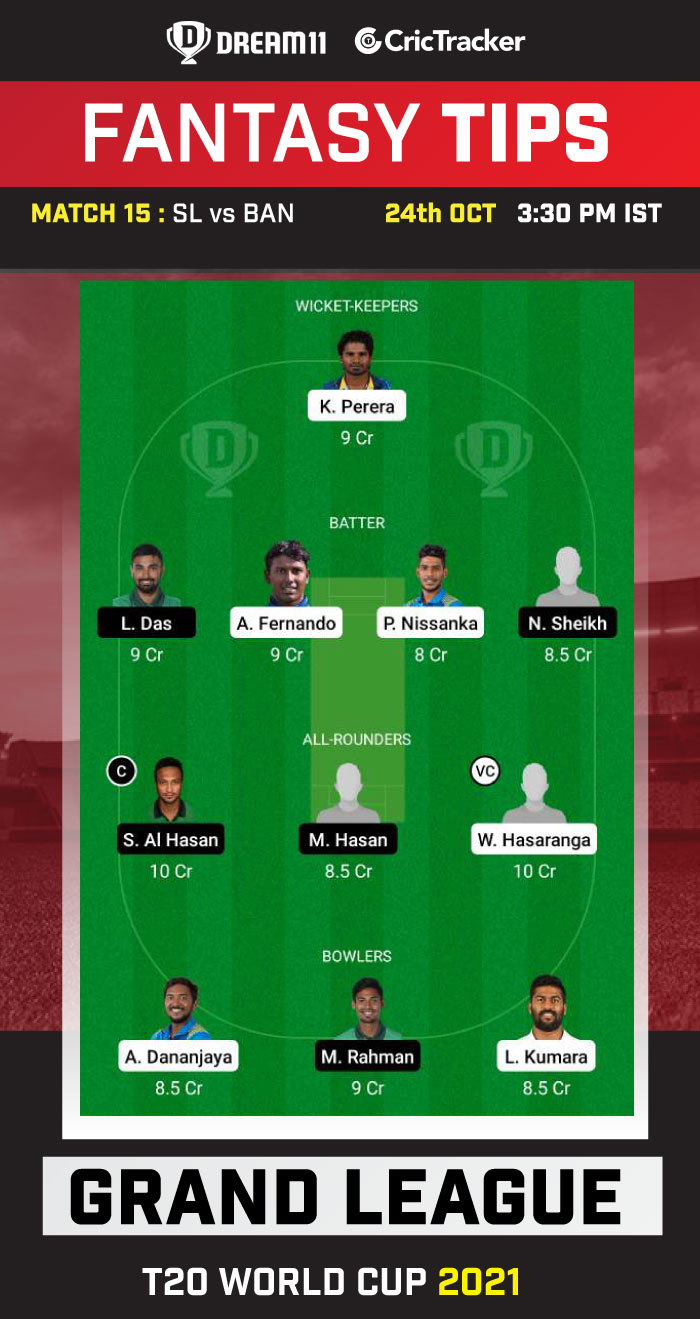 Bhanuka Rajapaksa will strengthen the Sri Lankan middle order. In 2 innings in this World Cup, he has scored 43 runs at an average of 43. He is a risky captaincy pick for your fantasy teams.

Liton Das has scored 40 runs in 3 matches in this World Cup so far at a strike rate of 108.1. You can take a risk and pick him as your fantasy team skipper.

Nurul Hasan has scored only 5 runs in the last 3 matches. Considering his present form, it’s better to avoid him while making your fantasy teams.