Aqib Ilyas and Zeeshan Maqsood are top-quality players who are doing an excellent job for Oman.

Netherlands will take on Oman in the warm-up game of the T20 World Cup 2021 on Thursday. The Netherlands did well to restrict Scotland in their opening warm-up match for just 122 runs and later batting collapse made them lose the game by 32 runs in the end. There is no other thought about their bowling abilities, and they need to work more on their batting skills.

Oman, on the other hand, got the better of Namibia in their first warm-up game by 32 runs. They set the target of 153 runs and their bowlers did the rest of the job and won the game for them. Aqib Ilyas contributed well with both bat and ball. Both the teams will be aiming to win this match to keep themselves ready for the first round.

ICC Academy Ground No.2 has hosted 5 T20Is to date. The wicket looks a balanced one, the teams chasing have won 3 of the last 5 matches played here. Anything over 160 looks like a good competitive score on this wicket.

T20 World Cup 2021: List of commentators for the tournament

Colin Ackermann is a capable all-rounder who didn’t go well in the warm-up game against Scotland. He is still a bankable player for the Netherlands.

Ben Cooper showed early glimpses that he was set for a big score in the warm-up against Scotland, however, he was dismissed for 19 runs which included 3 fours.

Aqib Ilyas once again proved that he is a dangerous customer with both bat and ball. He scored 20 balls 30 runs in the warm game against Namibia and later picked up 2 wickets as well.

Skipper Zeeshan Maqsood is consistently scoring runs for Oman, he did quite well in the warm-up match against Namibia and scored 29 runs from 26 balls which include one four and 2 sixes.

NED vs OMN Must Picks for Dream11 Fantasy Cricket: 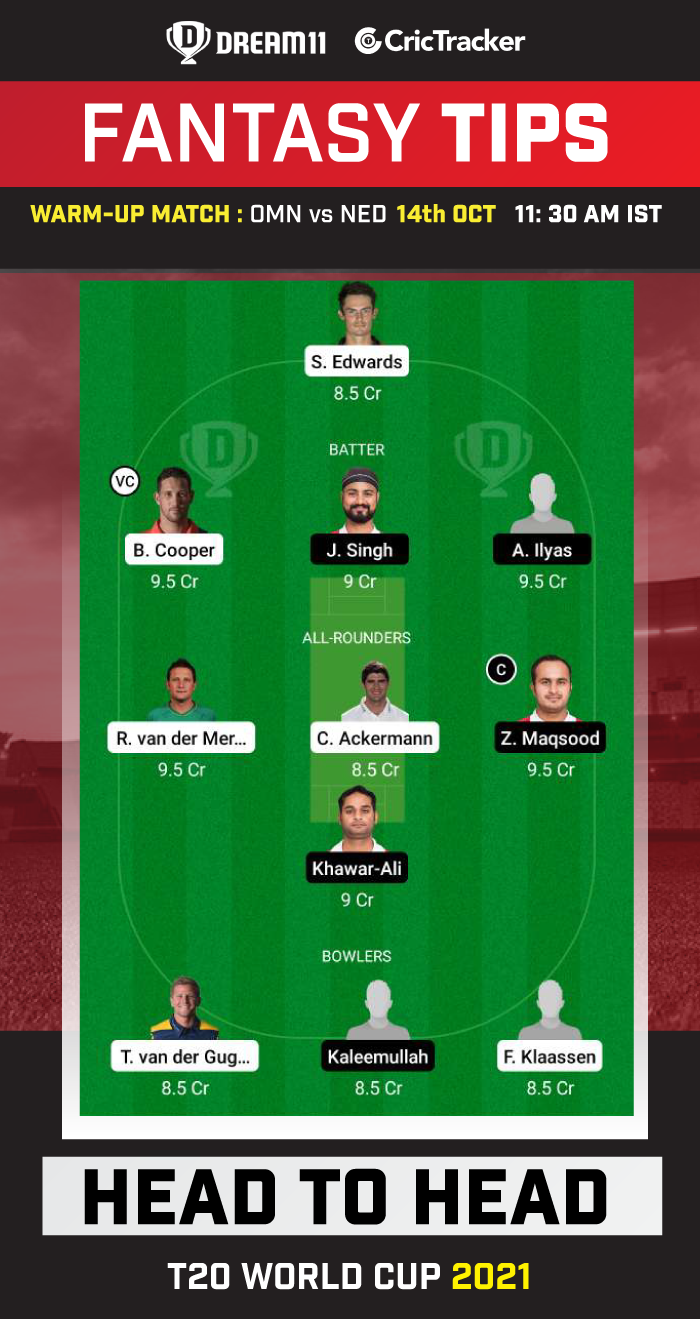 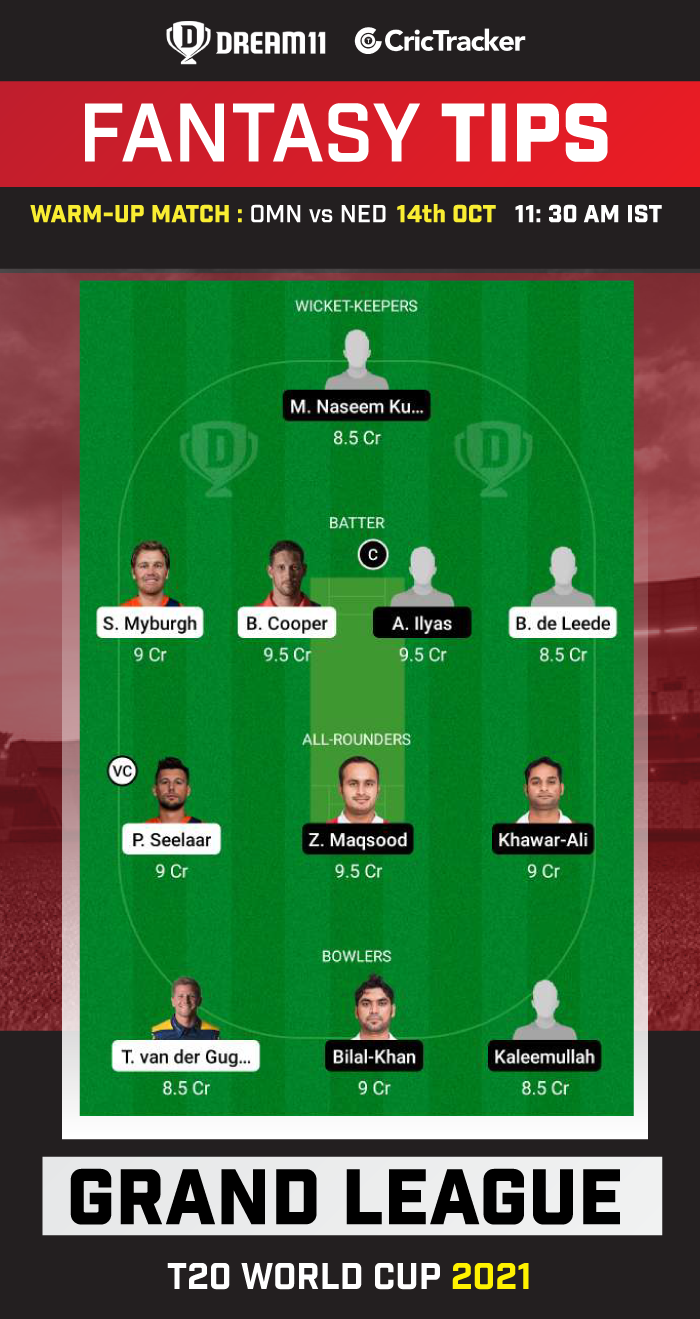 Scott Edwards was the top scorer for the Netherlands in the previous warm-up game against Scotland with 22 runs from 24 balls. He is a risky captaincy pick for your fantasy teams.

Kaleemullah bowled incredibly well against Namibia in the warm-up game and picked up 4 wickets at an economy of 5.75. You can take a risk and pick him as your fantasy team skipper.

Sufyan Mehmood has been picked up 1.18 % of the users at the time of writing. Hence, it’s better to avoid him while making your fantasy teams.