Craig Williams is on a different level at the moment with the bat and a good pick for your fantasy teams.

Oman will take on Namibia in a Warm-up match of the T20 World Cup 2021 on Tuesday. Oman are the co-host of this edition’s T20 World Cup, and they would have to take part in the main competition. They lost their previous T20I series against Sri Lanka by a 2-0 margin. It’s a learning curve for them and they need to back their abilities in the T20 World Cup.

Namibia, on the other hand, are in exceptional form, having won their last 3 T20Is on this tour against UAE, Scotland, and PNG. The inclusion of former South African cricketer David Wiese into the Namibian side has made them even more formidable. They have got some really talented all-rounders in the likes of JJ Smit, David Wiese, and Jan Frylinck.

A lot of matches were played here over the last week. The surface looks balanced and doesn’t change much in the latter half. A score of 160 plus is hard to chase on this wicket. Spinners will play a crucial role in the middle overs.

Aaqib Ilyas is a dependable player for Oman and has a great track record in the limited-overs format. He did well against Sri Lanka in the second T20I by scoring a half-century. In his T20I career, he has scored 408 runs in 22 matches at an average of 22.66, and has even picked up 2 wickets as well.

Oman skipper Zeeshan Maqsood needs to play a massive role for Oman in this T20 World Cup if they want to qualify for the Group stages. In his T20I career, he has accumulated 547 runs and has also picked up 18 wickets.

Craig Williams is in stunning form with the bat, having scored 3 consecutive half-centuries in the last 3 matches. Overall in his T20I career, he has notched up 508 runs at an average of 33.86 and has picked up 9 wickets as well.

JJ Smit is a finisher for Namibia. He is a clean striker of the cricket ball and is even effective with the ball in hand as well. He has scored 363 runs in his T20I career at an average of 33 and has also picked up 19 wickets.

OMN vs NAM Must Picks for Dream11 Fantasy Cricket: 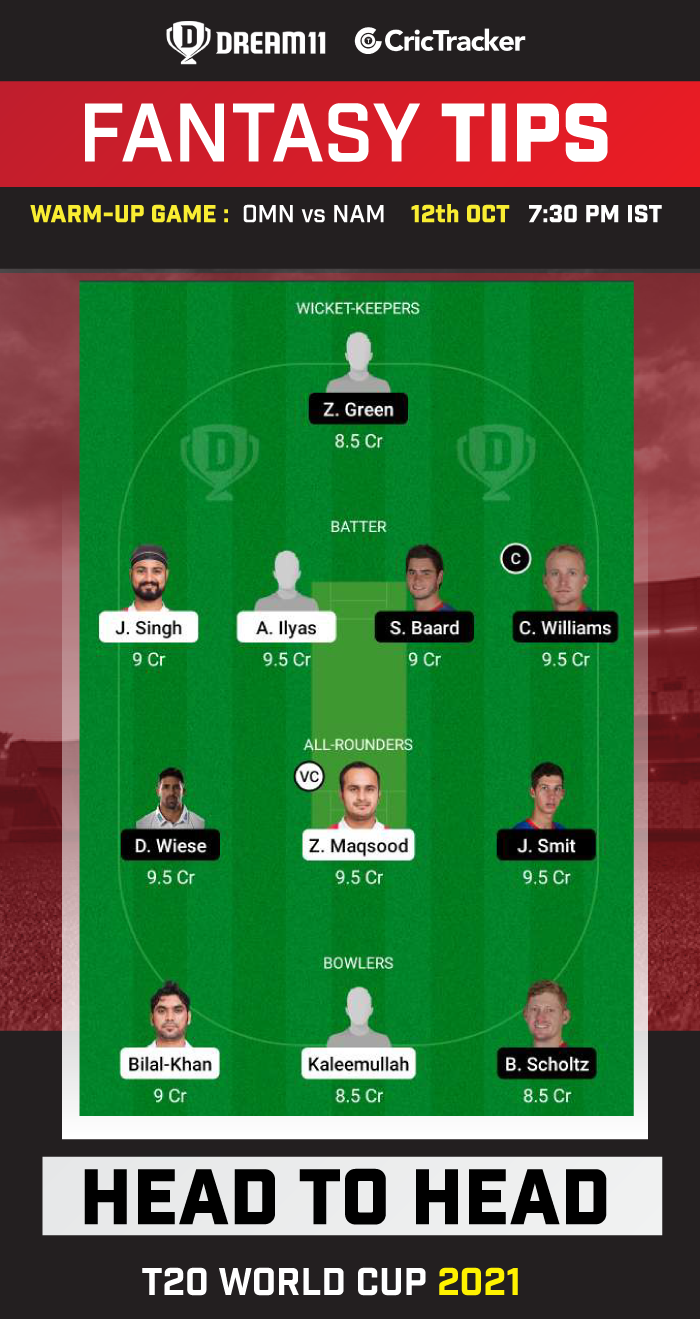 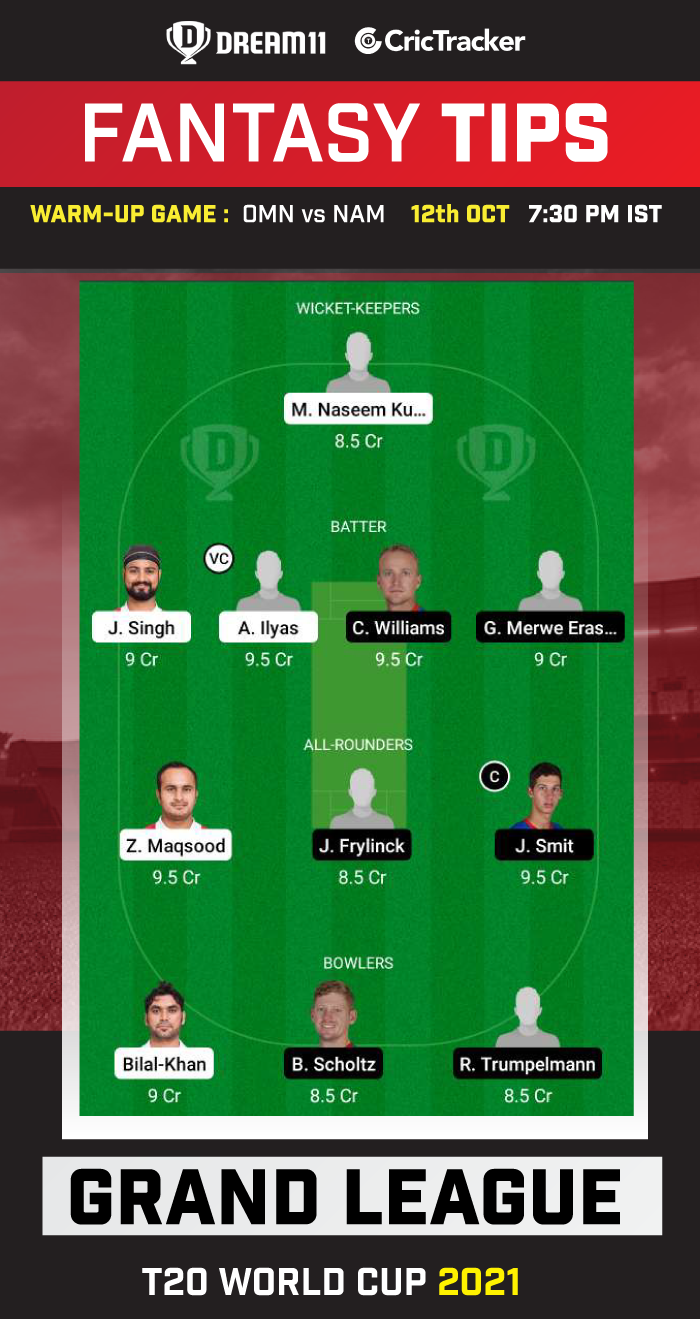 Jatinder Singh has scored only 12 runs in the last 2 matches against Sri Lanka. He is a risky captaincy pick for your fantasy teams.

Stephen Baard has scored 86 runs in the last 3 matches he has played. You can take a risk and pick him as your fantasy team skipper.

Considering there are plenty of options available in the bowlers’ slot, it’s better to avoid Ben Shikongo while making your fantasy teams.