Scotland have been playing cricket regularly and will have an upper hand in this match.

Scotland will go one-on-one against the Netherlands in the warm-up game of the T20 World Cup 2021. Scotland won their previous 2 matches against Namibia and PNG in the UAE Summer T20 Bash 2021. It would have given them plenty of hope ahead of their T20 World Cup journey. George Munsey, Richie Berrington, and Calum Macleod are the notable players in their line-up.

The Netherlands, on the other hand, haven’t played T20I cricket since April 2021. However, they have played a lot of tour and domestic matches in the due course, which has certainly helped them to get ready for one of cricket’s biggest carnival.

There is no information available about the matches played here before. The surface is expected to be a balanced one with equal help for both batters and bowlers. It will be interesting to see how the surface going to play in this match.

Squads for SCO vs NED:

George Munsey is a must-pick player for your fantasy teams. He is someone who can provide brisk starts at the top of the order. In his 43 T20Is, he has accumulated 1118 runs at an average of 29.42, with the highest score of 127*.

Richie Berrington is an excellent all-round cricketer and has won many matches for Scotland in the past. He has mustered 1517 runs and has also picked up 27 wickets in his entire T20I career.

Pieter Seelaar is an experienced campaigner who can do the damage with both bat and ball. He has featured in 74 T20Is, where he has scored 568 runs and has picked up 56 wickets at an economy of 6.87.

Colin Ackermann’s county experience will help Netherlands in the T20 World Cup. He has played only 11 T20Is and has scored 243 runs at an average of 30.37. Ackermann has picked up 5 wickets as well. 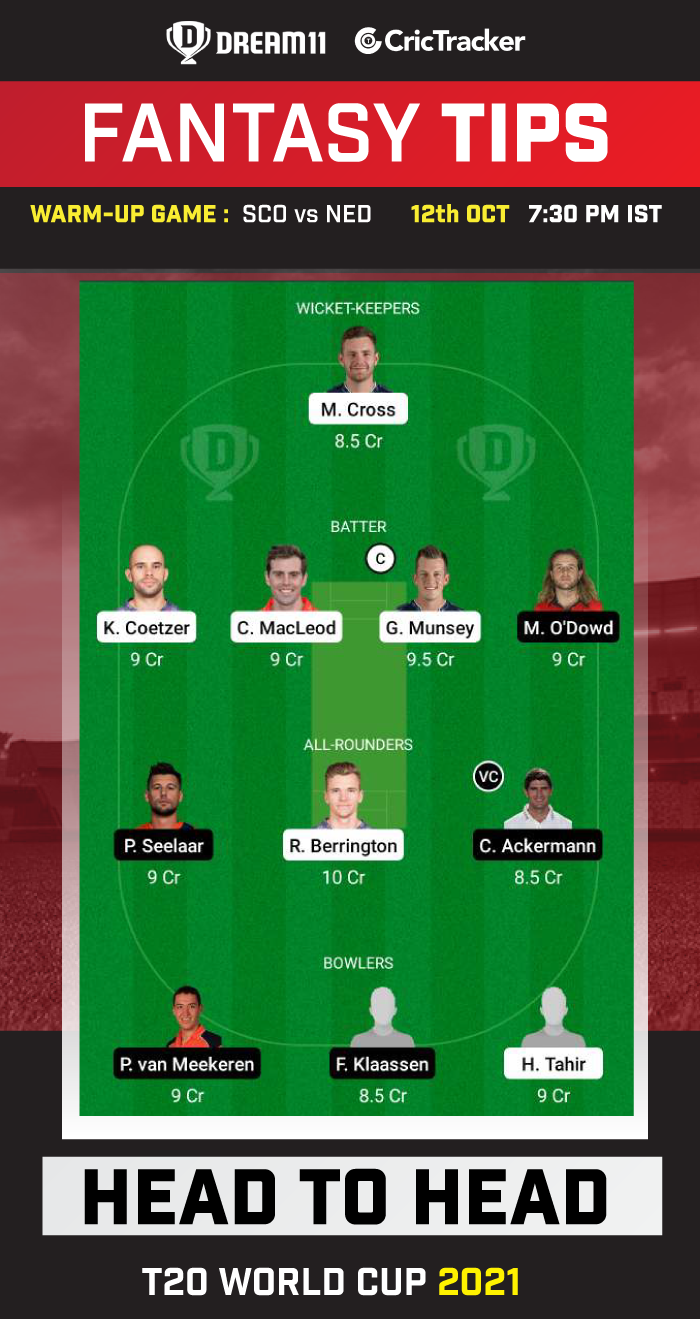 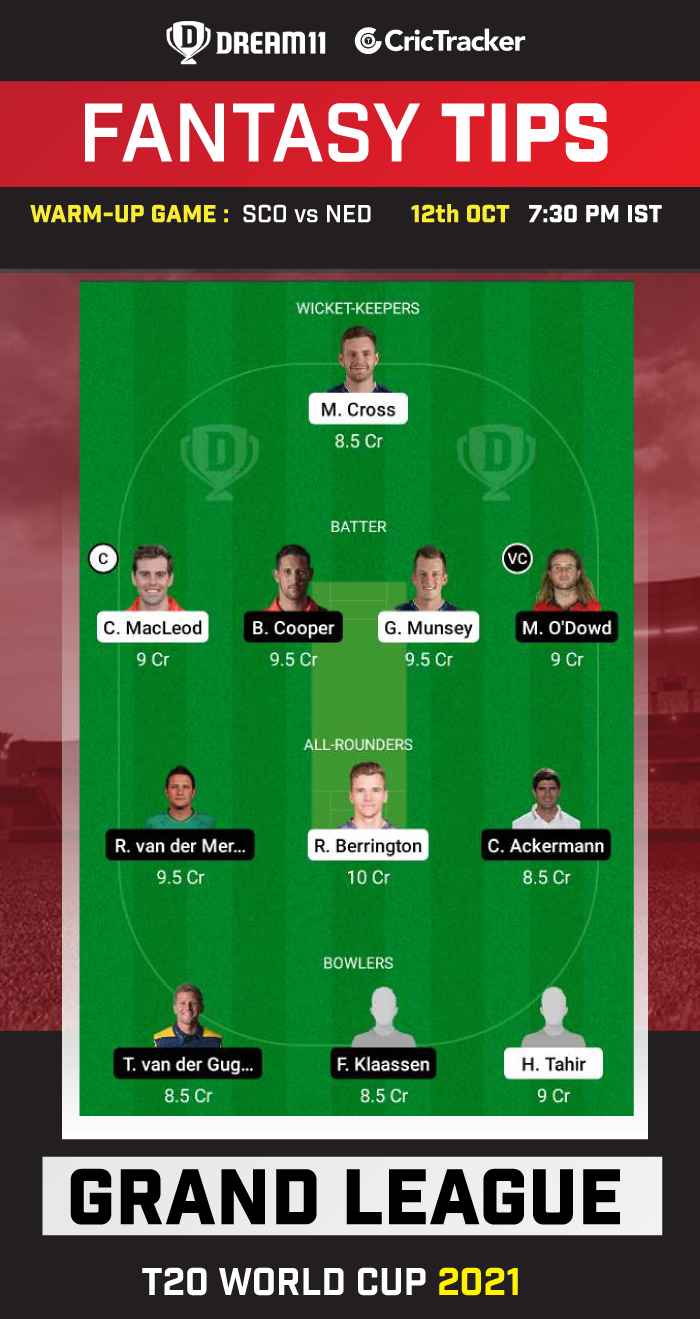 Kyle Coetzer has scored over 1400 runs in his T20I career, which comprises 6 half-centuries. It’s worth a risk and you can pick him as your fantasy team skipper.

Roelof van der Merwe is a competitive cricketer and likes to be aggressive on the field. You can take a risk and pick him as your fantasy team captain.

Considering there is too much competition in the bowler’s category, it’s better to avoid Brandon Glover while making your fantasy teams.