Adnan Zariwala took 13 wickets at an average of 12 and also chipped in 87 runs across nine domestic T20s.

The 1st match of the Tanzania APL T20, 2020 will be played between Simba Kings and Buffalo Blasters at the Gymkhana Ground in Dar-es-Salaam.

Simba Kings and Buffalo Blasters will lock horns in the first match of the Tanzania APL T20 starting on Saturday. A total of 15 matches will be played in league phase in this 9-day long tournament at the Gymkhana Ground in Dar-es-Salaam where six teams will be taking part.

The Advanced Players League T20, also known as APL T20, will be crucial for the national team selections. The head coach Steve Tiloko will be keenly following the tournament and the best performers could be awarded a national team call-up.

The opening game of the tournament won’t be affected by rain but will witness partial clouds at the venue.

The Gymkhana Ground in Dar-es-Salaam will host all the matches of the Tanzania APL T20. Hence, there will some fresh tracks laid for this tournament. Such pitches have a tendency to work in favour of the bowlers at the start.

Adnan Zariwala took 13 wickets at an average of 12 and also chipped in 87 runs across nine domestic T20s.

Vishal Patel has amassed 244 runs from ten domestic matches where he also picked up nine wickets. 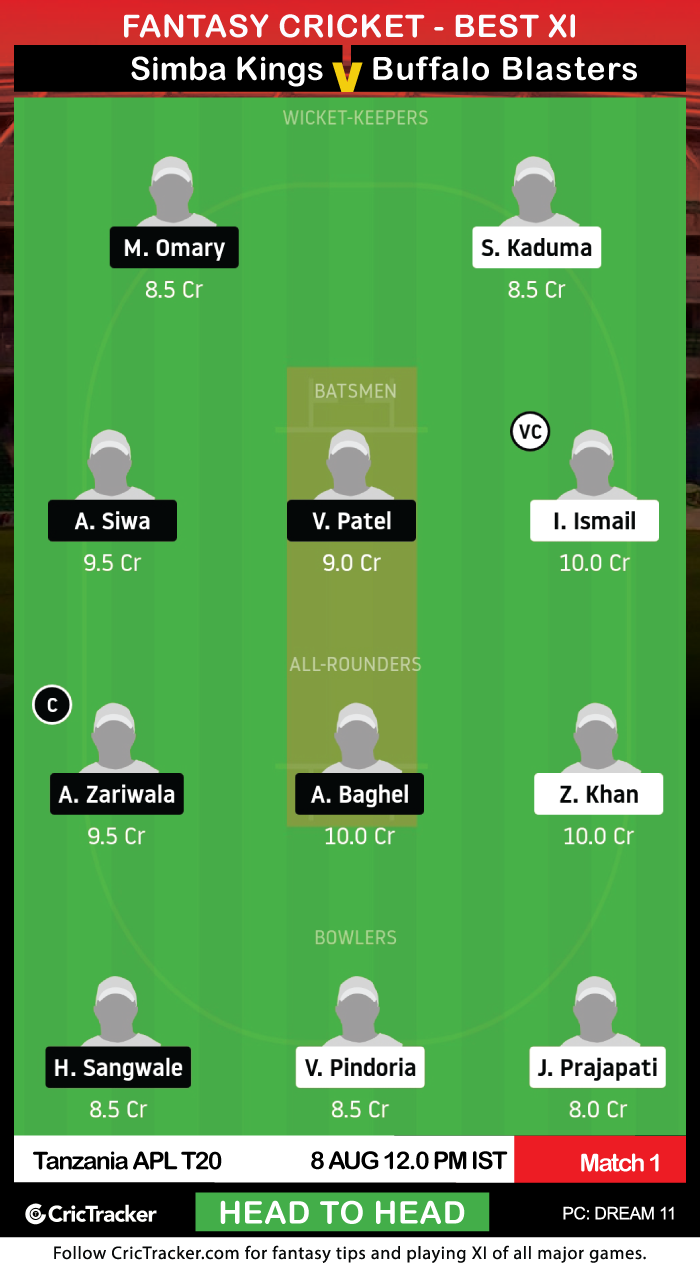 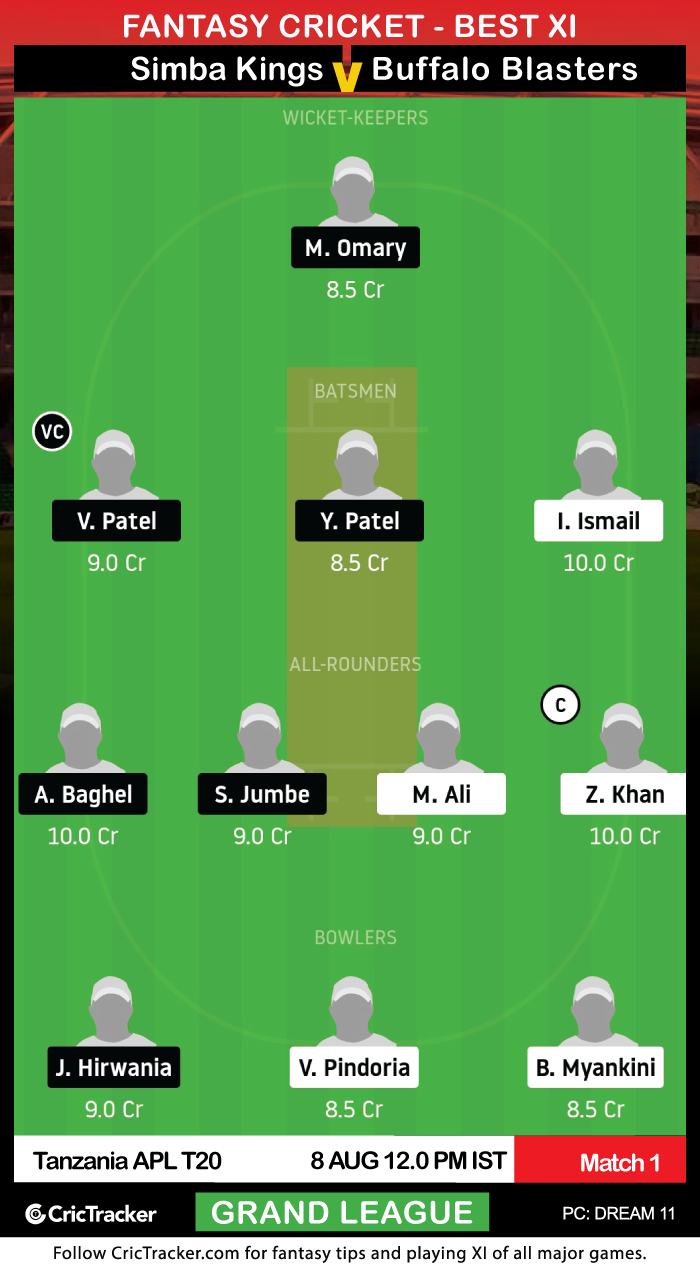 Only a maximum of four players can be picked from the category of all-rounders in Dream11 fantasy. Hence, top bowlers like Goodluck Andrew and Gokul Das miss out on the fantasy XIs picked by us for this match. The players we picked in our two suggested fantasy teams have players who can do well with both bat and ball.

Buffalo Blasters are expected to start the tournament with a close win against the Simba Kings.