It is a challenge picking the bowlers for these games as teams have batsmen who can be more than handy bowlers and quality all-rounders. Thus, only pick three bowlers. It gets inevitable that one of the bowlers is not a part of the Playing XI.

The 8th match of the Tanzania APL T20 2020 will be played between Chui Challengers and Buffalo Blasters at the Gymkhana Ground, Dar-es-Salaam.

The Chui Challengers will be playing back-to-back games in the Tanzania APL T20, 2020. Right after their match against the Simba Kings on Monday, the team is scheduled to face the Buffalo Blasters on Tuesday morning. Playing two T20 games without much break will pose a challenge to the Challengers. Nevertheless, they can’t afford giving anything less than 100 per cent.

It will be a partly cloudy day with high levels of humidity in Dar-es-Salaam. The humidity levels are forecast to be quite high and there is a slight chance of precipitation.

The pitch has been in favour of the bowlers. Till now, big scores haven’t been registered in the tournament and it is going to be tough work for the batsmen.

Jitin Pratap Singh is the leading run-scorer for his team and in the tournament. He scored 105 runs in two games including a high score of 66. He even picked up one wicket in the first game.

With 53 runs (2 innings) and 1 wicket (1 inning) in two games, Riziki Kizito has been another impressive player so far in the tournament.

Salum Jumbe has been the best batsman for the Buffalo Blasters with 50 runs in two games and 2 wickets to go with it.

Firoz Hatim Dahodwala has picked up three wickets in two games at an economy rate of 6.

Vishal Patel has done well with the ball. His economy rate is under 6 and has also picked up two wickets.

Johnson Nyambo has picked up three wickets in the first game. 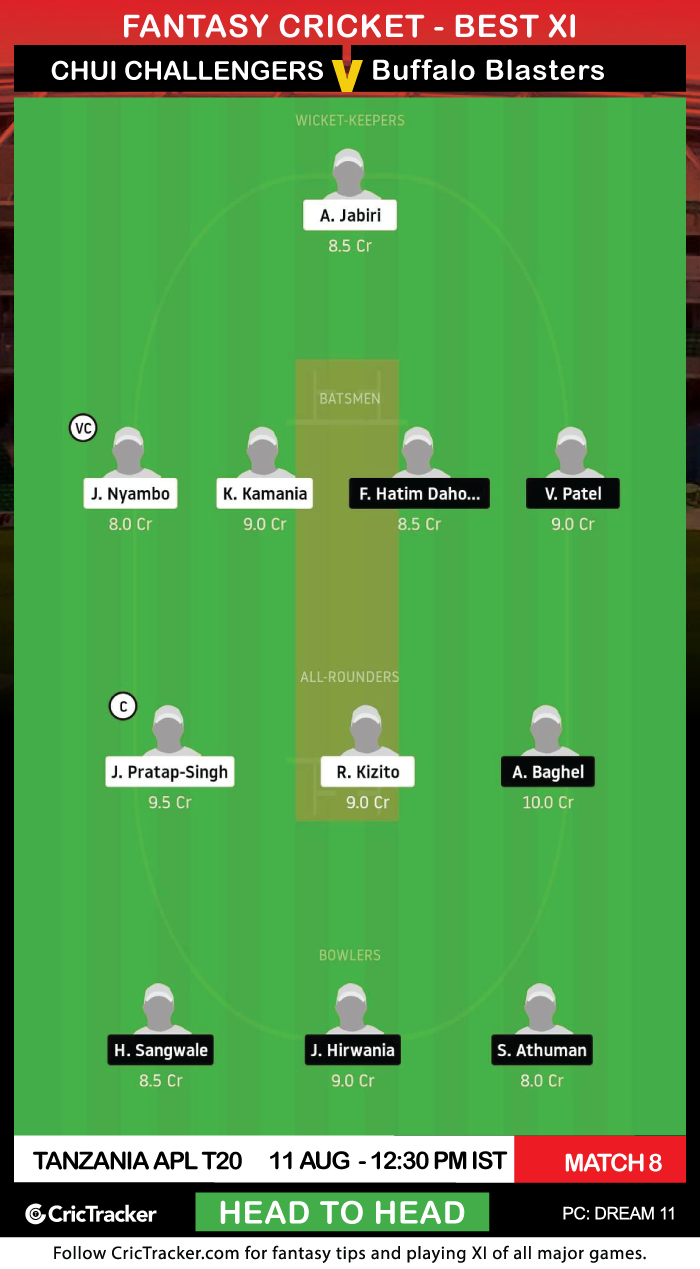 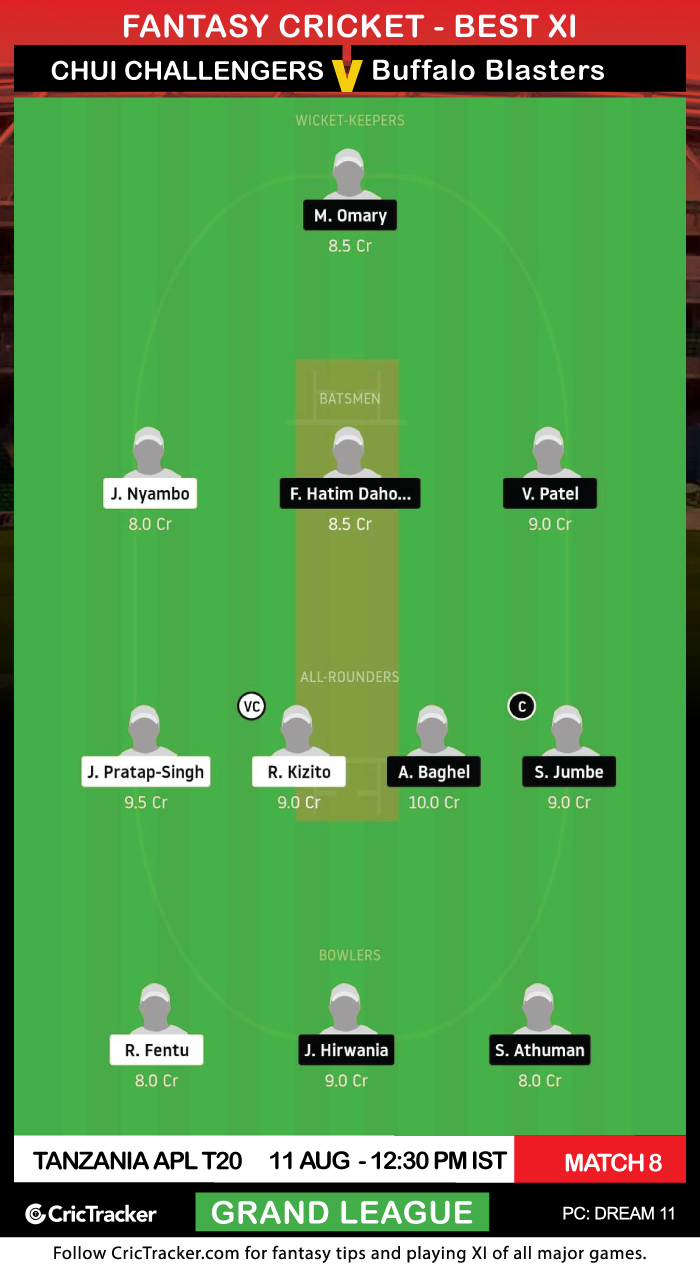 It is a challenge picking the bowlers for these games as teams have batsmen who can be more than handy bowlers and quality all-rounders. Thus, only pick three bowlers in your Dream11 Fantasy team. It gets inevitable that one of the bowlers is not a part of the Playing XI looking at how teams went about it till now.

Chui Challengers are expected to win this game.