Tembo Stars are expected to win this match.

The 9th match of the Tanzania APL T20 2020 is all set to play between Royal Rhinos and Tembo Stars at the Gymkhana Ground, Dar-es-salam.

Both the teams, Royal Rhinos and Tembo Stars, stared off the tournament with a loss during the weekend. The Tembo Stars couldn’t chase down the target of 141 against Chui Challengers. But they managed to bounce back by defeating the Twiga Tigers in their second game. Their opponent Royal Rhinos, however, has failed to win both the games they played.

Despite losing both their matches, Royal Rhinos will look ahead to get back on track with a win in the upcoming encounter. A win could potentially lift their morale a great deal at this stage. All in all, a nail-biting clash awaits on the Tuesday evening between the two teams.

The weather is forecasted to be partly cloudy, and the chances of precipitation are minimal. The temperature would around 25 -29 Degrees Celsius.

Batsmen are finding it difficult to score runs on this track. The ball is not coming onto the bat nicely and hence, caution is required while batting.

Jumanne Masquater has scored 56 runs in the first game but bagged a duck in the second. Zamoyoni Ramadhani played a decent knock in the first match where he scored 28 runs. He picked up 2 wickets in 2 games.

Aahil Jasani has taken 4 wickets in 2 matches. Issa Safari, too, has got four scalps to his name in two games. Yash Hirwania has picked up 3 wickets in two matches.

Athumani Kakonzi has scored 61 runs from the two matches he played and even picked up three wickets. Ally Mpeka is looking good with the ball as he got 6 scalps in only 2 matches which includes a 4 wicket-haul in his first match. Vipin Abraham is another bowler from Tembo Stars side who has taken 3 wickets so far. 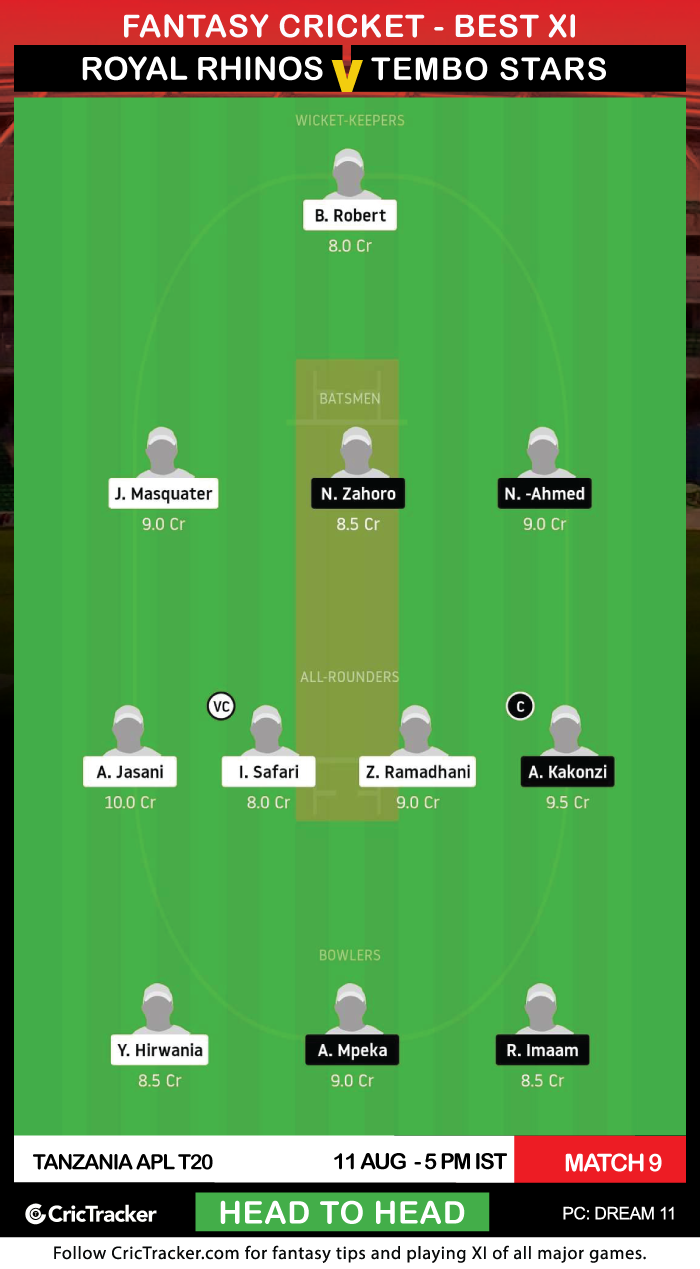 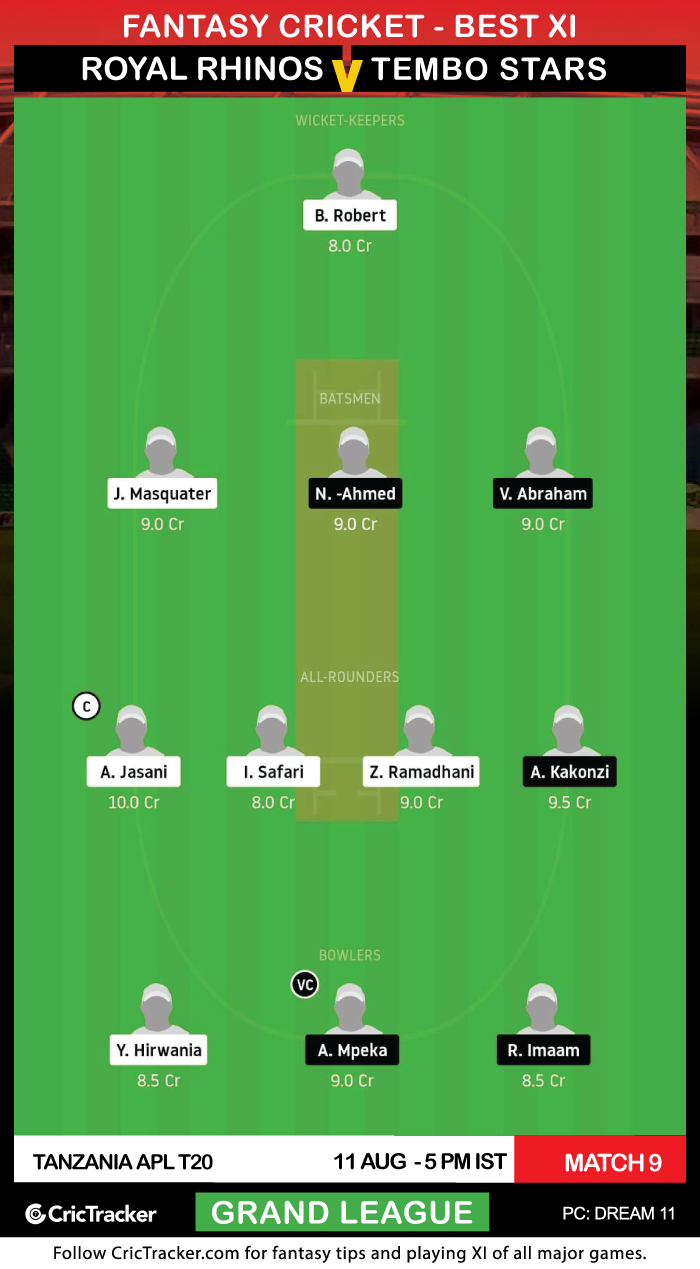 In this match, all-rounders should be must picked in your team. If you can take the risk, drop any of them and select a bowler instead.

Tembo Stars are expected to win this match.