Angus Pickering is a batting all-rounder who will bat in top-order and also bowl his quota of 2 overs.

While the first match will commence at 12:30 PM, the second match will be played at 2:30 PM. Both the matches can be streamed live on FanCode.

THCC Hamburg will be up against VFB Fallersleben in the 29th and 30th match of ECS T10 Kiel on Tuesday. THCC Hamburg haven’t opened their account in this tournament so far. They have lost all 4 matches and are sitting at the bottom of the table. They are struggling to find their first win of the tournament.

Meanwhile, VFB Fallersleben have won one out of their 4 games in this tournament and are standing on the 3rd position on the points table of Group B of ECS T10 Kiel. Both teams are struggling at the moment and will look to turn their fortunes around. The clash between the sides will be an interesting one to watch on Tuesday as both teams are on the lookout for a victory.

Angus Pickering is a batting all-rounder who will bat in top-order and also bowl his quota of 2 overs. He has the ability to play big innings and gets his majority of runs in boundaries. He is also a useful bowler and can pick 1-2 wickets in the match. Pickering has scored 92 runs in 4 matches and grabbed 5 wickets too.

Sunny Rai is a solid batsman who plays on the merit of the ball and also is a smart bowler who will bowl according to the situation. He has amassed 61 runs in this tournament so far. Rai also bowls medium pace with tight line and length and has picked up 5 wickets. 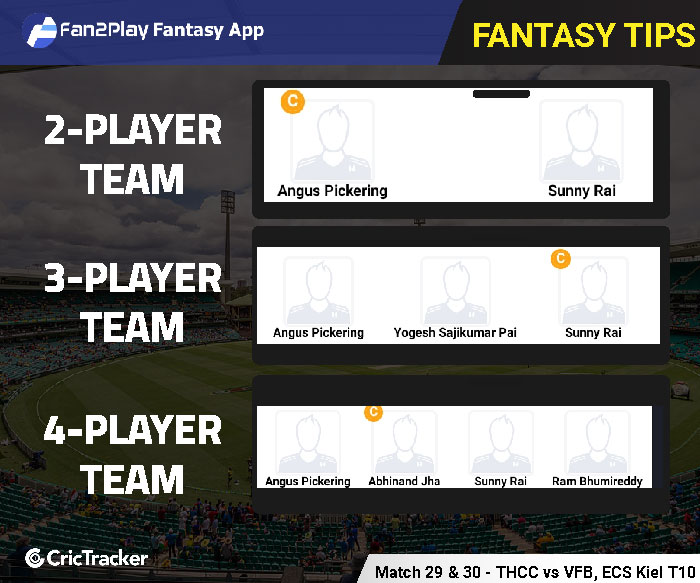 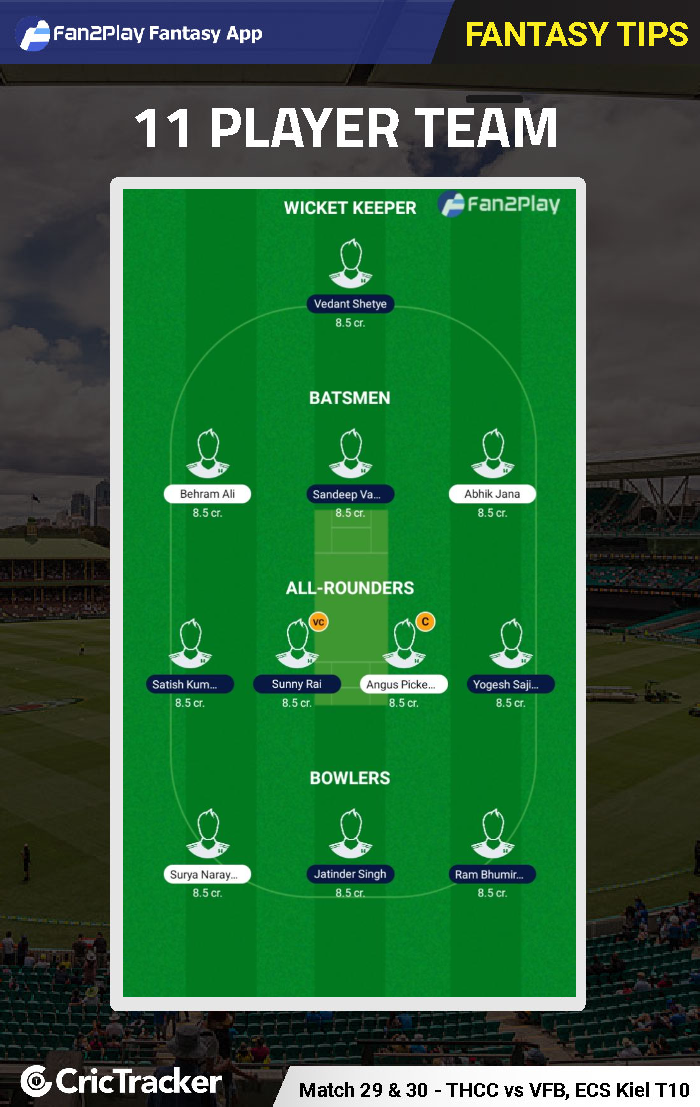