Lewis Gregory has become a completely different player after the successful series against Pakistan. 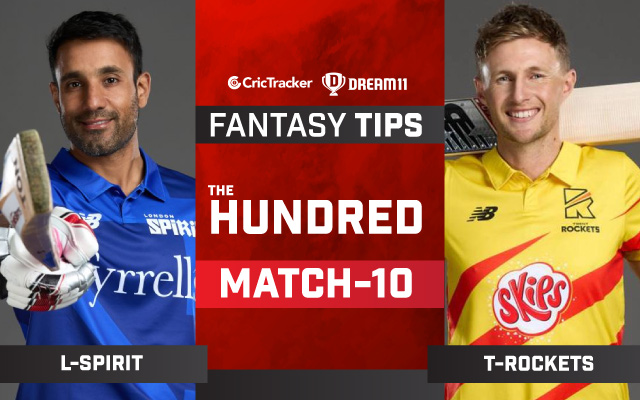 London Spirit will take on Trent Rockets in the 10th match of The Hundred Men’s 2021 at the home of cricket, Lord’s, on Thursday. London Spirit will be playing their third match of the tournament. They saw their 2nd match getting washed due to rain, whereas they lost their opening match to Birmingham Phoenix by 3 wickets. They need to be more professional in their approach if they want to win their 1st match of the tournament.

Meanwhile, Lewis Gregory and his boys are doing an excellent job in this tournament with two back-to-back wins against Southern Brave and Northern Superchargers. Trent Rockets are in a commendable position at the moment by occupying the top spot in the standings with 4 points.

The surface here at Lord’s has produced many memorable matches in all 3 formats of the game and we can expect a good sporting wicket for this match as well. The square boundaries are way shorter than the straighter ones and chasing here will make more sense rather than batting first.

Also Read: SL vs IND: The reason why Rahul Dravid sent a 12th man on the park with a chit during second T20I

England’s white-ball and London Spirit captain Eoin Morgan is yet to set the stage on fire, but it has to be noted that he is someone who takes time to get going. He managed to score only 13 runs against Birmingham Phoenix, but we can expect big innings from him in this match.

Alex Hales keeps on improving consistently, as the selectors continue to ignore him. He won the game for Trent Rockets in the last game against Northern Superchargers, scoring 40* runs from 34 deliveries.

Afghanistan all-rounder Mohammad Nabi bowled pretty well in the opening game against Birmingham Phoenix and conceded only 20 runs in his full quota of 20 deliveries. More importantly, he also picked up a wicket.

D’Arcy Short seized the opportunity with both hands in this Hundred format. In 2 matches so far in this tournament, he has scored 65 runs at a strike rate of 125, with the highest score of 51*.

Mohammad Amir is an experienced campaigner who has served Pakistan Cricket well across all formats. He picked up 2 wickets in his first The Hundred match against Birmingham Phoenix.

Marchant de Lange has been unbelievable with the ball for Trent Rockets. After picking up a 5-wicket haul against Southern Brave, he returned with the figures of 3/22 against Northern Superchargers.

A lot has been expected from Josh Inglis in this tournament after his successful T20 Blast campaign for Leicestershire. He will be a good budget pick for your fantasy teams.

LNS vs TRT Must Picks for Dream11 Fantasy Cricket:

Rashid Khan always sets his standards high in every competition he plays. He has picked up 3 wickets and scored 25 runs with the bat. It’s worth a risk to pick him as your Dream11 fantasy team skipper.

Lewis Gregory has become a completely different player after the successful series against Pakistan. He has managed to pick 2 wickets and has scored 14 runs with the bat in this tournament. You can take a risk and pick him as your fantasy team skipper.

Since Josh Inglis is a first-choice wicket-keeping option, you can avoid Tom Moores while making your fantasy teams.