Harry Brook and Adam Lyth are doubtful for this match. 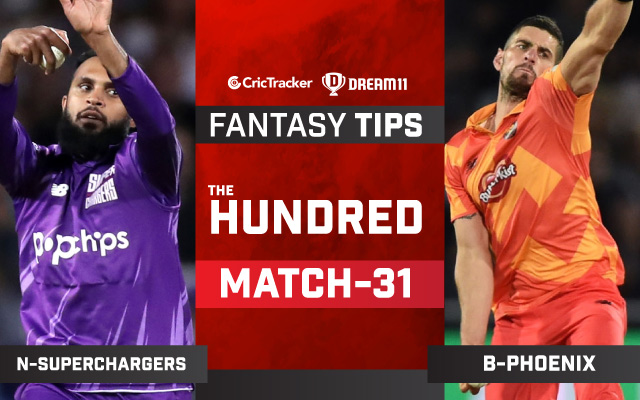 Meanwhile, Birmingham Phoenix have got great chances of qualifying directly into the finals. All they need to do is to win this match. They are unbeaten in their last 4 matches and will be favourites to win this game.

We witnessed the tournament’s highest team total of 200 here when Northern Superchargers played against Manchester Originals last week. It’s an excellent surface to bat on with not much to offer for the bowlers. Whoever wins the toss should bat first.

Chris Lynn hasn’t matched his standards on some occasions, but we all know that he is a brilliant striker of the cricket ball. We can expect some fireworks from him in this match.

Will Smeed is a dangerous batter who has got all the shots in the book. In only 4 matches in this tournament, he has mustered 164 runs at an average of 54.66.

David Willey is a must-pick player for your fantasy teams. In 6 matches in this competition, he has scored 125 runs at an average of 25 and has even picked up 4 wickets.

Liam Livingstone won the player of the match in the last game against Trent Rockets for his knock of 50 runs from 31 deliveries. Overall in this tournament, he has scored 210 runs at an average of 42 and has chipped in with a wicket as well.

Adil Rashid is the joint leading wicket-taker in this tournament with 12 scalps in 6 matches at an economy of 7.15. He has the best bowling figures of 3/13.

Veteran spinner Imran Tahir has been contributing well for his side with his exceptional bowling performances. He has scalped 9 wickets in 7 matches at an economy of 8.68.

John Simpson played an exquisite inning against Manchester Originals last week, where he scored 71* runs from just 28 deliveries, which includes 11 fours and 2 sixes.

NOS vs BPH Must Picks for Dream11 Fantasy Cricket:

Tom Kohler-Cadmore has played only 3 matches in this competition and has scored 40 runs with the bat. You can take a risk and pick him as your fantasy team skipper.

Finn Allen is a handy customer at the top of the order. He has accumulated 123 runs in 7 matches for Birmingham Phoenix. Considering his current run of form, he is a risky captaincy choice for your fantasy teams.

Chris Cooke bats down the order and scored only 20 runs in the 3 innings he has batted in this tournament. Hence, it’s better to avoid him while making your fantasy teams.