Danni Wyatt is a good captaincy pick for this rubber. 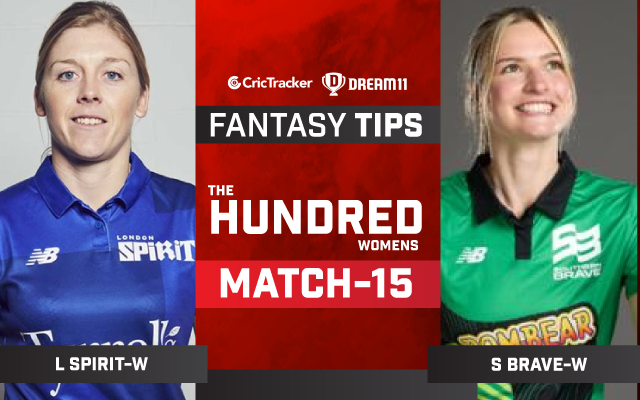 London Spirit Women and Southern Brave Women will battle against each other in Match no. 15 of The Hundred. The London Spirit Women are placed at 5th place in the points table. They have emerged triumphant in 1 out of the 3 matches that they have played in the competition.

On the other hand, the Southern Brave outfit is occupying second place in the points table. They have played 3 matches and have emerged triumphant in each of those games. While the Southern Brave side thrashed the Birmingham Phoenix side in their previous match, the London Spirit outfit went down to the Trent Rockets.

This pitch is one where batters will get value for their shots, and bowlers will also get some purchase off the track.

Deandra Dottin got off to a good start with the willow and scored a quick 29 at a strike rate of 152.63 in London Spirit’s previous encounter. She is surely a batter who can pulverize the opposition.

Freya Davies bowled a very good spell for her side against the Trent Rockets Women side. In the 20 balls that she bowled, she gave away 19 runs and also picked up a wicket as well.

Danni Wyatt scored 69* off just 40 deliveries and helped her side wallop their opposition with 8 wickets to spare in Southern Brave’s previous encounter. Her innings was laced with 5 fours and 4 sixes.

Amanda-Jade Wellington was the star performer with the ball for the Southern Brave side in their previous encounter. She picked up 2 wickets in the 20 balls that she delivered, and gave away only 16 runs.

Smriti Mandhana could not get going with the willow in the Southern Brave side’s previous match. But, she is a batter with immense potential and she can destroy the opposition on her day.

Fi Morris went wicketless in the last two matches that the Southern Brave side played, and you can avoid her from your Fantasy team.