Smriti Mandhana will play her first match after watching all her teammates play in the first two days. 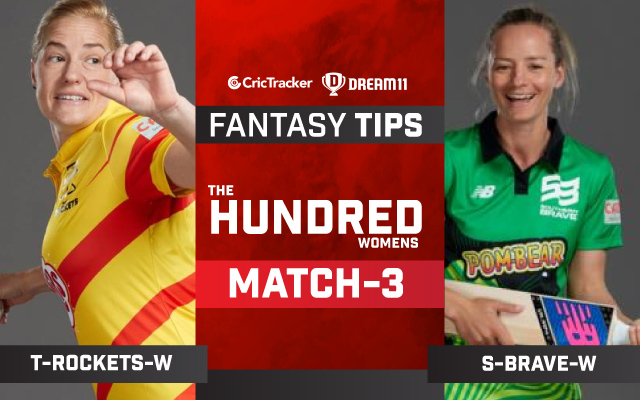 In the third match of the Women’s The Hundred 2021, we will witness a clash between two of the best-formed teams in the competition, Trent Rockets Women and Southern Brave Women. Both the teams have some quality stars who can take this team to greater heights.

Southern Brave have some key players such as Stafanie Taylor and Smriti Mandhana along with local stars like Dani Wyatt and Anya Shrubsole. On the other hand, Trent Rockets, who are the home team in this fixture have Nat Sciver, Katharine Brunt, and overseas star Rachel Priest.

The wicket was used recently for a T20I match, where more than 430 runs were scored. This gives us an indication of the wicket being batting friendly. We can expect high scores in this game as well.

Nat Sciver has to be one of the best all-rounders in the world. She can score runs quickly and also make sure that she picks up wickets at crucial junctures of the game.

Rachel Priest is an experienced player and would be looking to use all her experience to come up with a solid performance to start off the tournament.

Stafanie Taylor is an exceptional all-rounder in the shortest format and recently was in tremendous form with the both the ball and the bat against Pakistan in a home series.

Smriti Mandhana is coming into this series after scoring some runs while playing in the recent series against England. She would be looking to get off to a good start in this competition.

Katherine Brunt bats quite low in the batting order and is unlikely to contribute for her team. Having said so, it is better to avoid her as the captain and solely keep her as one of the picks.

Anya Shrubsole has a great record in T20Is which can be seamlessly converted to the Hundred. However, her one-dimensionality makes her a risky choice for captain.

Maia Bouchier is not an experienced player and yet to play international cricket. Given the options in this contest, you can avoid her.