Jemimah Rodrigues has registered the highest individual score of 92* in the Hundred format. 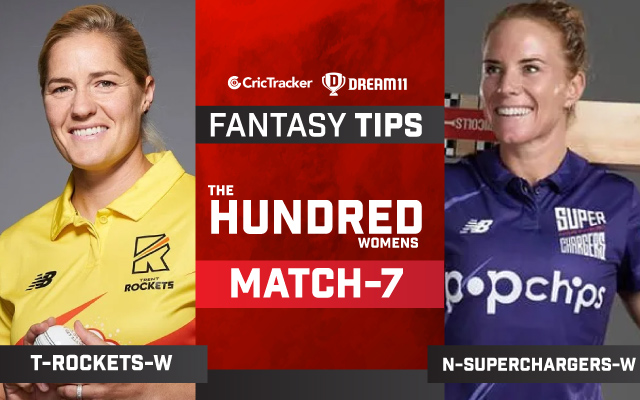 Trent Rockets Women will go one-on-one against Northern Superchargers Women in the 7th match of The Hundred Women’s 2021 on Monday. Trent Rockets Women had a disappointing start in this tournament as they lost their opening match against Southern Brave Women by 23 runs. Skipper Natalie Sciver’s all-round performances couldn’t help them. They have got renowned players in their line-up and will be hoping to make a comeback in this match.

Meanwhile, Jemimah Rodrigues set the tone up for Northern Superchargers Women with her outstanding display of batting, as a result of which, the Superchargers won their opening match against Welsh Fire by 6 wickets, with 15 balls to spare.

It’s a completely batting-friendly surface where the ball comes quite easily onto the bat. Staying long at the crease is the key for the batswoman. Anything over 140 is a competitive score on this venue.

Also Read: SL vs IND: Hardik Pandya gifts one of his spare bats to Chamika Karunaratne

I will turn to Hashim Amla during the T20 World Cup for any advice: David Miller

Natalie Sciver was too good with her all-round performances in the last game against Southern Brave. She picked up 2 wickets and then played a good knock before getting dismissed for 44 runs.

Katherine Brunt is the go-to bowler for any side she plays for. She bowled an economical spell by not conceding many runs against Southern Brave and accumulated 22 runs with the bat as well.

Jemimah Rodrigues was the player of the match for her splendid batting performances in the run-chase against Welsh Fire. She remained unbeaten on 92 runs from just 43 balls, which was comprised of 17 fours and a six.

Linsey Smith bowled quite well against Welsh Fire by picking up 3 important wickets. She conceded just 14 runs in over her full quota of 20 balls.

Scotland Women’s captain Kathryn Bryce didn’t have the greatest of matches against Southern Brave as she went wicketless and didn’t score either with the bat. That being said, she is a vastly experienced campaigner and you can take a risk and pick her as your fantasy team skipper.

Lauren Winfield is an excellent wicketkeeper batswoman, who failed to get up off the mark in the last match against Welsh Fire. It was nothing but an off-day, as she is a capable player. You can take a risk and pick her as your fantasy team skipper.

Phoebe Graham conceded 38 runs in her 20 balls against Welsh Fire. It’s better to avoid her while making your fantasy teams.