Jemimah Rodrigues has grabbed 2 player of the match awards in the last 2 matches. 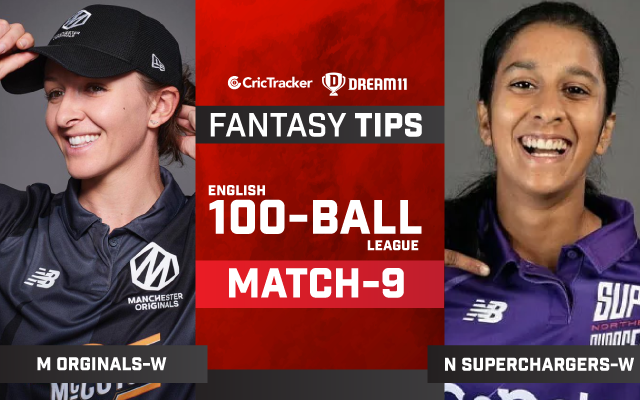 Meanwhile, Northern Superchargers Women are in excellent shape having won 2 consecutive matches on the trot. Jemimah Rodrigues has been quite outstanding with the bat in both matches. Currently, they are at the top spot in the standings with 4 points and having a net run-rate of 1.268.

It’s a well-made surface for the batters to score runs. Having said that we witnessed a low-scoring game between Originals and Phoenix on Sunday. It’s a 130-140 kind of wicket and whoever wins the toss should bat first.

Harmanpreet Kaur battled really hard in the last match against Birmingham Phoenix for her 49 runs. Overall in 2 matches in this tournament, she has scored 78 runs at an average of 78 with a strike rate of 123.8.

Lizelle Lee failed to provide a good start in the last game against Birmingham Phoenix as she was dismissed for just 7 runs. In 2 matches in this tournament, she has collected 49 runs.

Jemimah Rodrigues has been magnificent for Northern Superchargers in the first two matches. She scored 152 runs in 2 matches at an average of 152 and she was named as the player of the match in both games.

Lauren Winfield is back to her best and scored an important 33 runs for her side against Trent Rockets. She is a good pick for your fantasy teams.

Georgie Boyce has scored only 24 runs in 2 matches so far in this tournament. You can take a risk and pick her as your fantasy team skipper.

Alice David-Richards has caught the eye with her all-round performances in the first two matches. It’s worth a risk and you can pick her as your fantasy team skipper.

Hollie Armitage has picked up one wicket and scored a run so far in this tournament. It’s better to avoid her while making your fantasy teams.