For this match, given the form of the players of these teams, it would be advisable to include as many as 4 batters in your fantasy team.

The 6th match of the Bengal T20 Tournament 2020 will be played between the Town Club and the East Bengal Club at the Eden Gardens in Kolkata.

The match is scheduled to start at 02:00 PM IST. This match can be streamed live on FanCode in India.

Playing their second match of the tournament will be the East Bengal Club and the Town Club when they face off against each other on Thursday. Both these teams have had very contrasting starts to their runs in this tournament.

While on one hand, the Town Club started on a positive note by winning their first game against the Kalighat Club by 3 wickets, the East Bengal Club did not have the start they would have ideally wanted to have. They lost their match to Tapan Club who walked home all smiles after a 6 wicket win. So, coming into this game, the Town Club will hold the upper hand over their opponents, who will have to work really hard to get to a win in this game.

The weather in Kolkata on the day of the match is expected to be fine for a full-length game of cricket. The conditions will remain overcast with the chances of rainfall pegged at just 10 per cent. The temperature will be around the 23 degree Celsius mark.

An overall balanced surface with help for both the batsmen and the bowlers will be welcoming the players when they take the field. The pacers will have an edge over the spinners in the bowling department. Winning the toss and bowling first would be a viable choice for the captains.

140 (Last four matches of the tournament)

Also Read- ICC Awards of the Decade: All the categories and nominations you need to know

Shreevats Goswami did well in the recent Indian Premier League and will want to make his mark on this tournament too. He was not able to shine with the bat in his team’s first match, but will surely be rooting to make a comeback in this game.

Mukesh Kumar was the pick of the bowlers in his team’s first game of the tournament. He took 3 wickets in the 3.1 overs he bowled and maintained an economy rate of 4.11 runs per over.

Md. Kaif-I looked to be in great touch with the bat in the opening match of his team. He scored a brilliant half-century and walked back to the pavilion with 58 runs to his name in 24 deliveries in that match.

Aziz Ansari has shown the potential to be a valuable all-rounder for his team. In his last game, he picked 2 wickets and played a handy knock of 20 runs off 16 deliveries. 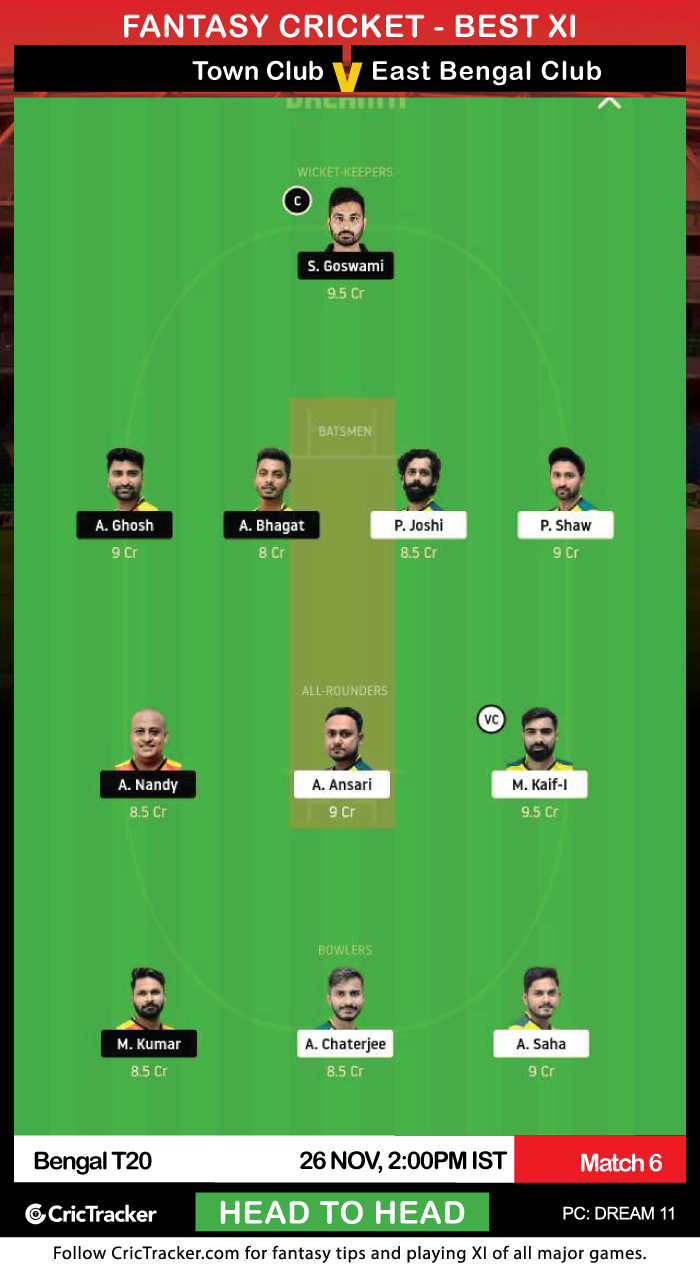 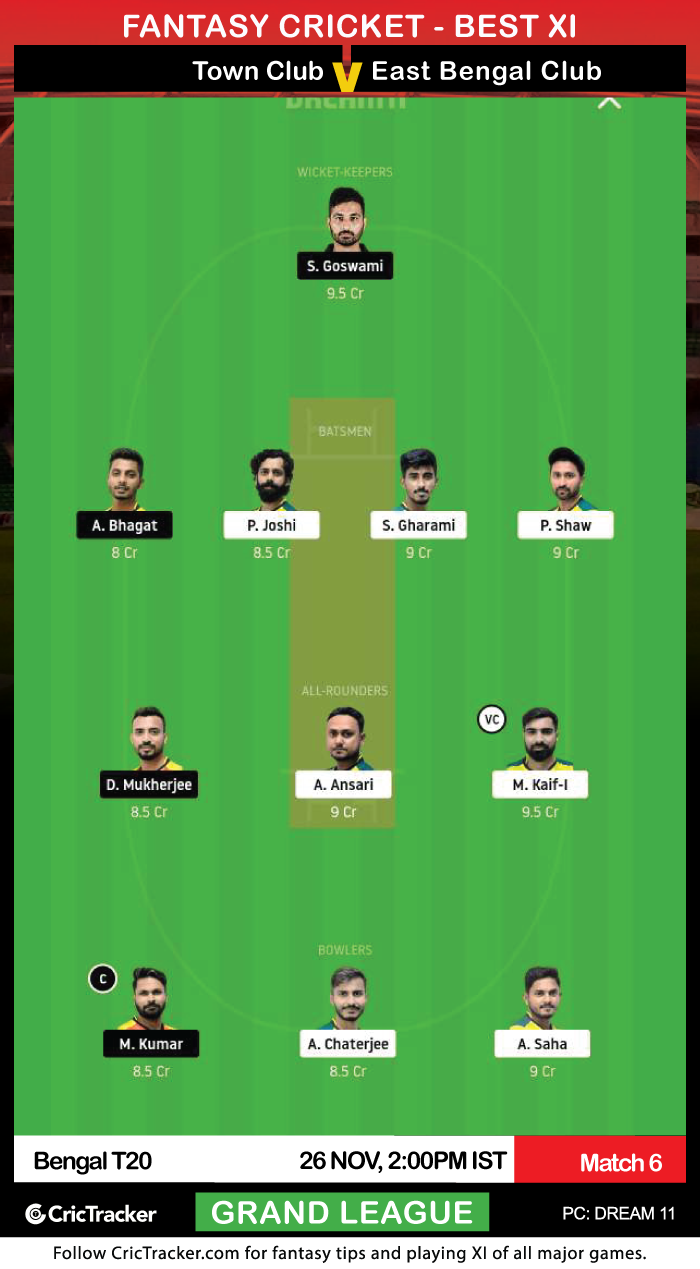 For this match, given the form of the players of these teams, it would be advisable to include as many as 4 batters in your fantasy team. In order to fill up the 4th spot, you can pick and choose between Arindam Ghosh and Sudip Kumar Gharami as both are equally capable of scoring runs for their team.

Town Club is expected to win this match.