Rario Marketplace is a platform wherein the users can select among a range of historic cricket moments and add them to their collection. 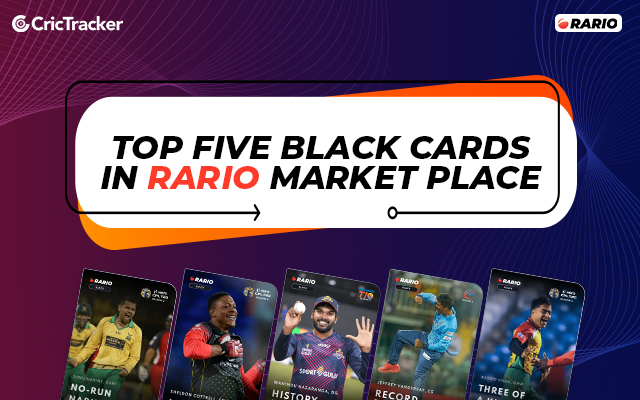 Rario is the world’s first licensed Cricket NFT platform that allows fans to purchase, sell or trade memorable moments of their favourite players. In one of our previous articles, we gave you detailed information about how Rario works. In this piece, we will talk about the top-five black cards in the Rario marketplace.

Potential buyers can select from among a variety of historic cricket moments available on the Rario Marketplace. Rario NFTs are split into four different categories based on their rarity. There are a total of four categories available in the marketplace starting from silver, gold, black and finally the unique cards. After purchase, these cards can then be re-listed in the marketplace for traders to sell or purchase.

It should be noted that the Rario cards are assigned serial numbers which are entirely dependent on the card’s circulation, or how many times the moment has been ‘minted.’ For example, a moment minted 100 times would have 100 cards of it with serial number 1-100. The card with a lower serial number always tends to have more value in the market. 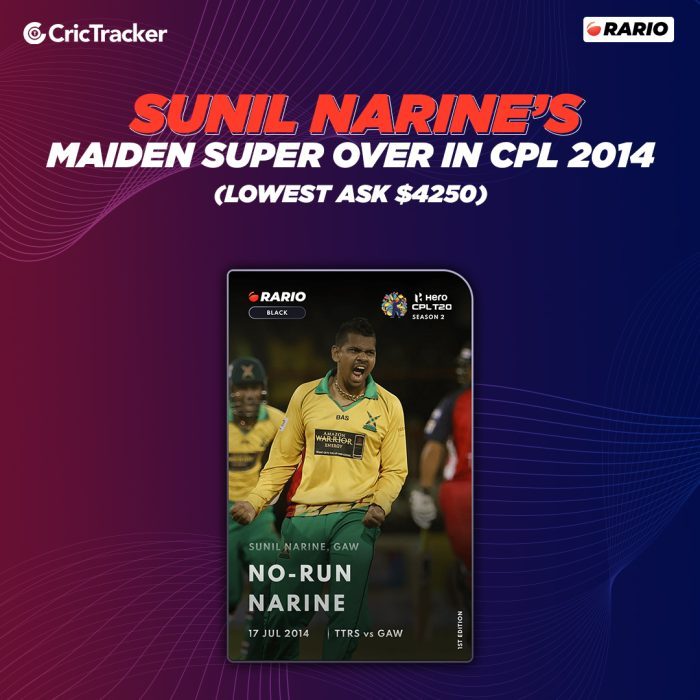 West Indian spinner Sunil Narine became the first bowler in cricketing history to bowl a maiden in the super over. Playing for Amazon Warriors against Trinbago Red Steel, Narine had 12 runs to defend and he gave away none. The batter at strike was Red Steel’s wicketkeeper Nicholas Pooran who tried hard but never actually got going, before getting out on the fifth ball of the over. The last ball of the over was faced by New Zealand’s Ross Taylor. However, he also could not connect his slog as Narine bowled a stunning maiden in the super over. 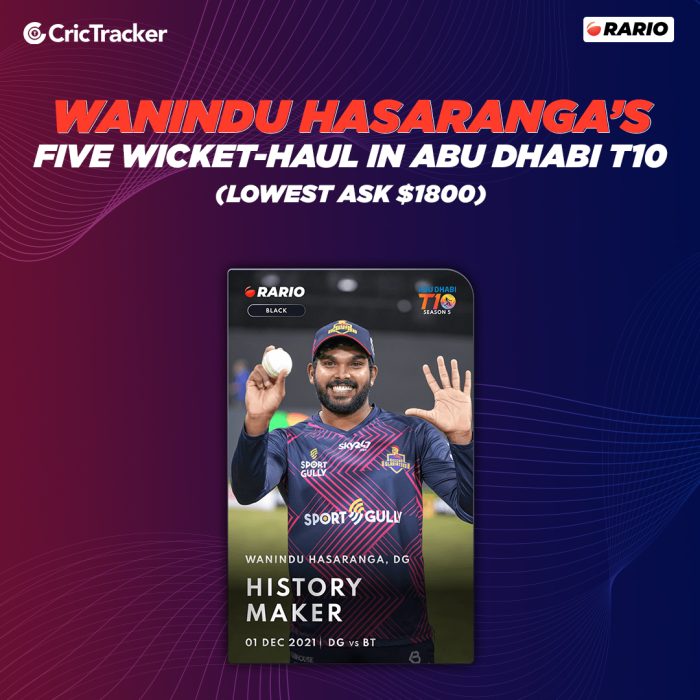 Sri Lankan spinner Wanindu Hasaranga was a star for his side Deccan Gladiators in a match against Bangla Tigers in the 2021 Abu Dhabi T10 league. Hasaranga bowled a sensational spell of 5/8 in his two overs where his second over was a triple wicket maiden. His victims were Johnson Charles, Karim Janat, Isuru Udana, Benny Howell, and Vishnu Sukumaran. He surpassed the best bowling figures in T10 history held by Pravin Tambe for his 5/15. 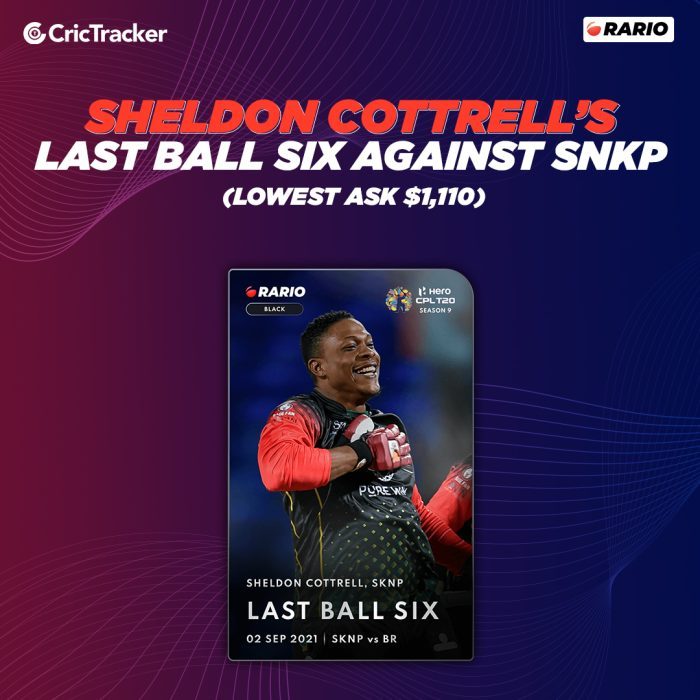 St Kitts and Nevis (SKNP) were down and out against Barbados Royals in a group stage of the 2021 Caribbean Premier League. Chasing a target of 161, SNKP were 127 for 7 and seemed set for a loss. However, Dominic Drakes (28 off 15) and Cottrell (20* off 7) ensured that Patriots remain unbeaten in the tournament with five wins in five matches. The match went down to the wire with SKNP needing 4 to win off the last ball and Sheldon Cottrell smoked a six over long-off to seal a sensational victory. 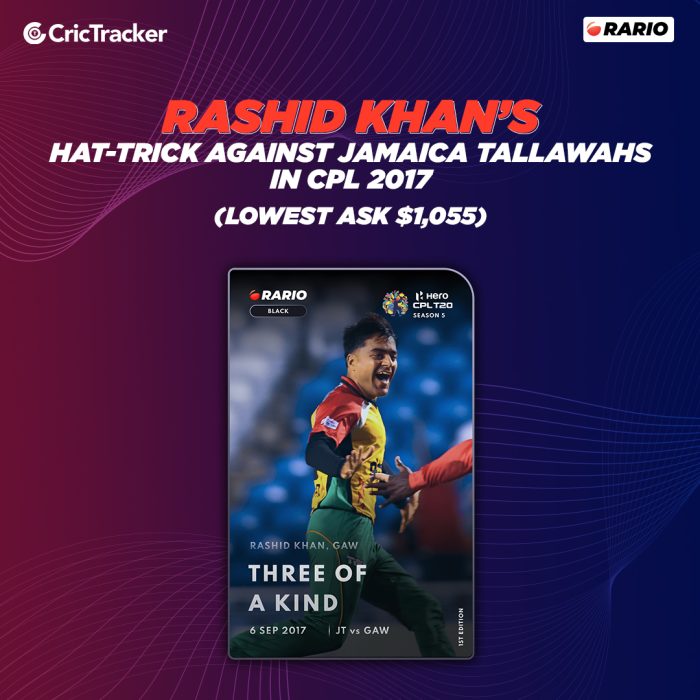 The star leg-spinner was at his best when he picked up a hat-trick in the 2017 edition of the Caribbean Premier League (CPL). The leg-spinner played a crucial role for his side Guyana Amazon Warriors, as he claimed his first career hat-trick in the playoffs encounter against Jamaica Tallawahs. The hat-trick was even more special considering all three wickets that he claimed were after rattling the stumps off googlies. 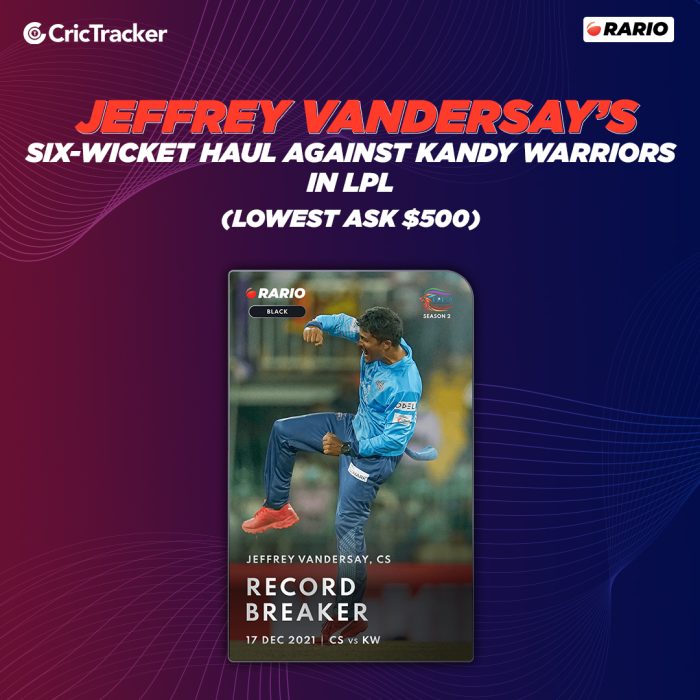 Jeffrey Vandersay became the first bowler to claim a six-wicket haul in Lanka Premier League (LPL) history. Vandersay bowled a sensational spell of 6/25 in 4 overs against Kandy Warriors with his victims being Kennar Lewis, Minod Bhanuka, Charith Asalanka, Sachindu Colombage, Kamindu Mendis, and Al-Amin Hossain. His spell restricted Warriors to 124 who were in pursuit of Stars’ 182. Stars qualified for the playoffs on the back of this win.