Sunil Narine had a great run in the BPL and is likely to do well in this format.

The Brian Lara Stadium wickets usually help batters more than bowlers since the ball comes off the bat nicely. This game’s trend is expected to continue.

Sunil Narine is a sharp striker with a spin bowling edge who does quite well in this format. He took four wickets in five T10 games, but he has yet to perform well with the bat.

Ravi Rampaul is a legendary bowler who has a wealth of experience. He has taken 8 wickets at an average of 15.00 in 6 T10 matches.

Kieron Pollard is one of the most dangerous short-format batsmen. His favorite job is to strike with the bat; in 16 matches, he has smashed 151 runs at an average of 50.3 and taken two wickets.

Tion Webster looked impressive in the most recent game and would like to carry that momentum into this tournament in order to secure his spot in the team. 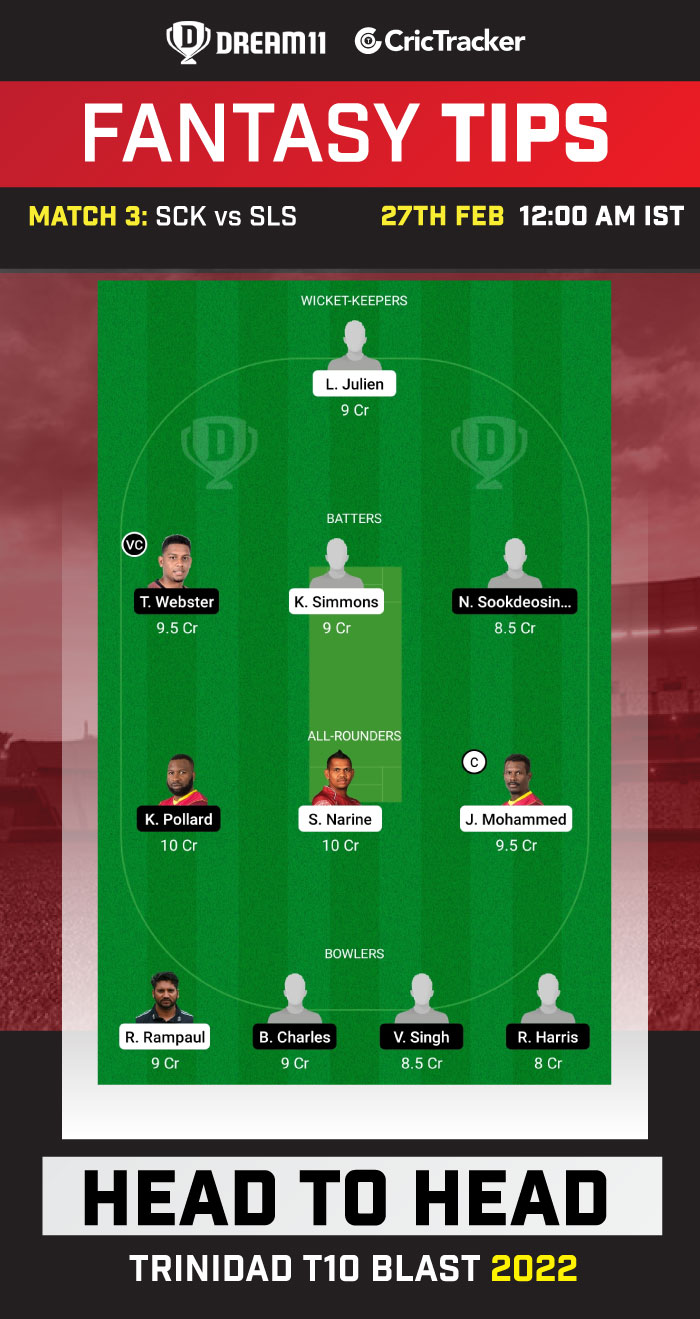 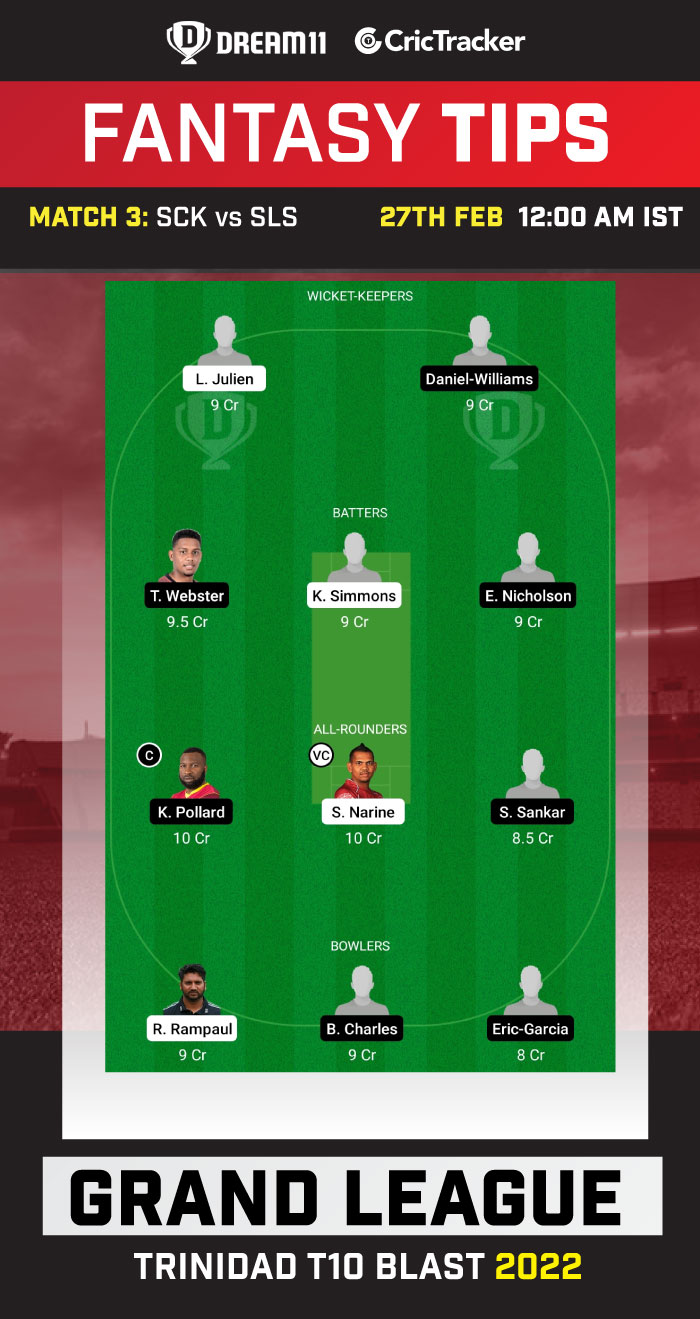 Soca King are expected to win this match.