The 2nd game of the 2019 United Arab Emirates Tri-Nation ODI Series part of the ICC Men’s Cricket World Cup League 2 will be played between United States of America and Scotland at the Sharjah Cricket Stadium.

The United States of America began the Tri-series in the UAE with a comfortable win, a tournament which is part of the CWC League 2. They defeated the home team in the opening match and moved on the top of the CWC League 2 team having won 4 of the five matches played. They will now be up against Scotland team won are 2nd in the League team. The Scottish team won three of the 4 matches in the Tri-series they hosted earlier this year. The Kyle Coetzer-led team is expected to start the tournament with a big win as they are in good form.

The Sharjah Cricket Stadium is unlikely to be affected by the weather on Monday during the match between USA and Scotland.

The chasing team’s good record this year at the Sharjah Cricket Stadium continued as the USA chased down the target of 203 in the 47-over match on Sunday. The track was on the slower side but is expected to play better on Monday. Anything around 275 can be considered as a winning total for batting first teams.

Kyle Coetzer usually scores a great percentage of Scotland’s runs in any format. Calum MacLeod is well known for scoring a big centuries and his consistency in scoring ODIs tons in close to that of Virat Kohli and Rohit Sharma. Aaron Jones is easily the most reliable batsman in the USA Squad. He has a healthy average across all formats for the United States. Skipper Saurabh Netravalkar picked up a 5-wicket haul on Sunday. 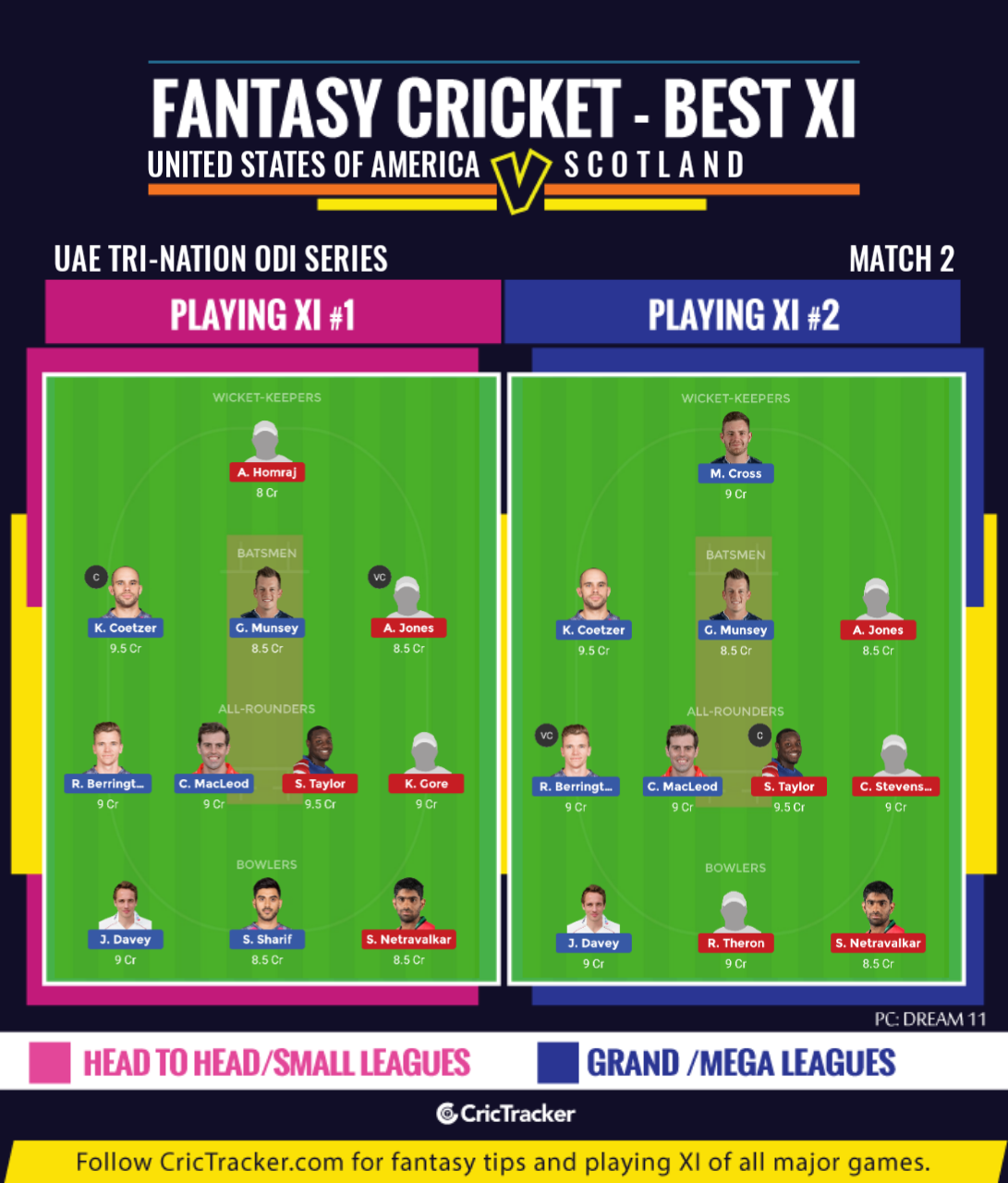 A lot number of players have picked up George Munsey as captain but he is likely to bat in the middle-order in the ODI format. Hence, making him captain or vice-captain makes very little sense. Richie Berrington could be ideal on a slower Sharjah track due to his medium-pace bowling.

Scotland is likely to start the tournament with a comfortable victory.