Muhammad Usman can be a good pick for this match.

United Arab Emirates and Ireland will lock horns with each other in match 6 of the UAE T20 League on Sunday, October 10. The latter emerged triumphant in the previous game against UAE. However, UAE bounced back stronger in the next match to display their fiefdom.

In the third match, UAE posted a target of 164 for Ireland. The hosts then exuded a clinical bowling performance, owing to which Ireland were wrapped up at just 109. Heading into this match, both the teams will be keen on putting their ‘A’ game to the table.

The pitch is expected to be a balanced one. The pacers might get an edge on this surface. On winning the toss, bowling first can be a good alternative.

Palaniapan Meiyappan picked up four wickets in the last match against Ireland to be one of the architects of the team’s victory. He will be determined to perform for the side. He can be a good pick for this match.

Chirag Suri is the second-highest run-getter of the league so far. In the last match, he hit an impressive half-century. Suri will be keen to take the momentum further for the team in this encounter.

Muhammad Usman added 32 runs to the team’s account in the previous encounter. In the league so far he has chipped in 95 runs. 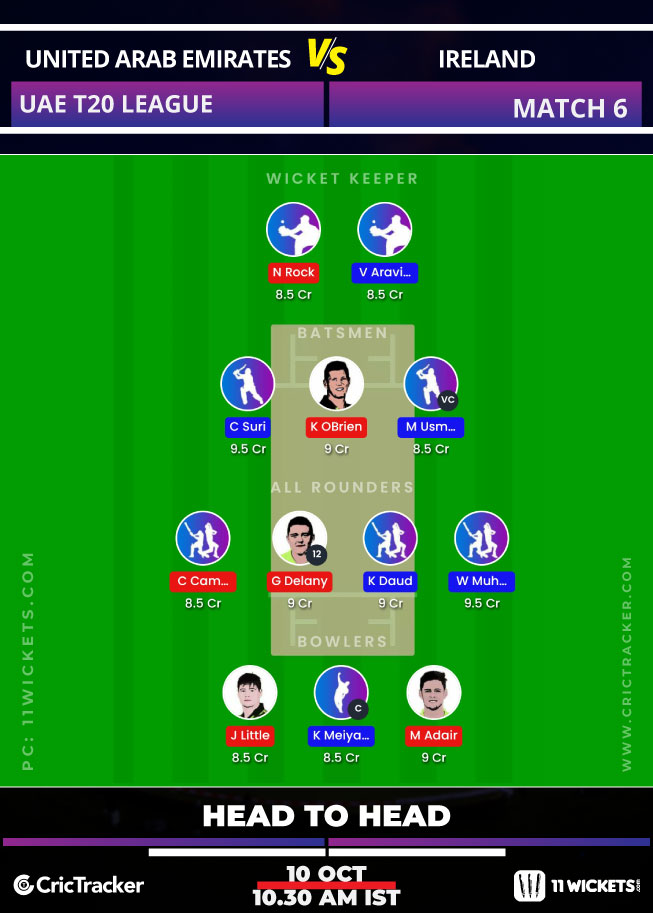 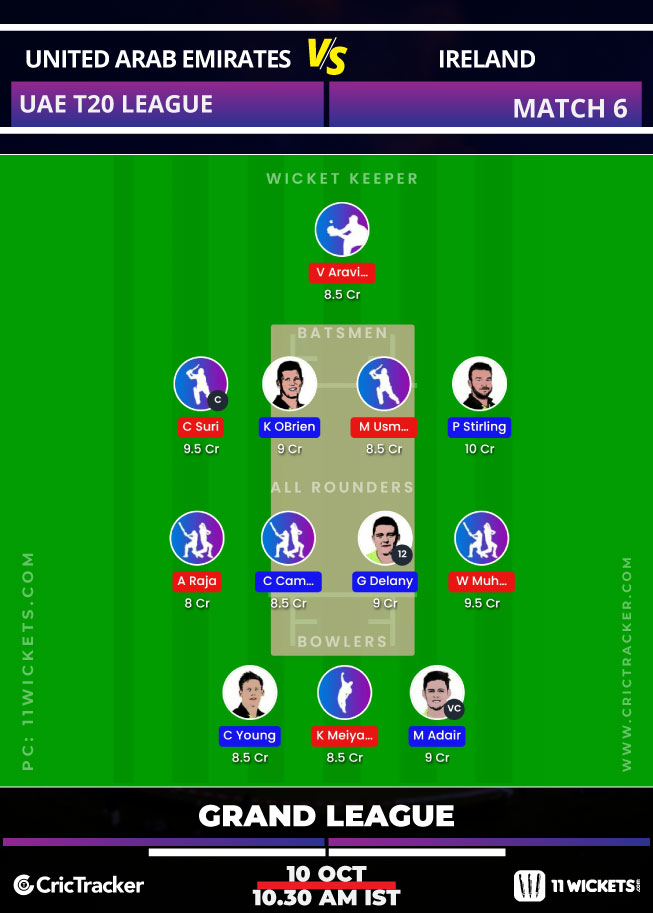