Stan Ahuja is a good captaincy option for this encounter.

United will be against Baneasa in matches 17 and 18 of the ECS Romania T10 tournament. Both these clashes are scheduled to take place at the Moara Vlasiei Cricket Ground in Bucharest on Friday (July 16).

While the first match is slated to begin at 11:30 AM, the second encounter will start at 01:30 PM. Fans can watch the match live on the FanCode app.

United have had a mixed campaign so far as they lost two of their four games. They started the season on a grand note, defeating Bucharest Gladiators comprehensively in the first two games. However, their next two assignments against Cluj weren’t that great. United lost the two encounters by 24 and 27 runs respectively. Hence, they would like to get back to winning ways.

On the other hand, nothing much has gone Baneasa’s way this season. They faced ACCB and Bucharest Gladiators in their previous fixtures and suffered defeats. Subsequently, they are reeling at the last position. Hence, it would be interesting to see how they perform against the United side.

Captaincy Picks for UCC vs BCC:

The United dasher has been in fine form in recent ECS competitions and he would like to continue his purple patch. Ahuja likes to go after the bowlers from the outset and his wide range of shots helps him score more freely. He has a strike rate in excess of 140 in this competition.

Another player who can shine in this contest is Ramesh Satheesan. The United skipper has played a couple of blistering knocks this season and even has a hundred under his belt. Hence, Baneasa bowlers must come up with a solid game plan to tackle him. 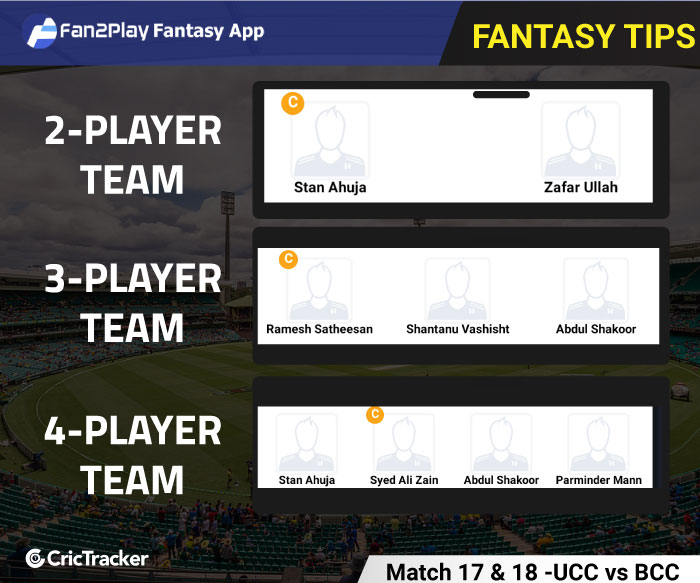 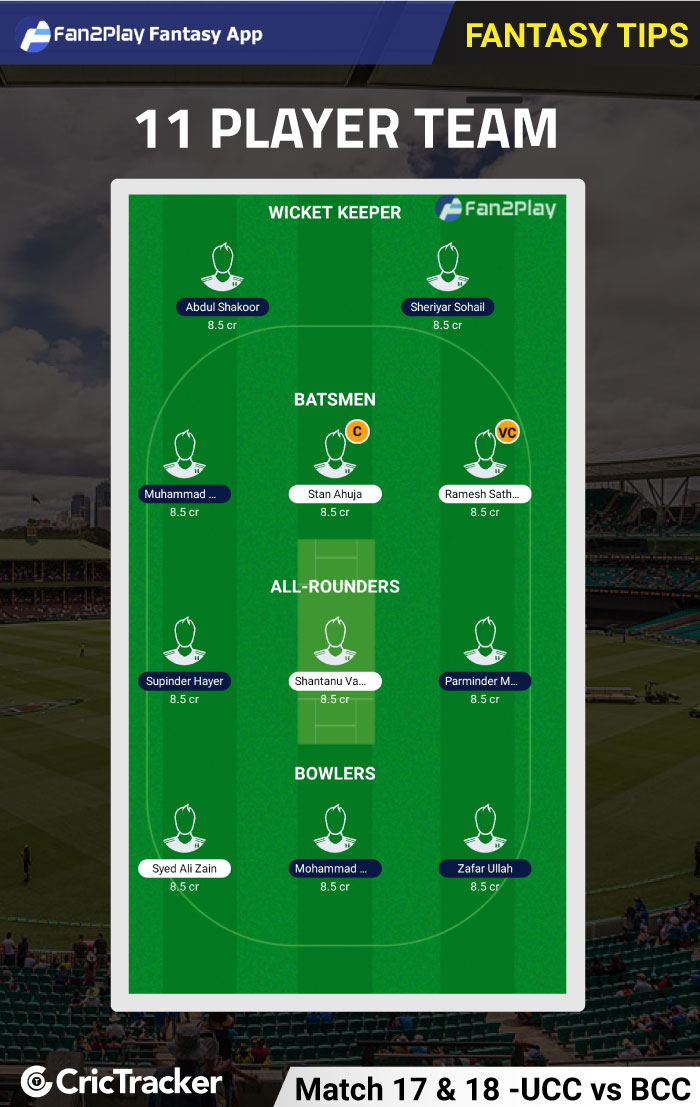