Anirudh Ram is a good captaincy option for this rubber.

Umea will take on the Forenom Royals in the 10th Match of the ECS Sweden T10 tournament. This clash is slated to take place at the Norsborg Cricket Ground in Stockholm.

The Umea side is currently placed at the last place in the points table. In the only match that they have played in the tournament thus far, they were hammered by the Pakistanska Forening side by 7 wickets.

The Forenom Royals are positioned at 4th place in the points table. They have lost both the matches that they have played in the tournament. In their previous match against the Stockholm outfit, they were decimated by 68 runs.

Probable Playing XIs for UME vs FOR

Captaincy Picks for UME vs FOR

Majid Mustafa was the only batsman from the Umea side who scored in double digits in their clash against the Pakistanska Forening side. Mustafa is an important part of the Umea batting lineup and is a player to watch out for.

Anirudh Ram was the top scorer for the Forernom Royals side in their previous rubber against the Stockholm side. He scored 19 off 11 deliveries. Ram will look to produce a good performance in the match against the Umea outfit. 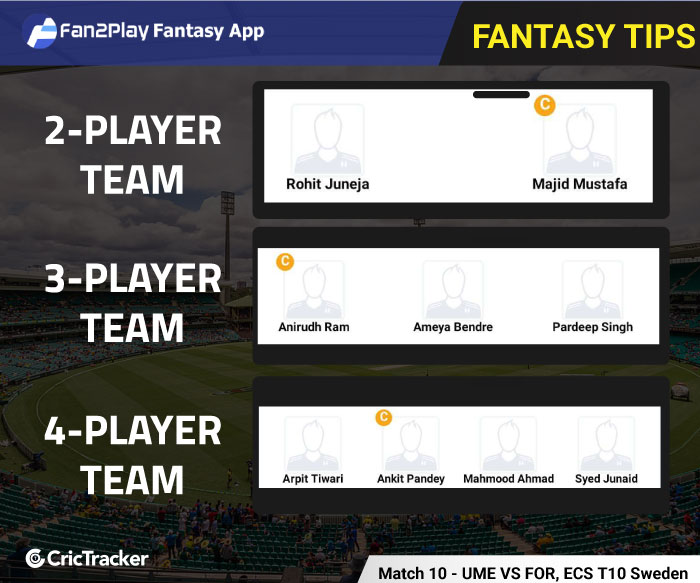 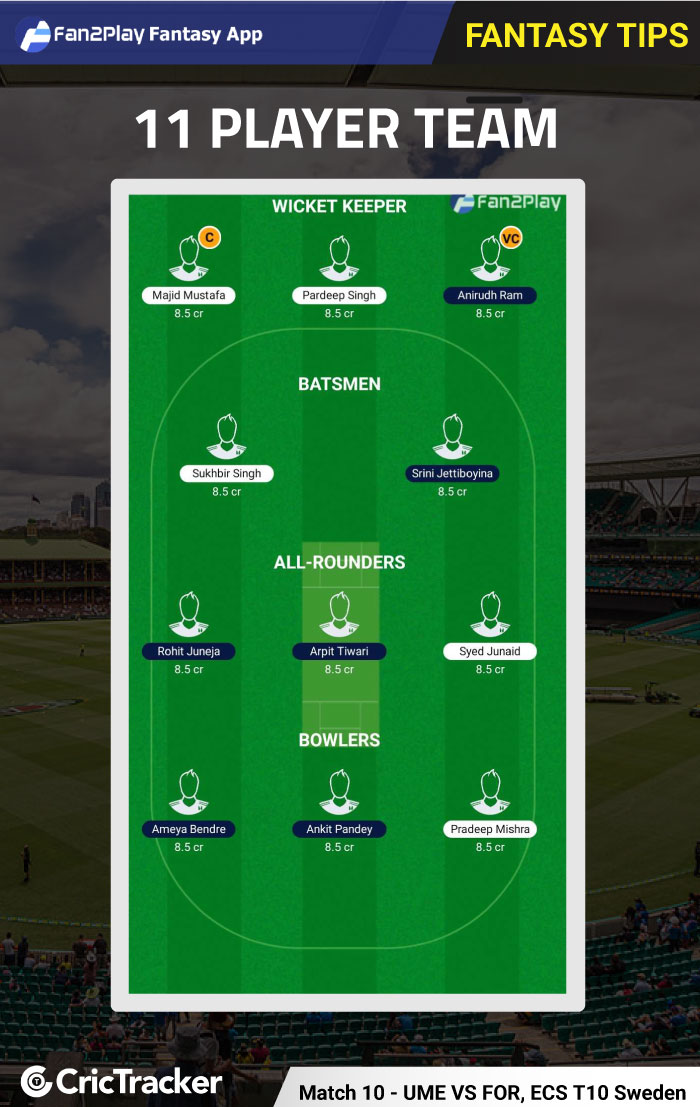