Majid Mustafa is a good captaincy choice for this rubber.

Umea will lock horns with the Forenom Royals in the 8th Match of the ECS Sweden T10 tournament. This encounter will be held at the Norsborg Cricket Ground in Stockholm.

The Forenom Royals have experienced a disastrous start to their campaign in the ECS Sweden T10 tournament. The side has lost both matches that it has played, and is placed at the last place in the points table in Group A. They were walloped by the Stockholm side by 68 runs in their previous rubber.

The Umea side is yet to open their account in the tournament. They will be playing in this tournament for the first time. Umea is a side that is not to be taken lightly.

Probable Playing XIs for UME vs FOR

Captaincy Picks for UME vs FOR

Majid Mustafa is the skipper as well as the batting talisman of the Umea side. He will definitely hold the key for his side with the willow at the top of the order. If Mustafa can get going, then Umea can seize the initiative over their opposition.

Arpit Tiwari produced a top-class performance in Forenom Royals’ match against the Botkyrka side. While he picked up 3 wickets in the 1.5 overs that he bowled, he also smashed a 19-ball 25 with the willow as well. 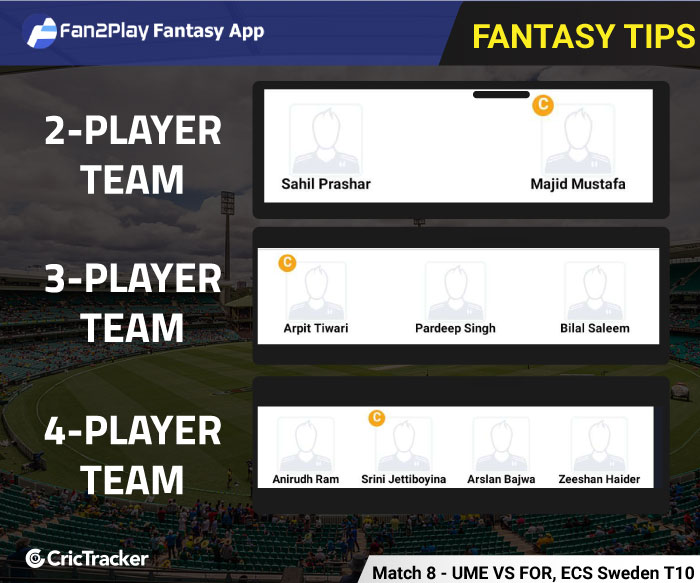 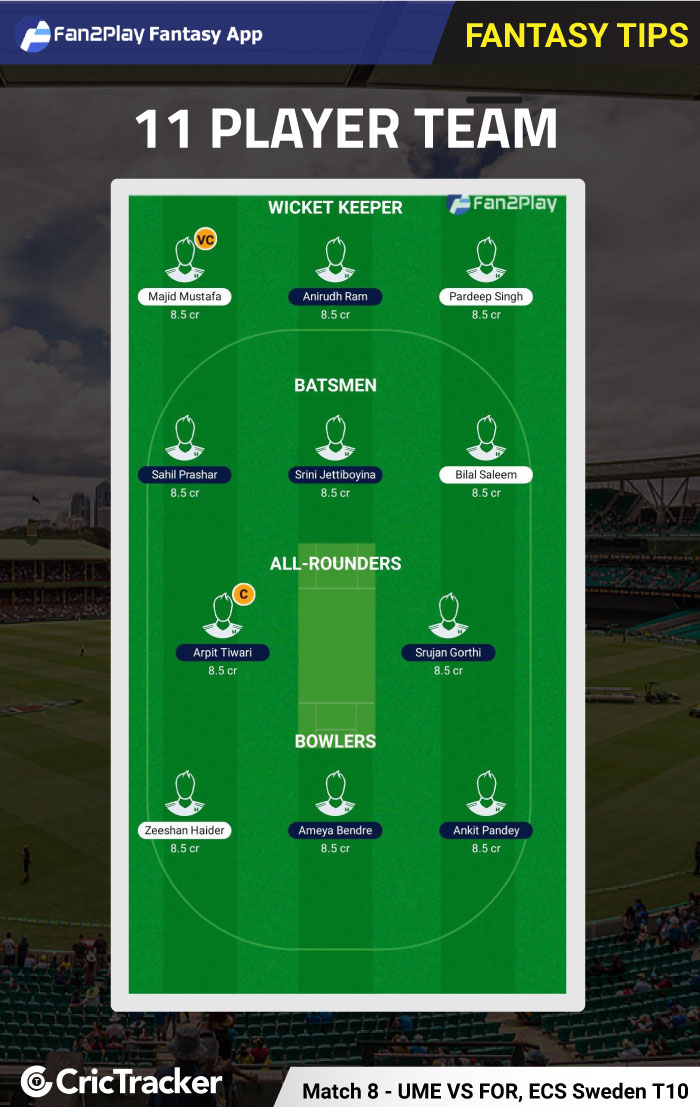