Mohammad Vajjih Ali will be a good captaincy option for this match.

Umea and Pakistanska Forening will face each other in Match No.6 of the ECS Sweden T10 tournament. This match will be held at the Norsborg Cricket Ground in Stockholm.

The Pakistanska Forening side experienced a wonderful start to their campaign in the ECS Sweden T10 tournament. The side has won both matches that it has played thus far and is occupying first place in Group A. They comfortably beat the Stockholm CC side by 30 runs in their previous match.

The Umea side, on the other hand, will be appearing in the tournament for the first time. They will look to cause an upset in their first match by beating the formidable Pakistanska Forening side.

Captaincy Picks for UME vs PF

Mohammad Vajjih Ali played a crucial role with the willow in Pakistanska Forening’s match against the Stockholm CC side. He scored a quickfire 32 at a strike rate in excess of 185 and helped his side post a victory over their opposition.

Bilal Muhammad produced an excellent performance with the ball in Pakistanska Forening’s previous match. In the 2 overs that he bowled, Muhammad gave away just 5 runs, and also picked up 2 wickets as well. 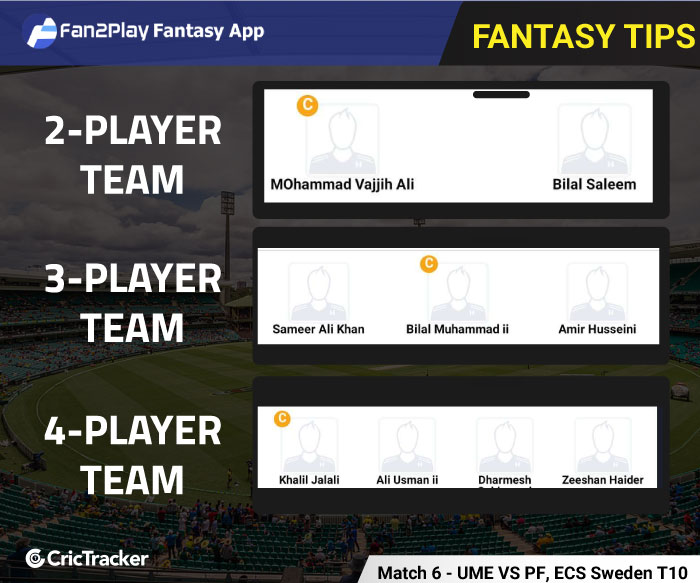 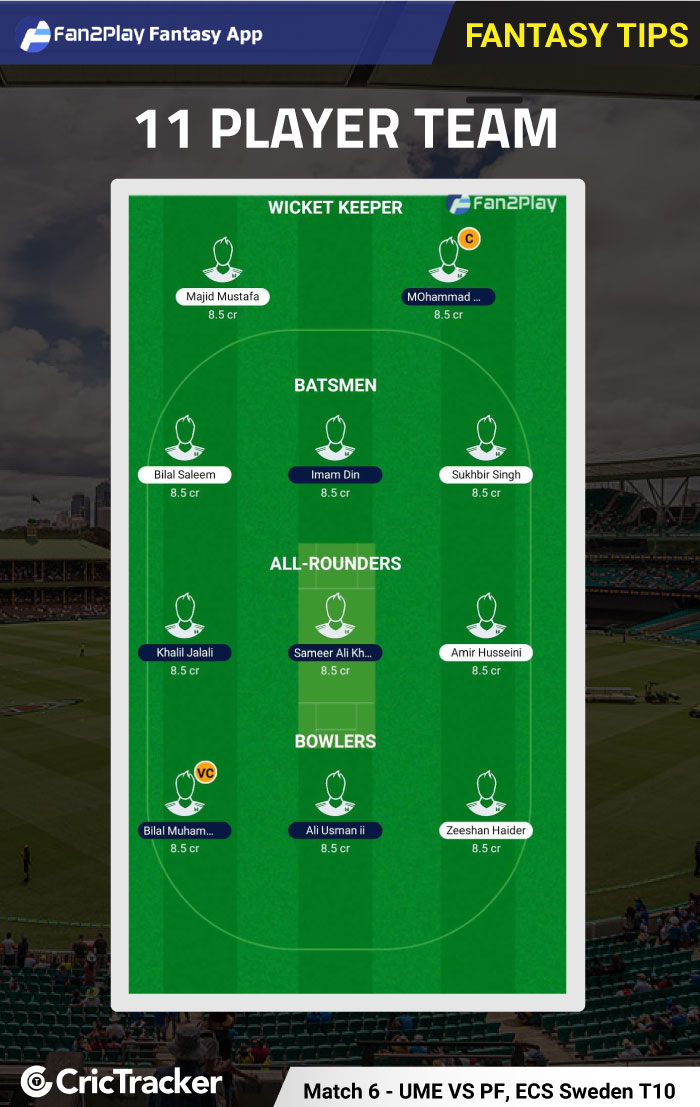