Archan Vaidya is a good captaincy pick for this contest.

Umea will take on the Stockholm side in match no. 12 of the ECS Sweden T10 tournament. This match between these two sides will be played at the Norsborg Cricket Stadium.

This encounter will be played on July 21 (Wednesday) and has a start time of 6:30 PM IST.

Umea haven’t made a fruitful start to their ECS T10 Sweden campaign and they would like to change their fortunes soon. Having lost their first two games, they are currently reeling at the rock bottom of the Group A standings. Their last fixture against the Forenom Royal was tied, before they lost the contest through Golden Ball.

On the other hand, Stockholm also haven’t either enjoyed a stellar run this season. With one win in four games, they are currently third in the Group A team standings and would be raring to up the order.  They’ll head into the upcoming fixture on the back of an 11-run loss to Botkyrka.

Captaincy Picks for UME vs STO:

Although Stockholm haven’t done much this season, Archan Vaidya has impressed one and all. The dashing opener likes to attack bowlers from the outset, and showcasing resistance isn’t a problem for him either. Vaidya played an impressive 35-run cameo in his last assignment and he won’t mind putting up a similar or even better show.

Another player who can shine in this contest is Umea bowler Hani Hassan. The pacer doesn’t tend to leak a lot of runs and his wicket-taking ability makes him a captain’s delight. So far, he has scalped three wickets in two games at an impressive economy rate of seven. 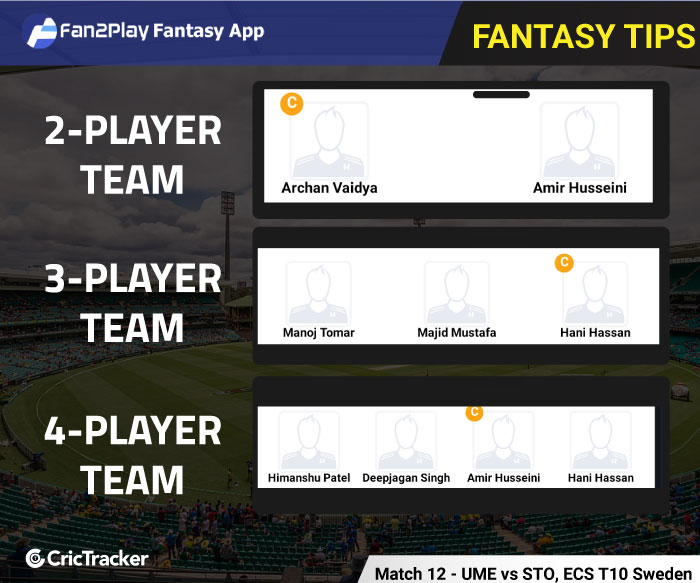 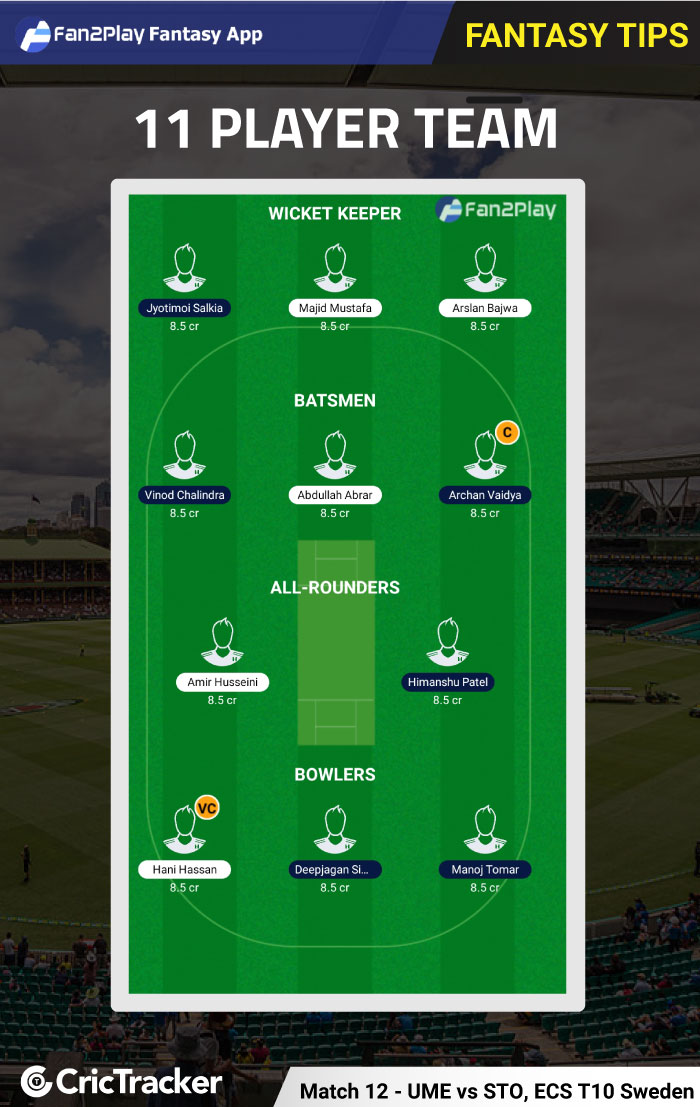