Mid-Atlantic Zone is expected to win this match.

West Zone Blues will go head-to-head against Mid-Atlantic in the 3rd match of the USA One Day National Championship 2021. This match is scheduled to play at the Minute Maid Park in Houston on Thursday. It is going to be an 8-team tournament that started on 15th November. West Zone Blues has announced a strong squad that comprises some exciting players in batting and bowling.

Talking about Mid-Atlantic Zone, they had a decent outing in their first match against South Zone. After being asked to bat first, Mid-Atlantic Zone posted a decent total of 240 runs and lost the match by one wicket. They will be looking to win the upcoming match to gain some momentum for the rest of the tournament.

The wicket will favour both the batters and the bowlers. Batters need to hang in there for long to put huge runs on the board, whereas the bowlers need to stick to their game plan.

Nisarg Patel made his ODI debut for the USA against Papua New Guinea in 2019. So far, he has played 14 games and scored 212 runs and picked 15 wickets as well.

Timil Patel is the other player to be picked up from the West Zone Blues team. He has featured in 7 ODI matches and scored 72 runs while picking up 6 wickets.

Raj Bhavsar failed to contribute with the bat but has done the job with the ball. He scalped 4 wickets and conceded 50 runs in his spell.

Ryan Scott got a good start to his innings but failed to convert it to a big one. He scored 44 runs and would be looking to better his numbers in the upcoming match. 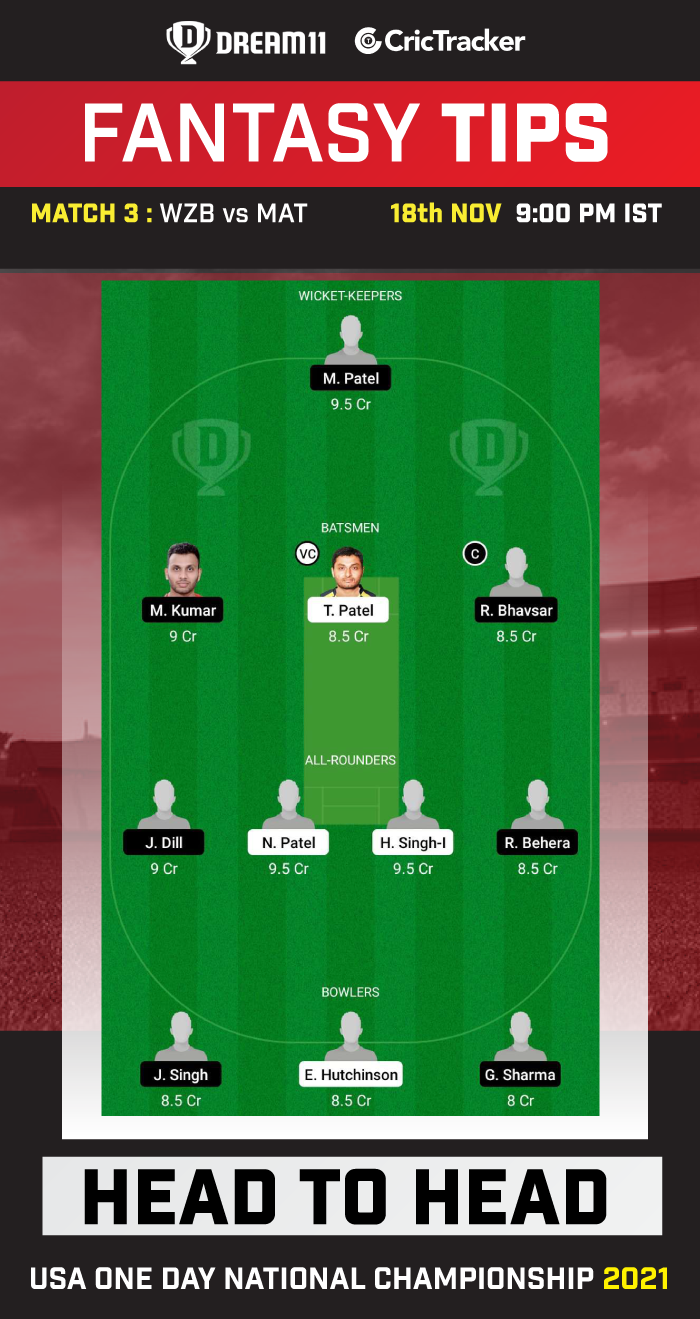 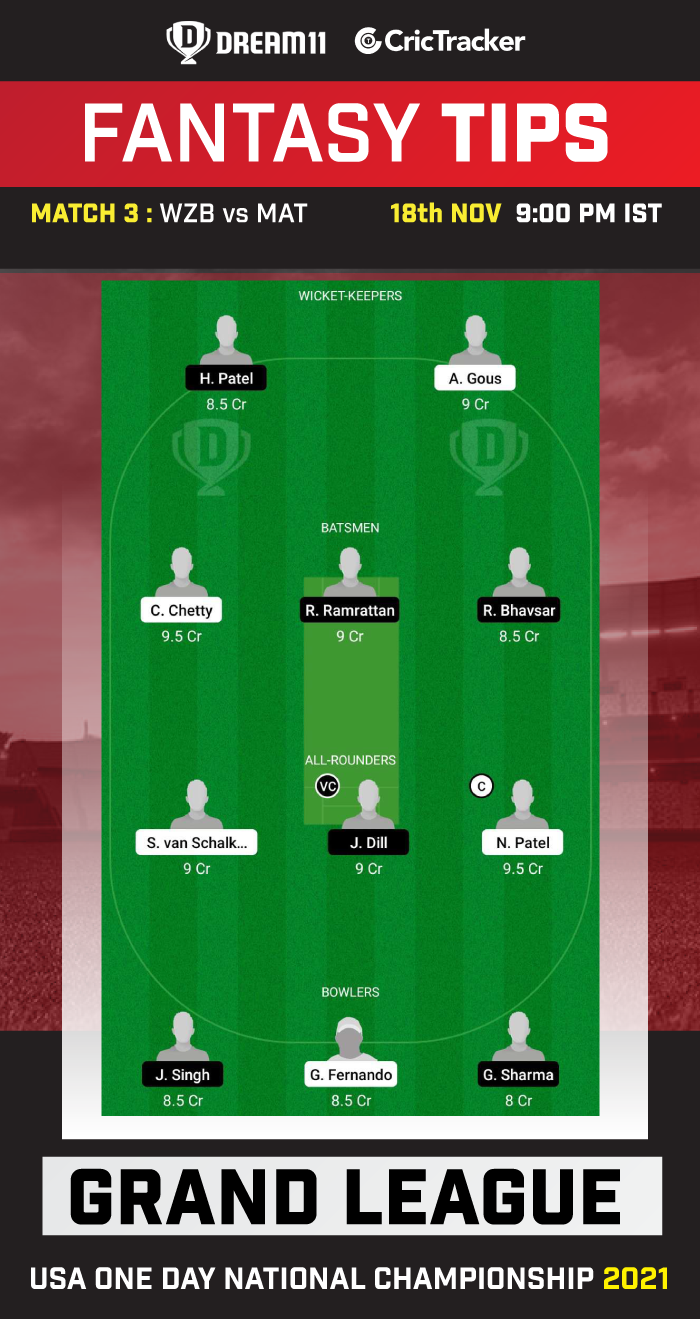 Mid-Atlantic Zone is expected to win this match.