Joshua Rasu is a popular captain option in Fantasy.

The 8th match of BetBarter Vanuatu Blast T10 League 2020 will be played between Mighty Efate Panthers and Ifira Sharks at the Vanuatu Cricket Ground – Hybrid Oval.

On Saturday, June 6, Ifira Sharks and Mighty Efate Panthers lock horns with each other in a much-anticipated match. The two teams have played against each other already in this tournament twice. On both those occasions, Mighty Efate Panthers have had an upper hand. And it should be pointed out that on both these occasions, Panthers have had a comprehensive win.

Clearly, this match will be sort of a revenge clash for the Sharks. Given the situation in the league, Sharks would want to win this clash. With two wins from their four matches, they are at the second spot in the points table. However, they will be aware that at any point in time, the tide could change and cause their campaign to change. On the other hand, Panthers who are holding the top position at this moment with three wins would want to strengthen their position and qualify for the final.

The weather conditions will be quite pleasant, going by the report on Accuweather. There are no chances of rain, even though the weather will be slightly cloudy. The temperatures will range between 22 and 25 degrees.

The pitch at the Vanuatu Cricket Ground has been a tricky one as far as the few matches are concerned. The team batting first has played well on this track. We can expect that to happen again. As we have found from the previous two matches, the wicket will get difficult to bat on as the game progresses.

As far as the Panthers are concerned, the team depends heavily upon their captain, Joshua Rasu. The skipper has performed as well with 117 runs and eight wickets to his name so far in the tournament. With six wickets and 76 runs, Wesley Vira has also proven to be a match-winner. Another star of the side has been Simpson Obed, who has scored 88 runs and taken seven wickets.

Just like Rasu, Nalin Nipiko has also led his side from the front in this tournament. He has scored 139 runs and taken three wickets and should be a top pick going by his current form. Apolinaire Stephen is a great choice as well. He has taken six wickets in four matches so far and bowled pretty well. 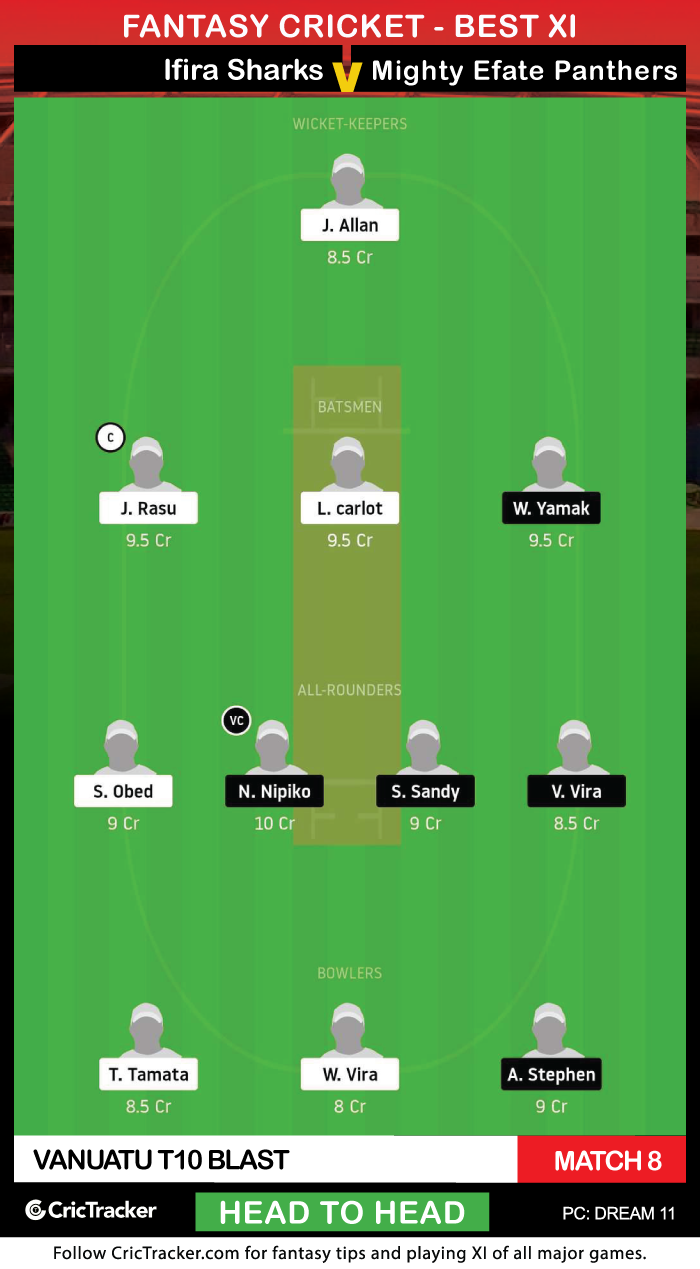 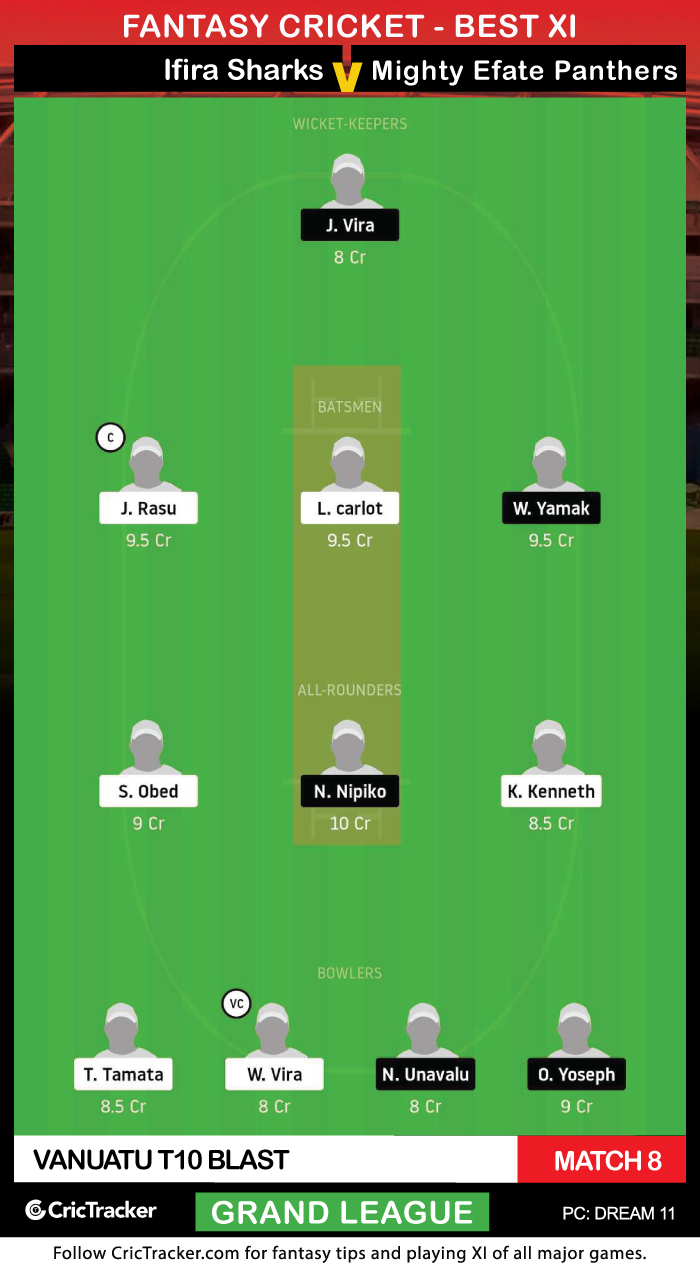 It will be better if you wait for the toss before you decide on your fantasy XI because teams might make some changes going into this crucial game.

Going by the tournament records, Mighty Efate Panthers are firm favourites in this match.