VCA Orange is expected to win this match.

VCA Orange is going to clash with VCA Green in the first match of the day in the VCA T20 tournament. VCA Orange is in tremendous form, having won 4 out of their five matches in the ongoing competition. VCA Orange won their previous encounter against VCA Blue by a margin of 34 runs. They are ruling the league table with 16 points in their bag.

Coming to VCA Green, they have featured in five matches, winning two and losing three. They will be keen on putting up a brilliant performance in order to take the two crucial points in their kitty. However, VCA Orange would want to keep the same winning momentum in the upcoming fixture against VCA Green.

The batters have found their ways in putting up huge runs on the board, as we witnessed some high-scoring matches on the last few days of the tournament.

The skipper of the side Siddhesh Wath is in top-notch form with the bat. He scored a brilliant hundred in the previous encounter against VCA Blue.

Akshay Karnewar is a must-have player in your fantasy team. He has scored 95 runs while also picking up 9 wickets with the ball.

IPL 2022: Here is the list of all the bidders and their amounts for the two new IPL teams

Kedar Jagtap came out of the syllabus in the last encounter against VCA Blue. He scored a match-winning knock of 62 runs and will be looking to aggregate more in the upcoming game.

Harsh Dubey is the other player to be picked from the VCA Green team. He has bagged 7 wickets after featuring in five matches. 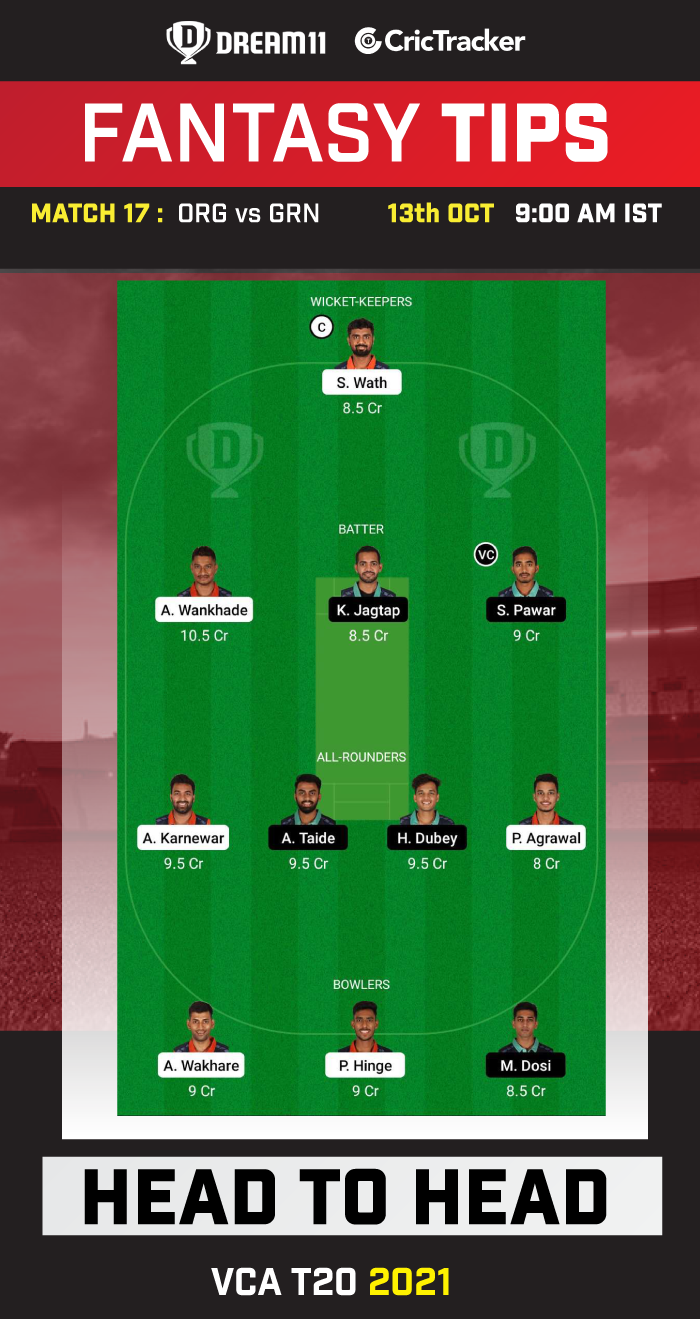 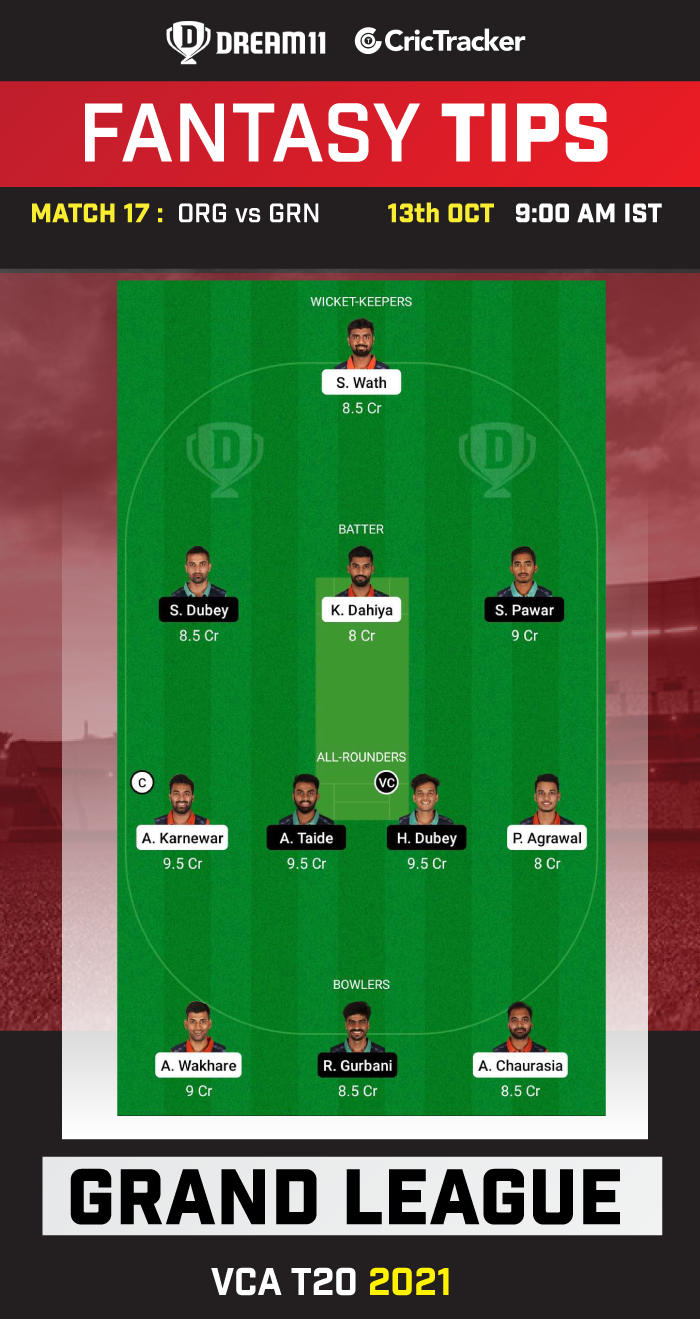 VCA Orange is expected to win this match.