VCA Yellow will be taking on the VCA Orange in the first match of the day in VCA T20 2021 on Friday. Talking about VCA Yellow didn’t have a great tournament as they have won only 2 out of the seven games they played. Currently, VCA Yellow is placed just above the last position in the team standings.

Coming to VCA Orange, they have had a decent outing so far in this competition. VCA Orange lost their previous encounter against VCA Sky Blue and will look to make a comeback in the upcoming fixture. Having a look at the points table, VCA Orange is positioned on the 3rd spot with 16 points in their bag.

Considering this format, the wicket looks a balanced one. Even the bowlers are having a great tournament with the ball so far. Even the score of 150 is defendable if the bowlers stick to their plans.

Akshay Dullarwar has been the top-class all-rounder for VCA Yellow in the ongoing competition. He has scored over 100 runs while picking up 6 wickets with the ball.

Ganesh Bhosle did exceptionally well with the ball in the previous encounter against VCA Green. He ran through the batting lineup and bagged 5 wickets while conceding just 21 runs in his spell.

The skipper of the side Siddhesh Wath is a must-have player in your fantasy team. He has amassed 323 runs after featuring in seven games.

Akshay Karnewar is the other must-have player in your fantasy team. He has scored 116 runs and also bagged 12 wickets for his team. 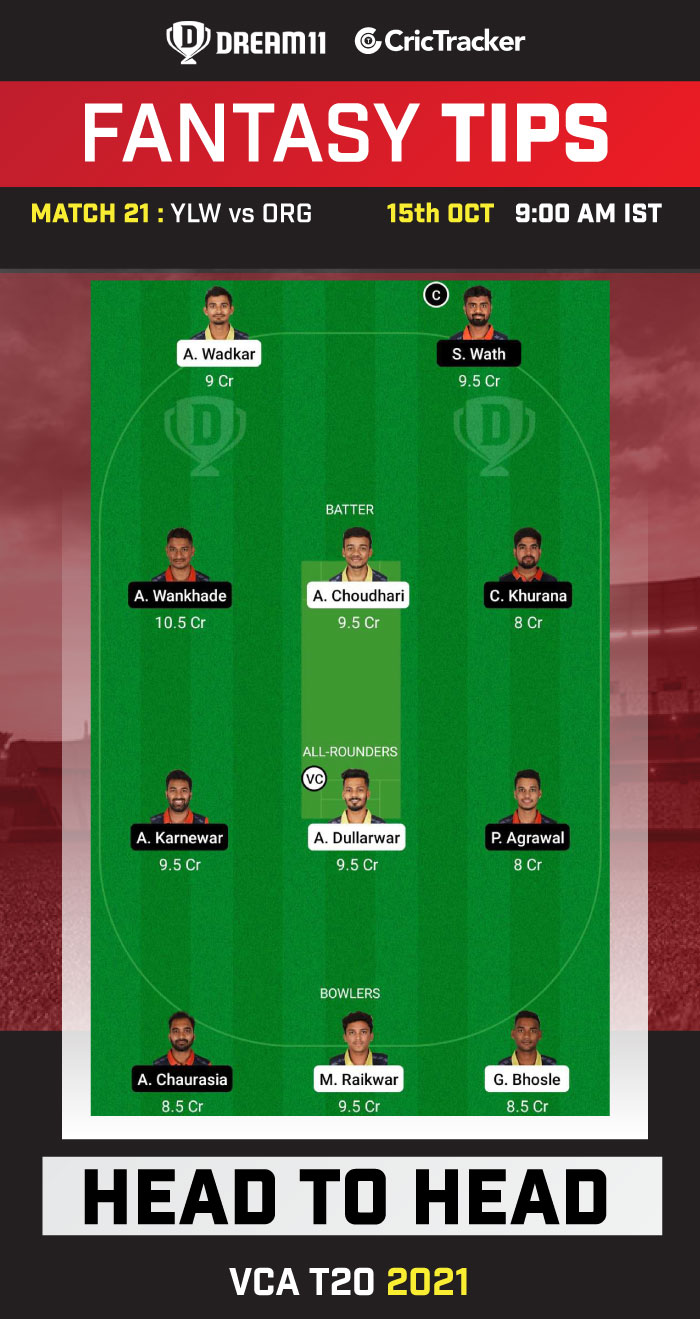 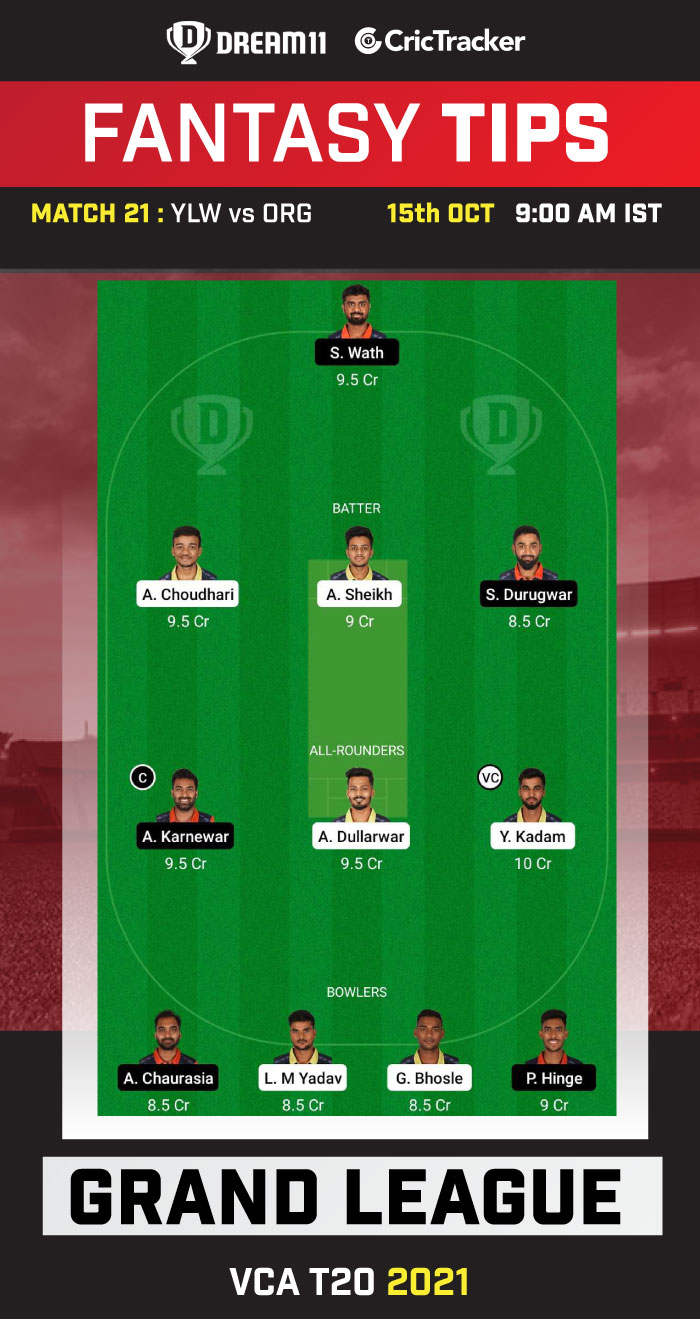