Israfeel Zazai is a good captaincy pick for this clash.

Match 27 and 28 of the ECS Kiel T10 tournament will see the VFB Fallersleben side clashing against SC Europa Cricket. The Kiel Cricket Ground will be the venue for this clash.

The SC Europa Cricket side has won both the matches that it has contested in the tournament and are occupying 2nd place in the points table in Group B. In their previous match against the THCC Hamburg side, the SC Europa Cricket outfit easily defeated their opposition with 6 wickets to spare.

The VFB Fallersleben side have struggled in the tournament thus far and is placed at last place in Group B. The side has not managed to emerge triumphant in both the matches that it has played. In their previous match against Kummerfelder Sportverein, they were comprehensively beaten by 59 runs.

Captaincy Picks for VFB vs CRI

Even though he was on the expensive side, Rama Chandra Bhumireddy scalped 2 wickets in the 2 overs that he bowled in VFB Fallersleben’s previous clash, and put the brakes on the scoring rate of the opposition. He will be a tough bowler to handle.

Israfeel Zazai was the only batsman who took the attack to the opposition in SC Europa Cricket’s previous clash against THCC Hamburg. He scored a whirlwind 49 off just 21 deliveries and allowed his side to cross the finish line. 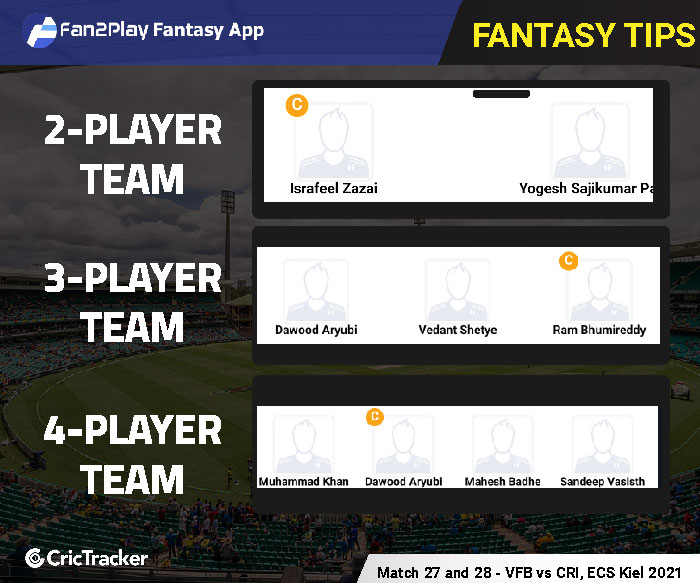 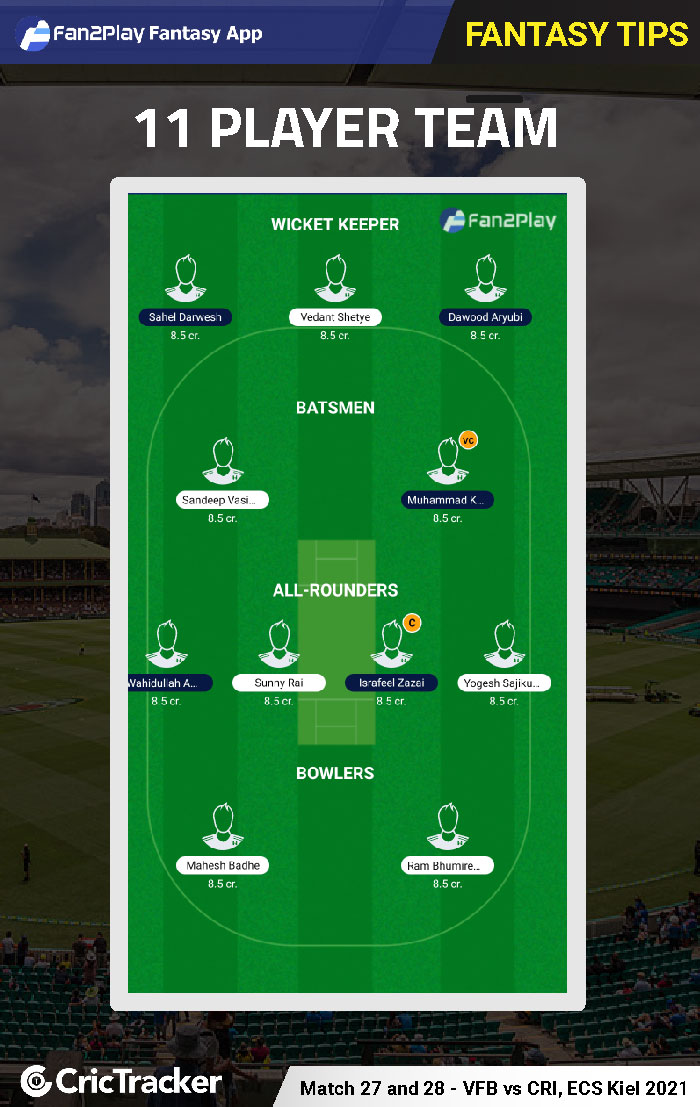