Ayush Sharma is an all-rounder who has the capability of delivering both with bat and ball.

The 1st and 2nd matches of the ECS Krefeld 2021 will be played between VfB Gelsenkirchen and Koln Challengers at Bayer Uerdingen Cricket Ground in Krefeld on 17th May.

VfB Gelsenkirchen will go head-to-head against the Koln Challengers in the 1st and 2nd match of the ECS Krefeld 2021 on Monday. Both the teams are inexperienced in this format haven’t played any of the ECS Tournaments before and it will amazing opportunity to showcase their talent to the cricketing world.

Suliman Hugakhil and skipper Swapnil Varhade are the prominent players in the VfB Gelsenkirchen team. On the other, Koln Challengers have got the players with the likes of Amey Potale, Sriram Gurumurthy, and Kesava Moti who can make a difference for the side.

Captaincy Picks for VG vs KCH

21-year-old Suliman Hugakhil is one of the upcoming players and he is ready to grab the opportunity with both hands in this tournament. Not much information is available about his previous stats.

Ayush Sharma is an all-rounder who has the capability of delivering both with bat and ball. You can pick him as a skipper for your fantasy teams. 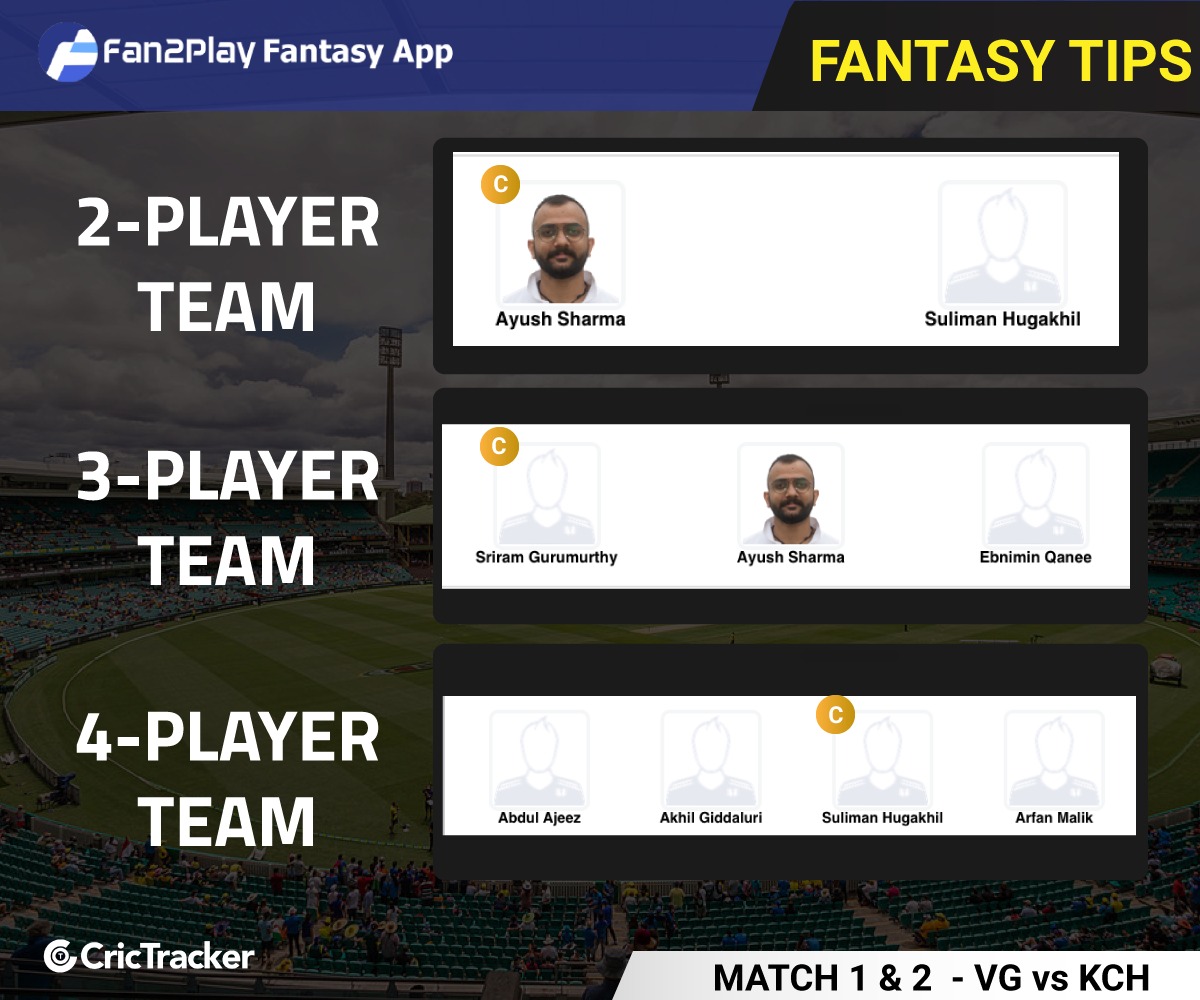 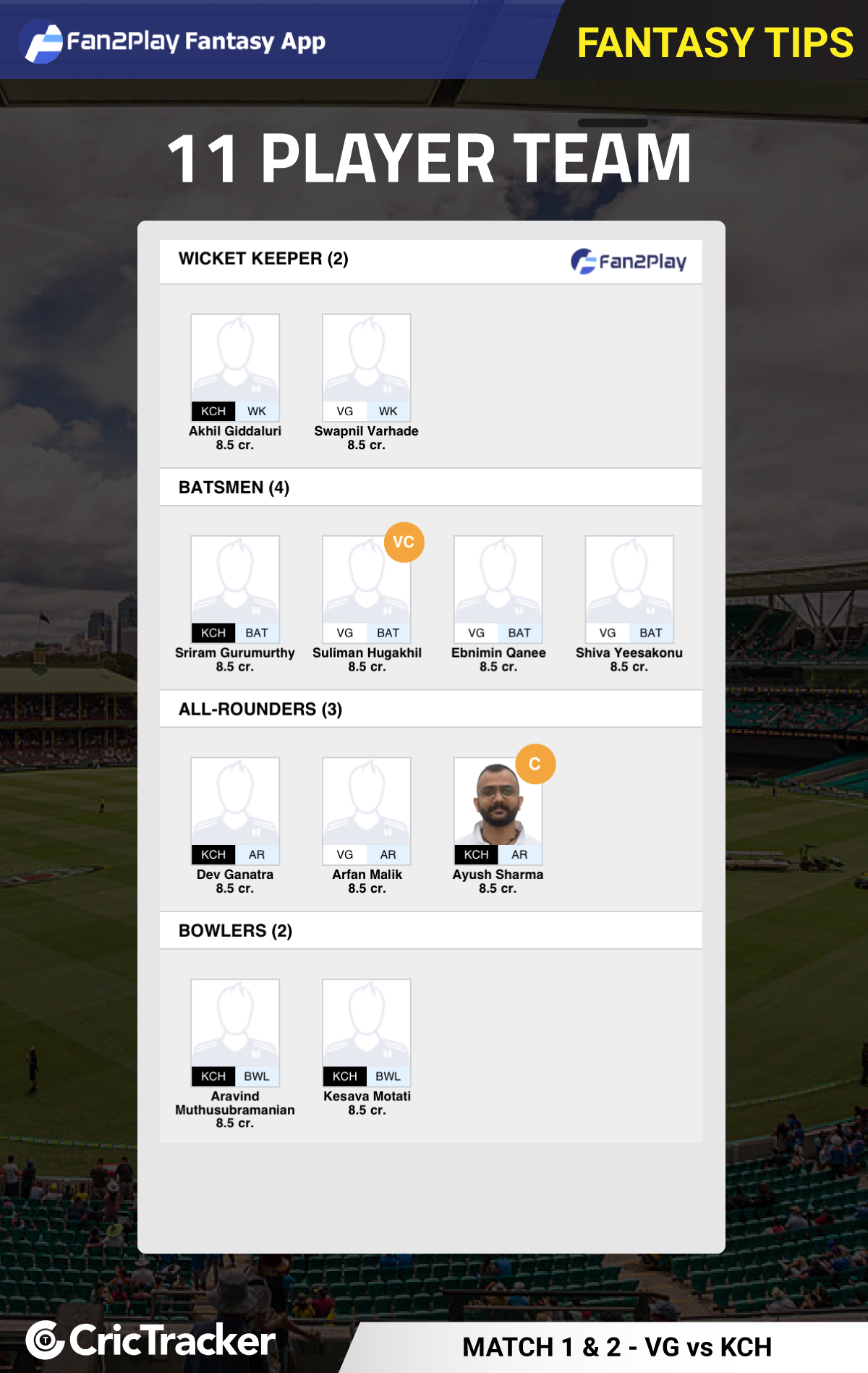